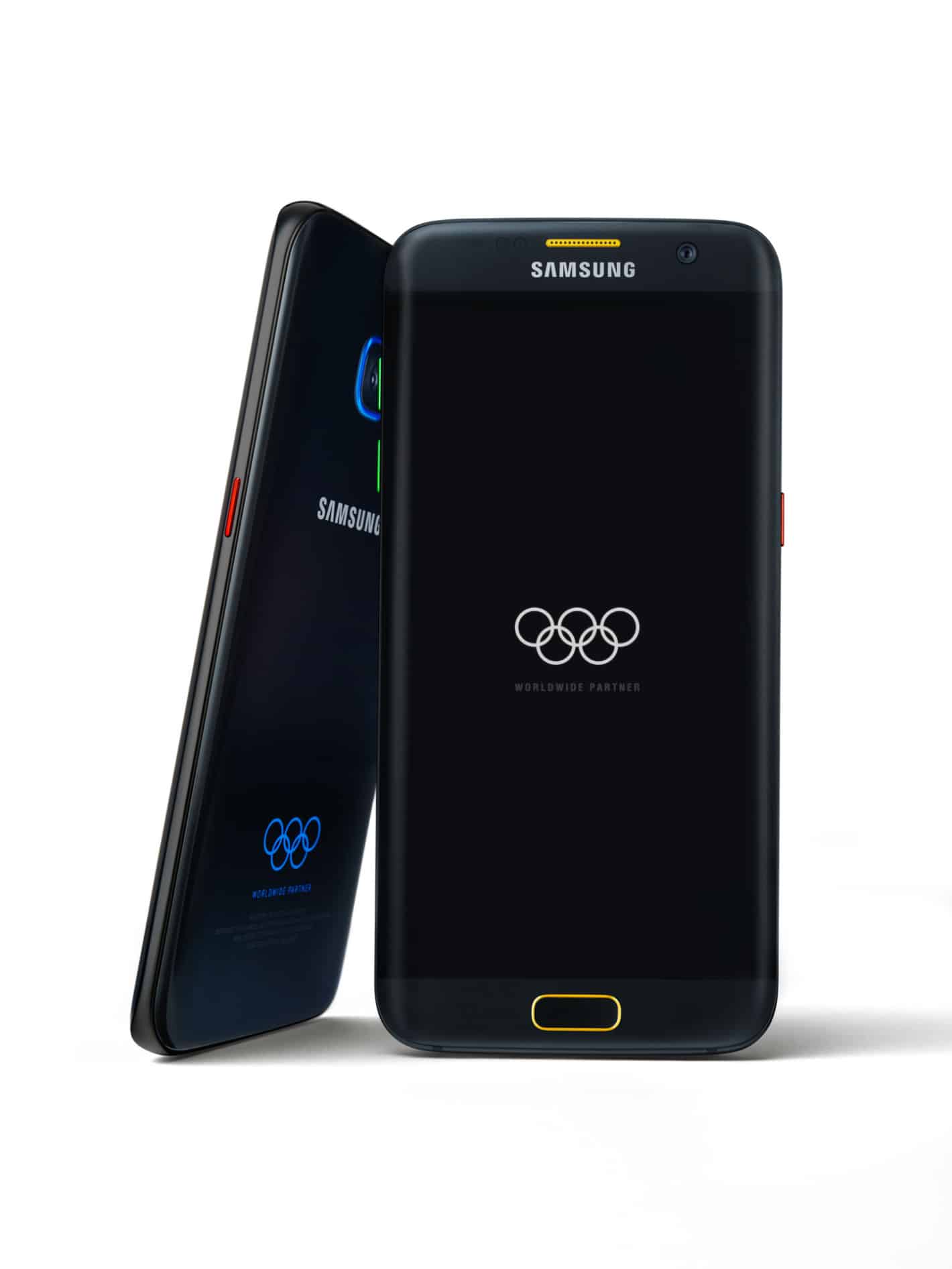 The Rio 2016 Olympic Games Opening Ceremony is set to commence in less than two days from now, and today Samsung Electronics took the opportunity to announce its gift to all the 12,500 athletes competing in the Olympic Games. In collaboration with the International Olympic Committee, Samsung Electronics is now giving a Samsung Galaxy S7 Edge Olympic Games Limited Edition smartphone to every athlete competing in the event. According to the official press release, “the commemorative smartphones are meant to help Olympians enhance their experiences in Rio and communicate with friends and family around the world more conveniently”.

Samsung Electronics is the Worldwide Olympic Partner in the Wireless Communications Equipment area for the Rio 2016 Olympic Games, and readers who have kept a close eye on the previous rumors should know that the tech giant has prepared a special edition Samsung Galaxy S7 Edge variant solely for the 2016 Olympic Games. 12,500 of these special edition variants are now offered to all the athletes participating in the event, but as a reminder, the Samsung Galaxy S7 Edge Olympic Games Edition is not reserved solely for Olympians. It is a limited edition smartphone and it can be purchased off-contract in select regions, including the US, through outlets including Best Buy. Spec-wise the smartphone shares the same characteristics with the regular model launched several months ago, and that’s a good thing too considering the fact that the Galaxy S7 Edge is one of the best Android smartphones of the year. It boasts a curved 5.5-inch Super AMOLED display with a resolution of 1440 x 2560, a Qualcomm Snapdragon system-on-chip, 4 GB of RAM, a powerful 12-megapixel camera with great performance in low-light conditions, and a 3,600 mAh battery to keep everything going. But while the hardware specifications remain unchanged, the Samsung Galaxy S7 Edge Olympic Games Limited Edition has been treated with a unique color scheme. It has a Black Onyx finish, a blue Olympic Games logo carved on the back panel, blue inserts surrounding the main camera, a yellow speaker grille and fingerprint sensor highlight, green volume buttons and a red power key.

Keep in mind that although the Samsung Galaxy S7 Olympic Games Limited Edition is available for purchase in select regions, as the name implies it won’t be for long, and thus you may want to hurry up before this collector’s item will be out of your reach. Then again, if the new color scheme is not your cup of tea then you’re not going to lose much by sticking with the standard model.