With the next generation of Nexus smartphones due to be announced just about anytime, we’re seeing tons of rumors about the device. And now, one of the upcoming Nexus devices which is codenamed “Sailfish” has appeared on GFX Bench. This is the smaller Nexus device, with a 5-inch display, and the specs that appear on this listing on GFX Bench line up almost perfectly with the specs that had been leaked out in the past few weeks. What’s interesting here is that it lists “INVALID Android Google Edition” where it would normally show the version of Android that is there on the device. Likely because Android 7.0 Nougat isn’t actually available yet.

Other specs include a 5-inch 1920×1080 resolution display, powered by Qualcomm’s Snapdragon 820 processor with 4GB of RAM and 32GB of storage. For cameras, the listing shows 11MP and 7MP, which are likely to be a 12MP and a 8MP shooter here. So there’s not much that is surprising here, when it comes to the specs of the new Nexus Sailfish device. There’s no mention of who the manufacturer is here, which we still believe that HTC is creating both Sailfish and Marlin for Google. But we should find that information out rather soon, or at least get confirmation.

Google is said to be working with HTC on both Nexus smartphones this year, and they should be available at some point this month. The current rumor is that Android 7.0 Nougat will be coming to current Nexus devices “this month”, which leads many to believe that these Nexus devices will be announced at that time. Typically, Google debuts the new version of Android with new hardware that can showcase the new software. However it looks like these Nexus devices may be coming out later on in the year, around October. And LG is touting that their LG V20 will be the first device running on Android 7.0 Nougat. Which has definitely made for some confusion around these parts.

Keep in mind that while Sailfish has made its way over to GFX Bench, this can easily be faked, and it has been done before. So it’s a good idea to take everything here with a grain of salt, until Google officially confirms it. 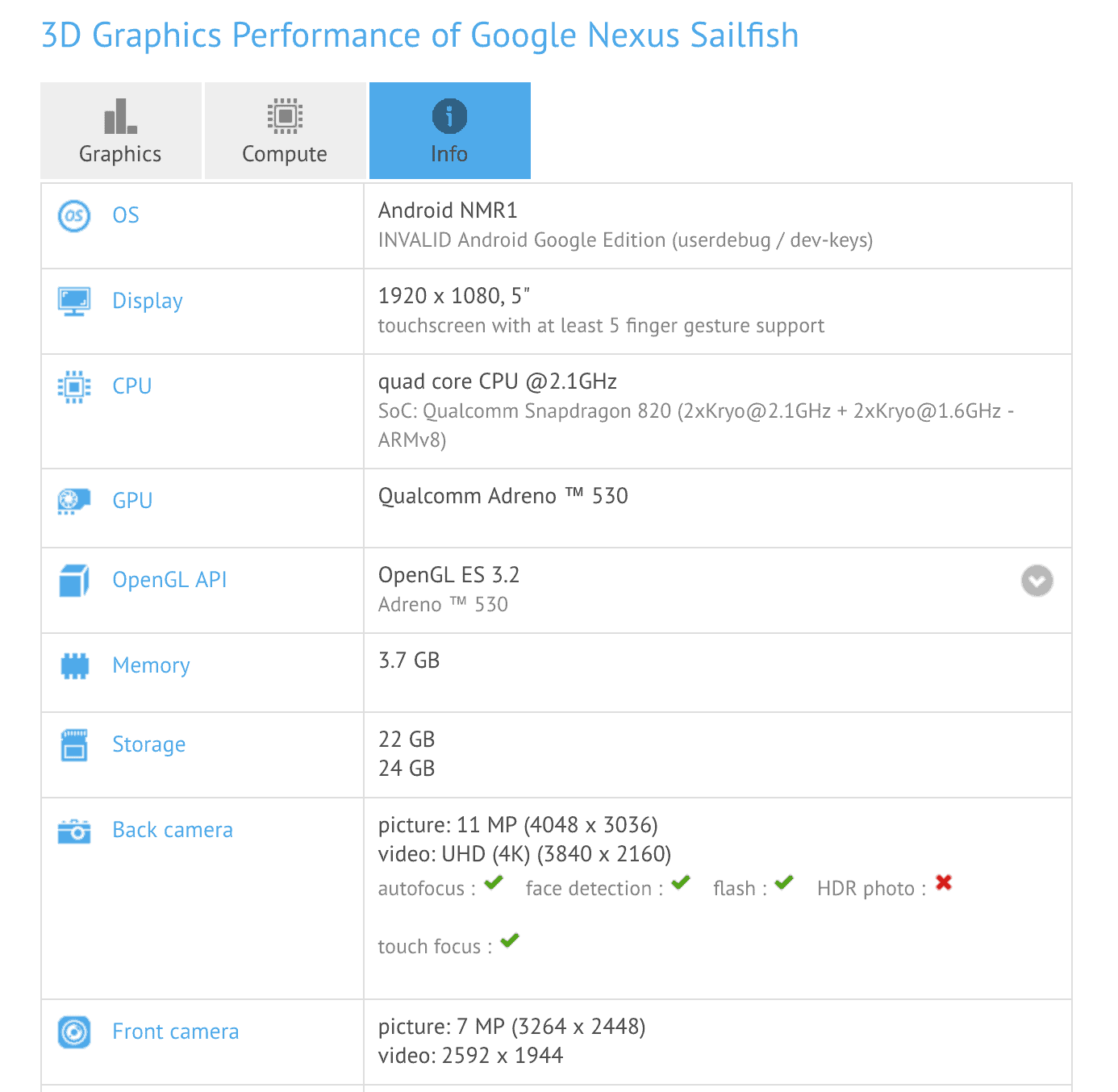