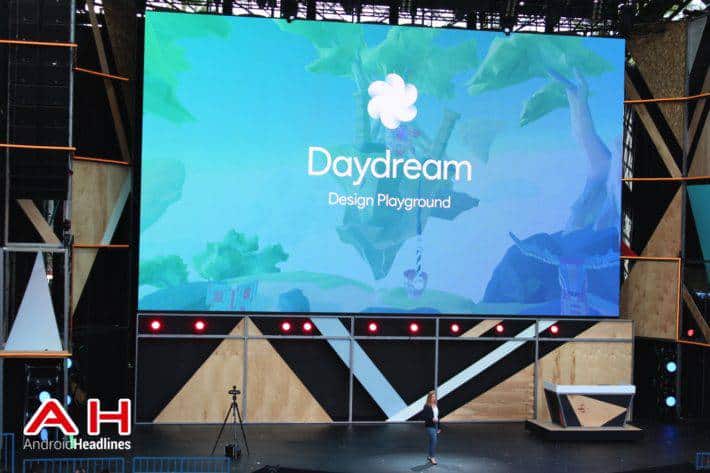 Earlier this year at Google I/O, Google unveiled a new VR platform named Daydream. This platform would be a step above what Cardboard was, but still a fairly entry-level platform for virtual reality, especially when compared with the likes of HTC Vive and the Oculus Rift. Google stated that Daydream would be launching "later this year" with no specific time frame. But now it appears that the launch is just "weeks" away. At least according to a report coming out of Bloomberg this morning.

Bloomberg's report also mentioned that Google is preparing a massive library of VR content for users to experience when Daydream launches. This includes poaching numerous YouTube stars, as well as getting Hulu on board. Now Hulu has already made their Android app virtual, but it's not all that great. Basically you're sitting in a virtual room with a TV in front of you. Not the ideal setting for virtual reality, but it does instantly make all of the content that Hulu has, available for the Gear VR, Cardboard and other headsets.

Google is also reportedly spending "hundreds of thousands of dollars apiece" for VR content and apps, prior to the launch of Daydream. Google had already already announced a slew of apps and games that were Daydream ready, back at Google I/O in May. So this isn't all that surprising, to say the least. Google is hoping that Daydream will be their own platform that will work with every Android smartphone available, which in of itself is a pretty big market to say the least. Currently, there is just one smartphone on the market that is compatible with Daydream, which is the Google Nexus 6P. There are definitely others on the horizon, and obviously the new Nexus devices created by HTC that are due to be launching in October, are going to be Daydream-ready as well.

While Google did launch Android 7.0 Nougat yesterday, there's still a whole lot more that the company is launching this year. Like Allo, their newest chat app. Not to mention Android Wear 2.0 and of course Daydream. On the hardware side, there's also those two new Nexus devices that are due to be available rather soon.