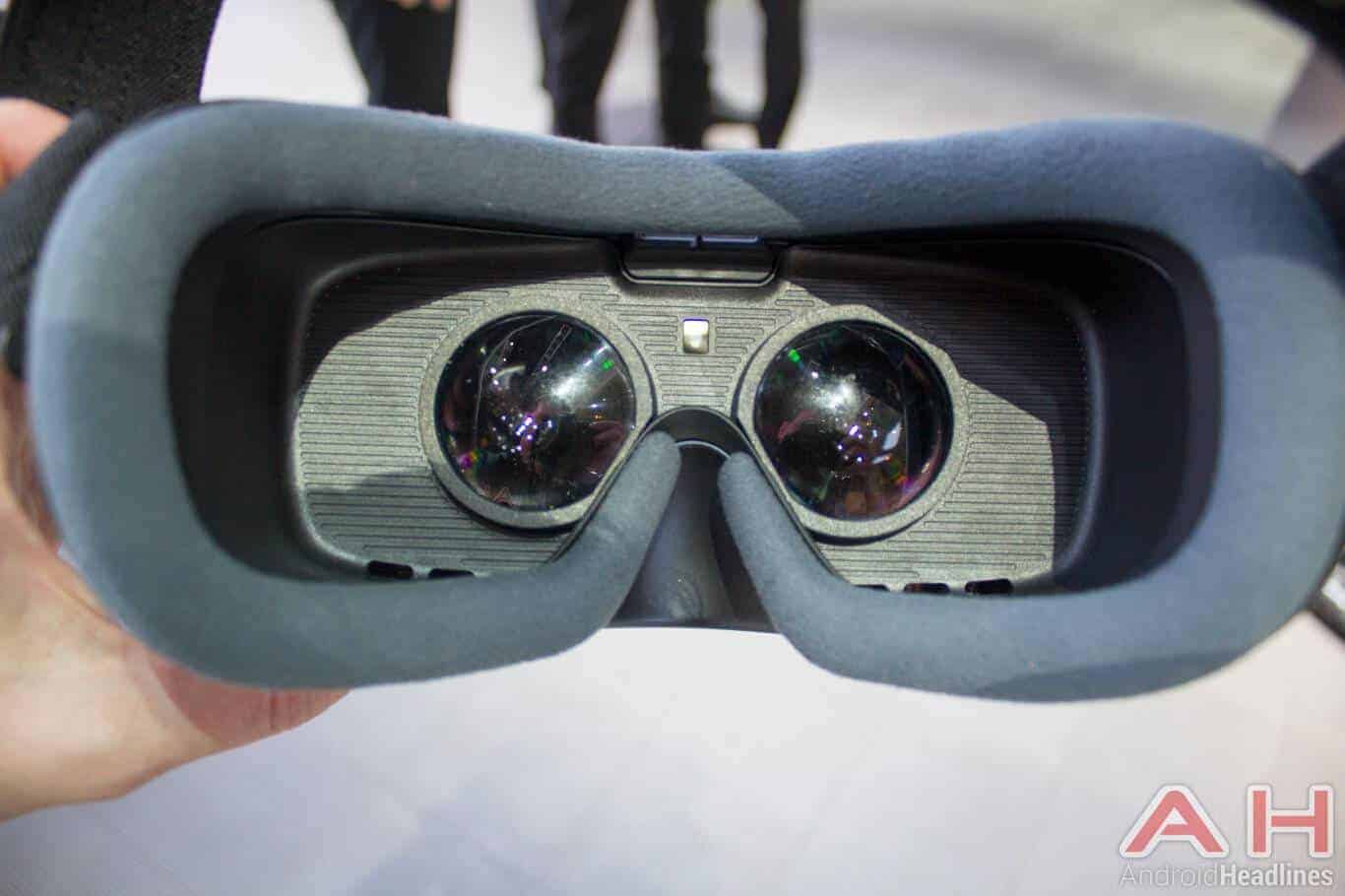 The Gear VR is actually a fairly big update compared to the previous generation. Other than supporting USB-C now with the Galaxy Note 7, it's also supposedly a bit more comfortable to wear. But remember that this is not a standalone headset. So your smartphone is still powering the show here, instead of a built-in display. So it's a good thing that the Galaxy Note 7's display has been rated the best mobile display. Something that Samsung gets awarded on just about every flagship they announce. The biggest difference you'll notice, visually, with the new Gear VR is that it's all one color. Instead of it being white with a dark blue front. It's all dark blue now. Which looks a bit nicer actually.

For those that might be wondering, the Gear VR is compatible with the Galaxy Note 7, Galaxy Note 5, Galaxy S7, Galaxy S7 Edge, Galaxy S6 Edge+, Galaxy S6 Edge and the Galaxy S6. Unfortunately, it's not compatible with older smartphones, but that shouldn't be a huge surprise really, in this day and age. The Gear VR is available on Amazon for the same price as its predecessor, which is $99. If you're interested in checking out VR, it's definitely worth checking out. Amazon quotes it as shipping on August 19th, so you should have it in hand on August 19th, which is just a week away. You can pre-order using the link below.

Advertisement
Pre-Order the Samsung Gear VR
Advertisement
Trusted By Millions
Independent, Expert Android News You Can Trust, Since 2010
Publishing More Android Than Anyone Else
6
Today
124
This Week
44
This Month
4032
This Year
105509
All Time
Advertisement