ZTE launched the Axon Max in December of last year and offered phone buyers a 6-inch phone with decent specifications, including a large battery at an affordable price. Even though the company hasn’t announced the arrival of the Axon Max’s successor as of yet, detailed specifications of a new device named ZTE 2017 have emerged on GFXBench. Even though the listing doesn’t say it is the follow up to Axon Max, the specifications match those of the ZTE Axon Max which launched last year and suggest it could launch early next year.

The ZTE Axon Max which launched last year arrived with a 6-inch Full HD display, a powerful 4,140 mAh battery bolstered by Qualcomm’s Quick Charge 2.0 technology, 16-megapixel and 13-megapixel cameras, 3GB of RAM, 32GB of internal storage and a 64-bit Snapdragon 617 octa-core processor. Among the list of upgrades which the new device will feature is Android 6.0.1 (Marshmallow), 64GB of installed storage, 4GB of RAM and a power-efficient Adreno 506 GPU. The display in the new device will be the same as in the existing one and while the listing doesn’t mention the name of the processor which will power the device, it mentions a 2.0 GHz Qualcomm processor with eight Cortex A53 cores which matches that of the Snapdragon 625 chip. In the new device, the rear camera will be downgraded from 16 megapixels to 13-megapixels, while the front camera remains at the 13-megapixel level. The rear camera will feature HDR, PDAF and touch focus, the front camera will be able to record videos in 4K resolutions.

Yet another significant change in the upcoming Axon Max handset will be the absence of a second SIM slot which is present in the existing one, as was the case with the Axon 7, ZTE’s flagship phone which was made available for pre-orders in July. Earlier this year, the phone maker announced that it was planning to sell as many as 60 to 70 million smartphones this year and given that the demand for smartphones with larger displays continues to grow year after year, new devices like the ZTE Axon Max 2017 could help the company reach out to many more buyers who are looking for large phones at affordable prices. 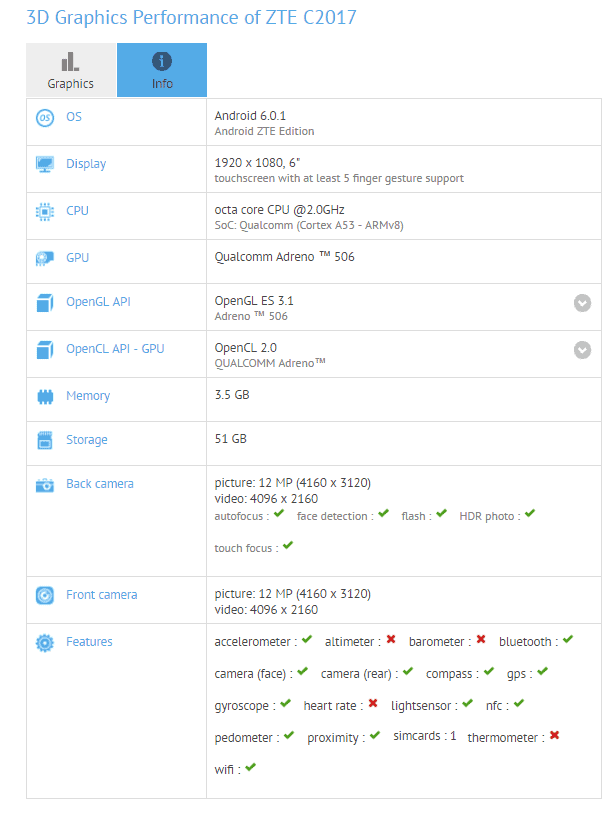