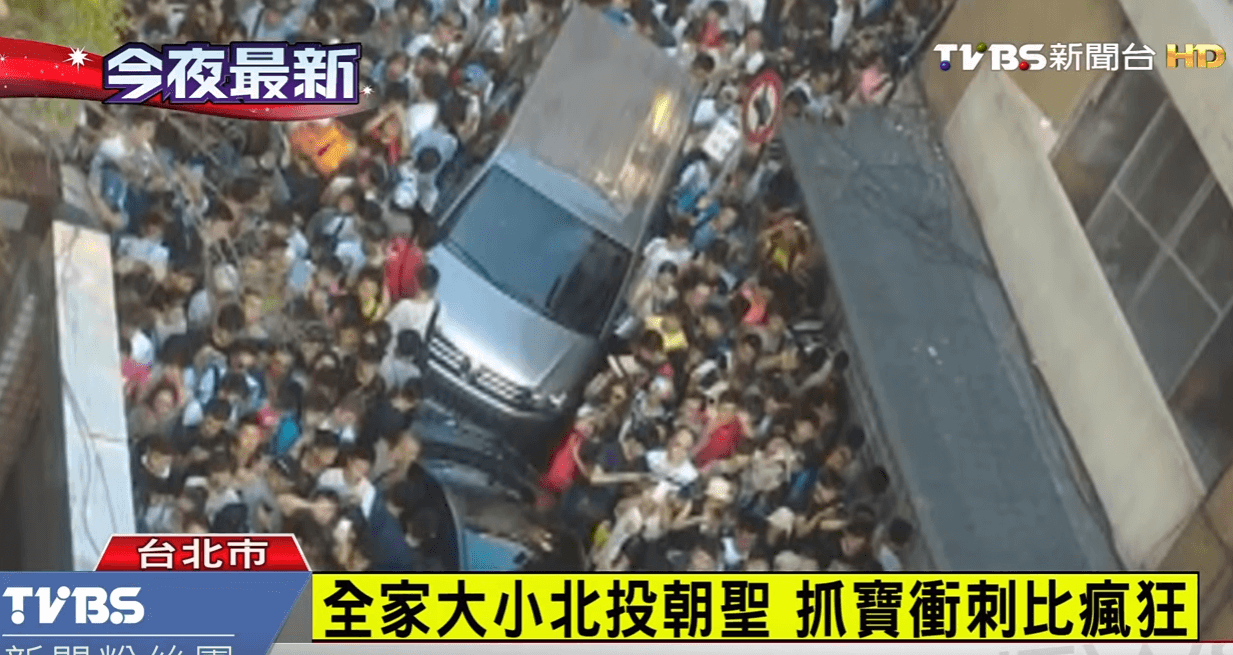 While many of us might be thinking that this whole "Pokemon GO thing" is over and done with, there will always be a loyal fanbase behind Pokemon, as there always has been. The hype surrounding the hit game has certainly died down a little in the States and elsewhere in the West, but in parts of Asia, the hype train keeps on moving. For Taiwan, a territory which has hadn't quite as long with the game as we have, it seems as though Pokemon GO is still hot property, especially if the below news report is anything to go by.

Pokemon GO launched in Taiwan towards the beginning of the month, on August 6th, and since then it's become as popular – if not more so – than it was during its first couple of weeks in the US and Europe. As we've seen elsewhere, but definitely not on this sort of scale, a rare Pokemon recently triggered a huge stampede of people in Taiwan's capital city, Taipei. The stampede of people, which can be seen in the below footage from Taiwan news stations, as well as amateur video uploading to YouTube, were looking for a Snorlax. For players of the game, they'll know that Snorlax can be a powerful Pokemon to add to one's team and it also happens to be pretty rare. Whether or not this was a hoax is uncertain, but given the number of people that flooded through Taipei in such a short space of time, it seems that they all believed it was true.

These scenes are pretty fascinating to watch, after all it's not often that a global phenomenon like this brings all kinds of people together and has such an impact on a local area. All this for a Snorlax, it seems hard to imagine, but this is the power of not only Pokemon GO, but the smartphone and how it brings people together, as well as how we now consume content and entertain ourselves. Back when Pokemon was the hit Game Boy game in the later 90's, people would have walked around town with a black and white display, now we have smartphones more powerful than the computers that created the original games in our pockets.