Pokemon GO has become an instant sensation since launch, with users all over the world playing the game, and trying to catch the fictional creatures in an augmented reality world. The franchise is over twenty years old, and the next to no chance of getting the legendary Pokemon in-game makes it even more interesting. The quartet of legendary Pokemon is made of Mewtwo, Moltres, Zapdos, and Articuno. Among the four legendary Pokemon, Mewtwo has the highest attack damage, while Articuno snags the spot for having the highest base defense.

In a report made last week, a player claimed that he had finished the game, but with a clause: he was only able to capture 142 of the 151 available creatures. Now according to a few other players, one of the legendary Pokémon Articuno appeared at a gym in Ohio during the night. This claim, if true, dispels the theory that legendary Pokemon would only be available through special events and that they could only be captured through combined efforts of multiple players. It also puts to rest any theory about only a Master Ball being able to capture the legendary creatures. Articuno, also known as Freezer, is the mascot of the team Blue or Mystic.

At least two players going by the name of Kaitlyn Covey and Ocba have provided sufficient proof on Reddit and Facebook to back up their claim of having Articuno in their Pokedex. According to Kaitlyn, the Articuno was an apology gift from Niantic as she reported bugs to the company. Reports from several users also indicate that the legendary creature did appear at a gym in Ohio. Skeptic players have accused Covey of hacking and making up false claims for publicity. The appearance of Articuno in Ocba’s Pokedex is more confusing as Ocba is from Team Yellow, or Instinct, and according to a popular theory, a player should not be able to capture more than one legendary Pokemon. It should be noted here that no such rule has been confirmed by Niantic.

Although Ocba has provided no video, it is quite difficult to hack into the game as the information is stored remotely on Niantic’s servers and not on the player’s phone, reducing the risks of manipulation of data. Also, the notion of it being spoof cannot be entirely dismissed as Niantic has announced to be ‘looking into it’ which differs from Covey’s version of the story, adding more confusion. 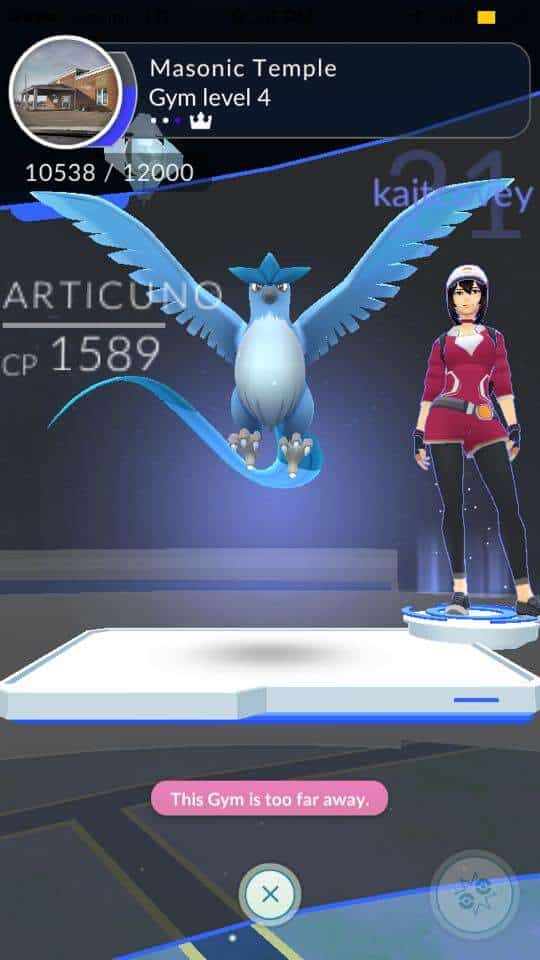