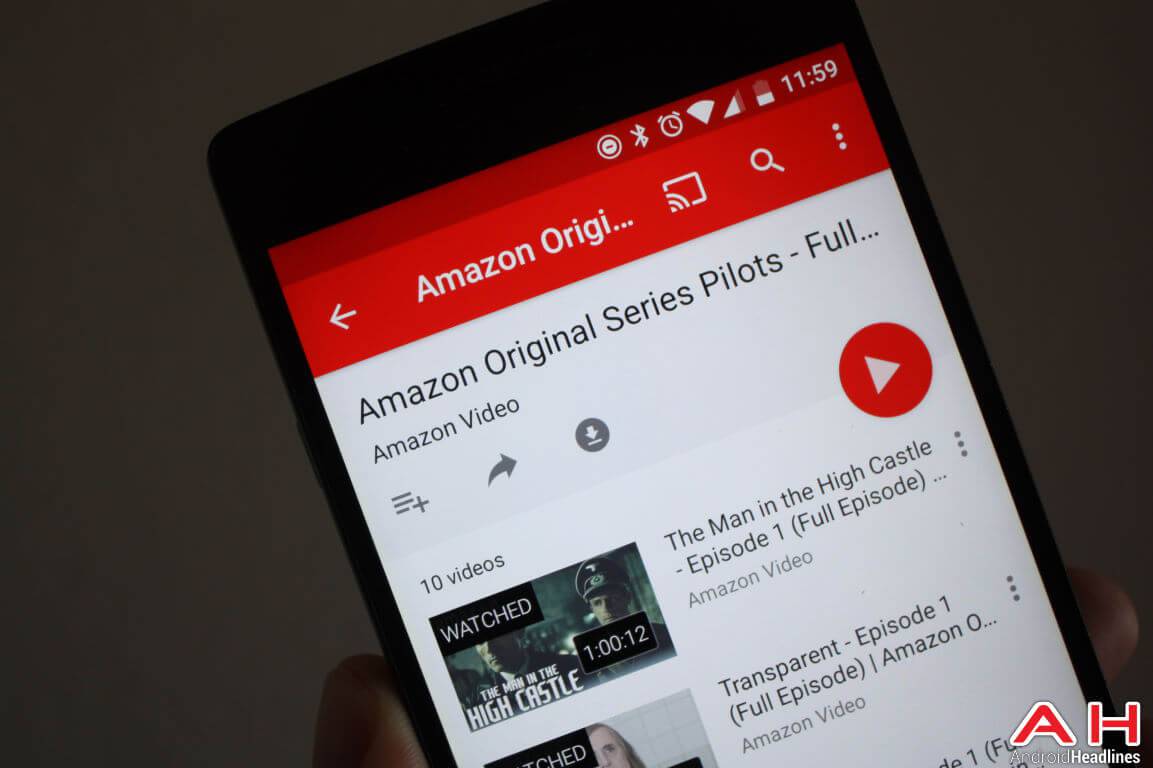 Amazon and Google do have a fairly interesting relationship and one which has seemed to cause more than a few compatibility issues over time. For instance, Amazon stopped selling Google hardware products, such as their streaming devices like the Nexus Player and Chromecast. Ones which do directly compete with Amazon's own Fire TV products. While anyone who owns an Android TV device, will know the difficulty in trying to view Amazon Video content through Android TV. Which is especially disappointing for those who do have an Amazon Prime account and would like to check out some of the Amazon Studio exclusive content, from their Android TV device.

Of course, there is always another way, as it seems in a strange turn of events, the Amazon Videos’ YouTube channel has now made available the pilot episode to a number of its original content shows for free. What’s more, is that it seems pretty much all of the big-named Amazon Studio specials are on offer here. As a result, you can now watch the pilot episode (for free) of The Man in the High Castle, Mozart in the Jungle, Transparent, Bosch, Read Oaks, Annedroids, Just Add Magic, Gortimer Gibbon’s Life on Normal Street, Tumble Leaf and Wishenpoof. Amazon has even congregated them into one 'pilot playlist' for those who are willing to binge through all the pilots in one sitting.

Of course, while this seems like a strange tactic for Amazon to be showcasing their exclusive Amazon Video content on a competitor’s platform, it does have its benefits. YouTube has a much wider appeal and like any show, if the pilot does hook the viewer, then they will inevitable end up having to turn to Amazon to gain access to the rest of the series. Either way and regardless of which Android device you use (including Android TV) and irrespective of whether you have an Amazon Prime account or not, if you would like to check out the pilot episode for any of the above-mentioned Amazon original shows, then you can by simply heading over to the Amazon Video YouTube channel, through the source link below.