Do we have a good one for you today – the Xiaomi Mi 5 Pro goes up against the new Moto Z Force. The ceramic backed Mi 5 Pro takes on the full metal body of the Moto Z Force. Both devices look and feel the part of a real flagship smartphone. Along with the new look from Moto, it can also accept Moto Mods to add features or options to your device. While these two devices differ wildly in their design, they do share a common ‘soul’ of a processor. Let’s look at just what these two devices have in common and then we will take a closer look at each one in hopes that we can determine a winner of this comparison.

The Mi 5 Pro and Moto Z Force do not have too many things in common – certainly not in size or weight where the Z Force outweighs the Mi 5 Pro 163 grams to 129 grams. The displays are within one-half of an inch, but they use different display technology and different display resolutions. One place they do agree on is the Snapdragon quad-core processor and 4GB of RAM (Mi 5 Pro, only). The Mi 5 Pro model comes with 128GB of non-expandable memory, while the Z Force comes with 32GB or 64GB of expandable memory. The camera areas are similar in megapixels and the photo taking abilities. They both have fingerprint sensors and both come with a non-removable battery with rapid charge for power. The usual suspects are there – WiFi, Bluetooth (v4.2 on the Mi 5 Pro and v4.1 on the Moto Z Force), GPS, NFC, and both have a USB reversible Type-C port for charging and data transfer. 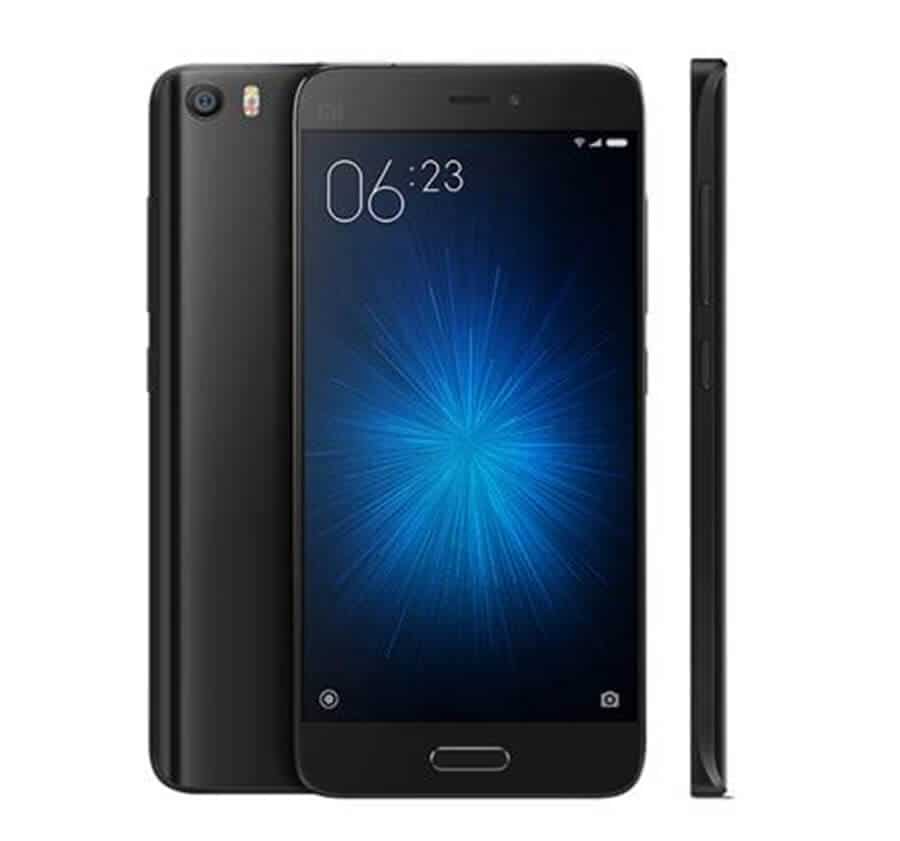 Xiaomi has been making quality smartphones for a reasonable price going on six years, and the Xiaomi Mi 5 Pro is no exception. Xiaomi still only sells their smartphones online, although they will be selling then global at some time in the near future. The Mi 5 is the long awaited follow-up to the Mi 4 – almost a year and one-half. The Mi 5 series is a metal and glass construction and looks like a Galaxy S7 to a degree, but the Mi 5 Pro uses a special ceramic backing.

The Xiaomi Mi 5 Pro sports a 5.15-inch FHD IPS LCD display with a resolution of 1920 x 1080 pixels and 428 pixels-per-inch (PPI.) Xiaomi grabbed the best processor on the market – the Snapdragon 820 quad-core processor with a dual-core clocked at 1.6GHz and another at 2.15GHz – the same one used in the Moto Z Force. It is coupled to an Adreno 530 GPU that will handle any graphics you can throw at it. The Mi 5 Pro packs 4GB of DDR4 RAM and 128GB of the faster UFS 2.0 memory with no means to expand.

The Xiaomi Mi 5 Pro’s primary camera has a 16MP sensor, with PDAF (Phase Detection Autofocus), a dual-tone LED Flash, a large f/2.0 aperture, and even has a 4-axis OIS for better stability. The FFC camera is a 4MP with a f/2.0 aperture for selfies and video chatting. The Mi 5 Pro uses a non-removable 3000mAh, but they include Quick Charge 3.0 that will give you up to an 83-percent charge in only 30 minutes.

The Xiaomi Mi 5 is a beauty to look at and curved enough on the sides to make it comfortable to hold. It sports an IR Blaster, and we found the camera works great. However, in the US about the only signal we could get off of AT&T and T-Mobile’s networks was an occasional 4G signal. It measures 144.6 x 69.2 x 7.3mm, weighs in at 129 grams, and will cost you about $500 for the Pro version with 4GB of RAM and 128GB of internal storage.

People may be taken aback by the price of the new Moto Z Force, but then again, people are not used to seeing a Moto with high-specs like this with a larger battery, the ShatterShield display, a better camera, but also the ability to add Moto Mods. The new Moto Z Force is an all-metal design with a solid build and certainly is a flagship in every sense of the word. It can handily compete with the likes of Samsung, LG, and HTC.

The Moto Z Force sports a 5.5-inch AMOLED QHD display with a resolution of 2560 x 1440 pixels and 535 PPI. The display features Moto’s improved ShatterShield, which is a 5-layer design that protects the screen from breakage. Lenovo hooked up with the Snapdragon 820 quad-core with dual cores clocked at 1.6GHz and dual cores clocked at 2.15GHz coupled to an Adreno 530 GPU to handle the most intense graphics you can find. The Moto Z Force packs 4GB of DDR4 RAM and offers 32GB or 64GB of the faster UFS 2.0 internal memory that is expandable via a microSD card.

Lenovo uses a 21MP sensor for the primary camera with a large aperture of f/1.8, laser and phase detection autofocus (PDAF), a dual-tone flash, and OIS. It uses a 5MP FFC with a f/2.2 aperture, LED flash for selfies and video chatting. The Moto Z Force uses a large 3500mAh non-removable battery with one of the fastest chargers available that can charge the Moto Z Force battery up to 50-percent in only 20 minutes. One of the Moto Mods will increase the battery by 2200mAh and can even add wireless charging capabilities as well.

The Moto Z Force is a force to be reckoned with and can utilize Moto Mods. Just remember, it does lack a 3.5mm earphone jack that could be a real pain for some people. We also need to remind you that the Z Force is a Verizon exclusive – also a pain for some people. Because the Moto Z Force does not include the standard 3.5mm headphone jack, it handles headphones via an adapter that plugs into the Type-C reversible port to accept earphones – it does produce a better sound, but you have to remember to carry around an adapter. It measures in at 155.9 x 75.8 x 7mm and weighs in at 163 grams. It comes in four colors – Black/Gray, Black/Rose Gold, Black/Gold, and White with pricing at $720 exclusively on Verizon.

I have to pick the Moto Z Force as the winner of this comparison – and yes I realize there is a $200 price difference. However, you get a larger display that is not only AMOLED but also the QHD resolution…not to mention shatter proof. You also get expandable memory and a larger battery that comes with Moto’s Turbo Charger. Most importantly you get to use 4G LTE bands on Verizon’s network.

The Xiaomi Mi 5 Pro is a nice smartphone, especially if you live outside the US. But for $500+ you are only getting a smaller LCD FHD display, with no means to expand your internal memory. You get a decent camera, but not quite the technology found on the Moto Z Force and it has a smaller battery.

The Moto Z Force also has its Moto Mods as well that can help you customize your phone with different backs or slap on real technological support for and expanded battery, wireless charging, camera mods, speaker mods and more. You get your $200 worth of extras in the Moto Z Force and should have a better overall experience.