Do we have a good one for you today – or maybe I should say an unusual comparison for today. The Samsung Galaxy S7 Edge goes up against the new Samsung Galaxy Note 7 – two devices that could not be closer in specs or even looks. It is no secret that the Galaxy Note 7 is a stretched out version of the Galaxy S7 Edge…with the inclusion of an S-Pen. Surely, there must be some spec upgrades or added features to the Note 7? Both devices are beautiful to look at and a joy to hold – and even though the dual curved edge has lost some of its ‘wow’ factor, people will still stare over your shoulders to see what device you are using. These two devices do have many things in common that we will take a look at now, and then later we will look at each device to try to determine a winner of this specification comparison.

Because the Galaxy Note 7 is an ‘extension’ of the Galaxy S7 Edge, they have many things in common. Physically, the Note 7 is only a fraction larger than the S7 Edge and only weighs 12 grams more. They are both IP68 certified and both can accept Samsung Pay. The display of the Note 7 is only slightly larger – 5.7-inches vs 5.5-inches – and both have dual curved displays, although the curves on the Note 7 are less pronounced. They both use the ‘always on’ technology to save battery life. The US versions use the same Snapdragon 820 quad-core processor and an Adreno 530 GPU. The international versions use the same Exynos 8890 octa-core processor and Mali-T880 MP12 GPU. The S7 Edge and Note 7 both use 4GB of DDR4 RAM, and both have a 64GB variant and both are now expandable. They both use the same 12MP primary cameras and a 5MP front-facing camera (FFC) to take excellent photos and selfies. Both have Hi-Res audio for listen through earphones, as well as non-removable batteries – 3600mAh in the S7 Edge and 3500mAh in the Note 7 – that offer quick charge and wireless charging. Both have a fingerprint sensor for unlocking the device or to authorize mobile payments. They have the usual suspects – WiFi, Bluetooth v4.2, GPS, NFC, and a USB port – microUSB v2.0 on the S7 Edge and Type-C reversible on the Note 7 – for charging and data transfer.

The Samsung Galaxy S7 Edge retains the same look as last year’s Galaxy S6 Edge Plus – with slight improvements in the metal edging for picking up the device. The curved screen no longer has that ‘wow’ factor it did when it was first revealed, but it is still a beautiful looking display. How does this aging premium smartphone hold up to the new Samsung Galaxy Note 7?

Samsung surprised everybody in the camera area as we were all expecting an increase to the 16-megapixels found in the Galaxy S6 – instead, they lowered it to a new Dual Pixel 12MP sensor. Samsung increased the aperture to f/1.7, included faster phase detection autofocus (PDAF), auto HDR, and retained the OIS. The Galaxy S7 Edge uses a 5MP wide-angle lens with a larger f/1.7 aperture and Live HDR for its front-facing camera (FFC.) This combination allows for excellent low-light selfies and video chatting. Samsung did increase the battery size to a larger non-removable 3600mAh battery and included quick charge and quick wireless charging as well.

The Galaxy S7 Edge allows both Android Pay and Samsung Pay mobile payments. The nice thing about Samsung Pay is that you can make a payment about anywhere you can swipe a credit or debit card. The S7 Edge packs a heart rate monitor, oxygen saturation sensor, and quick wireless charging. The Galaxy S7 Edge is IP68 certified for water and dust resistance. The S7 Edge measures 150.9 x 72.6 x 7.7mm, weighs in at 157 grams and is available in Black, White, Gold, and Silver, costing about $790. 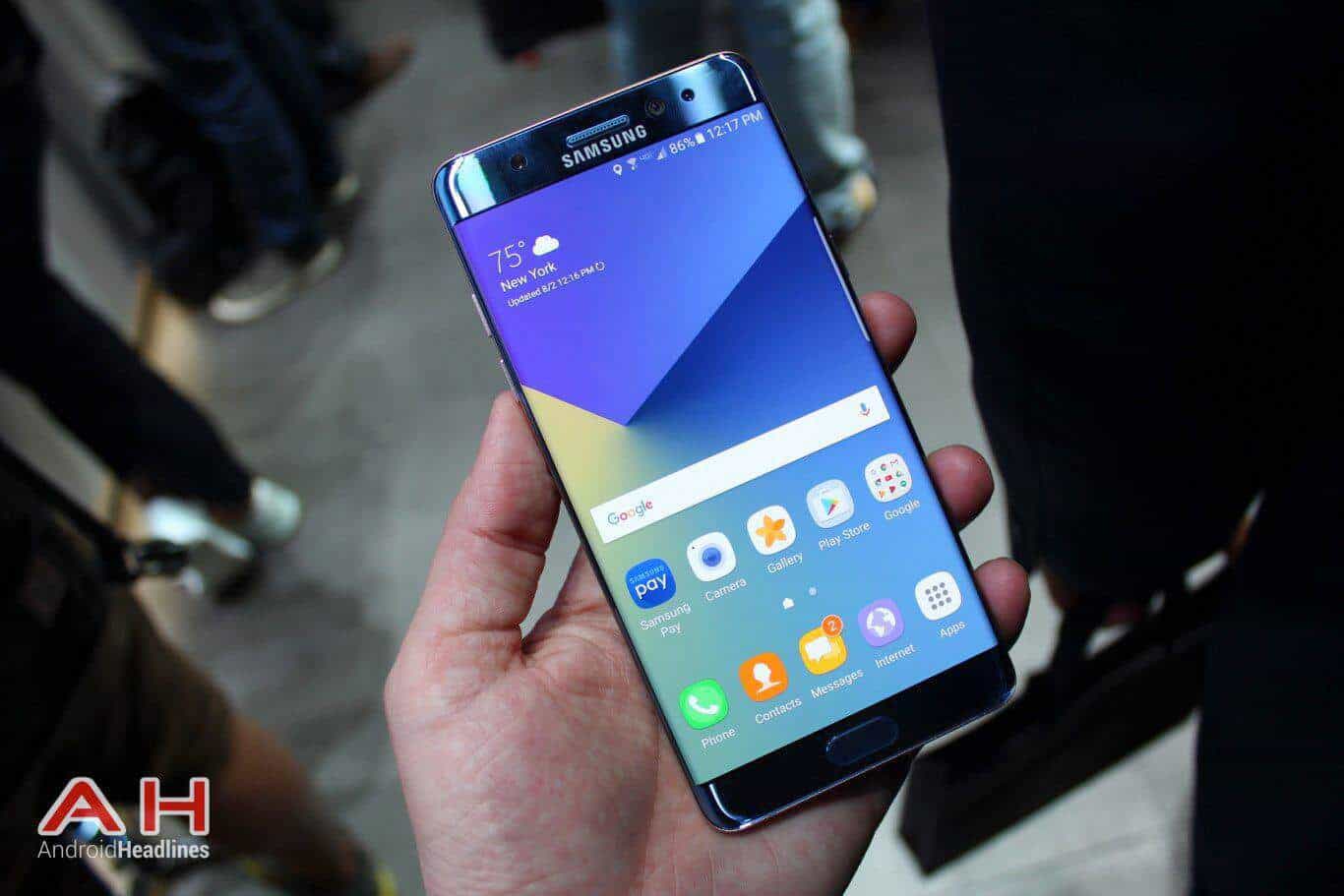 The new Samsung Galaxy Note 7 is essentially a Galaxy S7 Edge and a Galaxy Note 5 in one. The Note 7 comes with the dual curved display, but not quite as pronounced as the S7 Edge dual-curved edge display – and the first smartphone to use the new Gorilla Glass 5. While using the same metal and glass design, the new display gives the device a softer and more elegant look. There are competitors that keep trying to steal Note customers away but have had little success. It all comes down to the S-Pen and the software that accompanies it – Samsung wisely teamed up with Wacom years ago to create a unique writing experience that gets better every year – even waterproof this year.

The primary camera on the Galaxy Note 7 is the same, as you will find in the Galaxy S7 series – new Dual Pixel 12MP sensor with an increase in aperture to f/1.7, including faster phase detection autofocus (PDAF), auto HDR, and retains the Smart OIS. The Galaxy Note 7 uses a 5MP wide-angle lens with a larger f/1.7 aperture and Live HDR for its FFC. The Note 7 has a non-removable 3500mAh battery, but it features a quick charge feature as well as quick wireless charging capabilities.

Samsung added a new Iris Scanner that allows you to unlock your Galaxy Note 7 by looking into the top area of the display – they plan to upgrade the software to authorize mobile payments. It still sports a heart rate monitor and an oxygen saturation sensor and built-in wireless quick charge. The S-Pen has many new added features giving it even more functionality and sensitivity, not to mention it is waterproof. The Note 7 will be the first Samsung device with the newer USB Type-C reversible connector for charging and data transfer. Depending where you buy the Galaxy Note 7, it will come in Blue Coral, Silver Titanium, Black Onyx, and Gold. It measures 153.5 x 73.9 x 7.9mm, weighs in at 169 grams, and will cost you about $865. 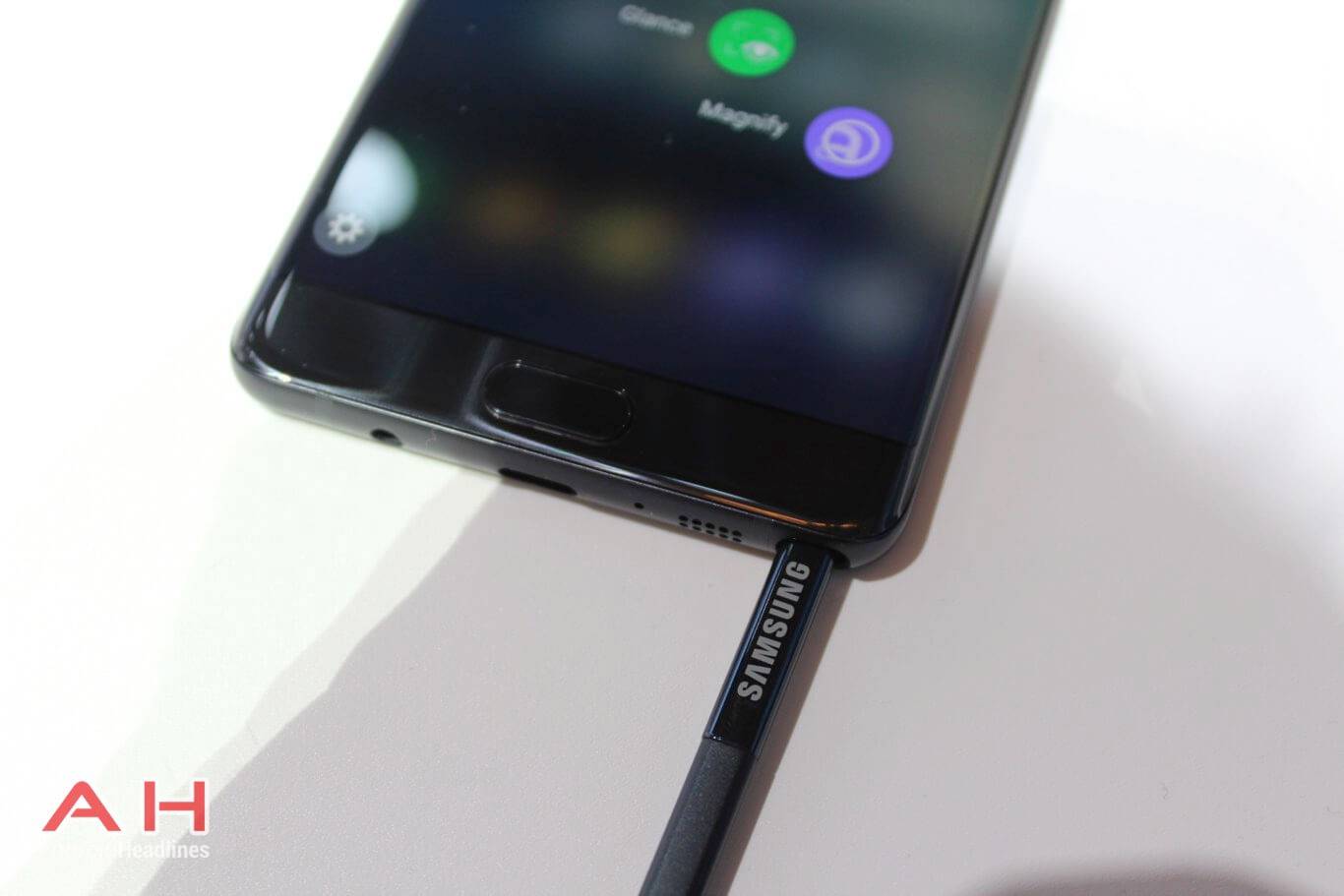 This selection is a real tough one to pick – both are real winners depending on your needs. The newer Galaxy Note 7 definitely has a few extra specifications and features – but would you find them important? Yes, the Note 7 has the S-Pen, but most users do not need that feature. Yes, it has an Iris Scanner, but the jury is out on how well it will work on an everyday basis and does it add any real value? Yes, the display is 2/10 of an inch larger but does that really make a difference?

If you are a diehard ‘Note’ customer, nothing will do but a Galaxy Note device, but with so many similarities between the S7 Edge and the Note 7, it will make a harder decision deciding if that S-Pen is really worth the extra money. Only you can decide.