Do we have a good one for you today – it will not be the usual comparison, because obviously, the Galaxy Note 7  is going to have better specs than the Galaxy Note 5. We are looking at how these devices differ from one another – exactly what did Samsung improve over the last Galaxy Note 5? Is it worth the upgrade or should Galaxy Note 5 owners hold on to their current model – the Galaxy Note owners pay a premium price for their purchase and sometimes it is better to hang on to your current model and wait to upgrade the following year.

Samsung is a large company that has been around for years and helped spread the use of Android smartphones around the world – making it the most popular mobile O/S in the entire world. People either love Samsung or hate them, but most admire the Galaxy Note series, or at least respect the series. The people that love the Galaxy Note 5 are anxiously awaiting the new Galaxy Note 7 – yes, the moniker ‘6’ was cast aside to more align the Note series with the Galaxy S7 series – not to mention the new Apple iPhone 7 series that will be released this fall. Samsung would never want to give any reason to consumers that their series was somewhat ‘lesser’ than the Apple series.

There are certain similarities between the Galaxy Note 5 and Galaxy Note 7 – we can start with physical size and weight – almost identical. They are both made of out of a metal frame and an all-glass front and back, with the Note 7 using Gorilla Glass 5 this time around. The Note 7 also switched up the display to a dual curved screen, similar to the Galaxy S7 Edge, but not to that extent – so for those of us that were waiting for another Note Edge – it ain’t going to happen. The both will use the same 5.7-inch QHD Super AMOLED display. It uses the same 12MP/5MP camera setup as the Galaxy S7 Edge. The two Notes also have the same 4GB of DDR4 RAM and both use a non-removable battery, although Samsung increased the battery size in the Note 7 to 3500mAh. 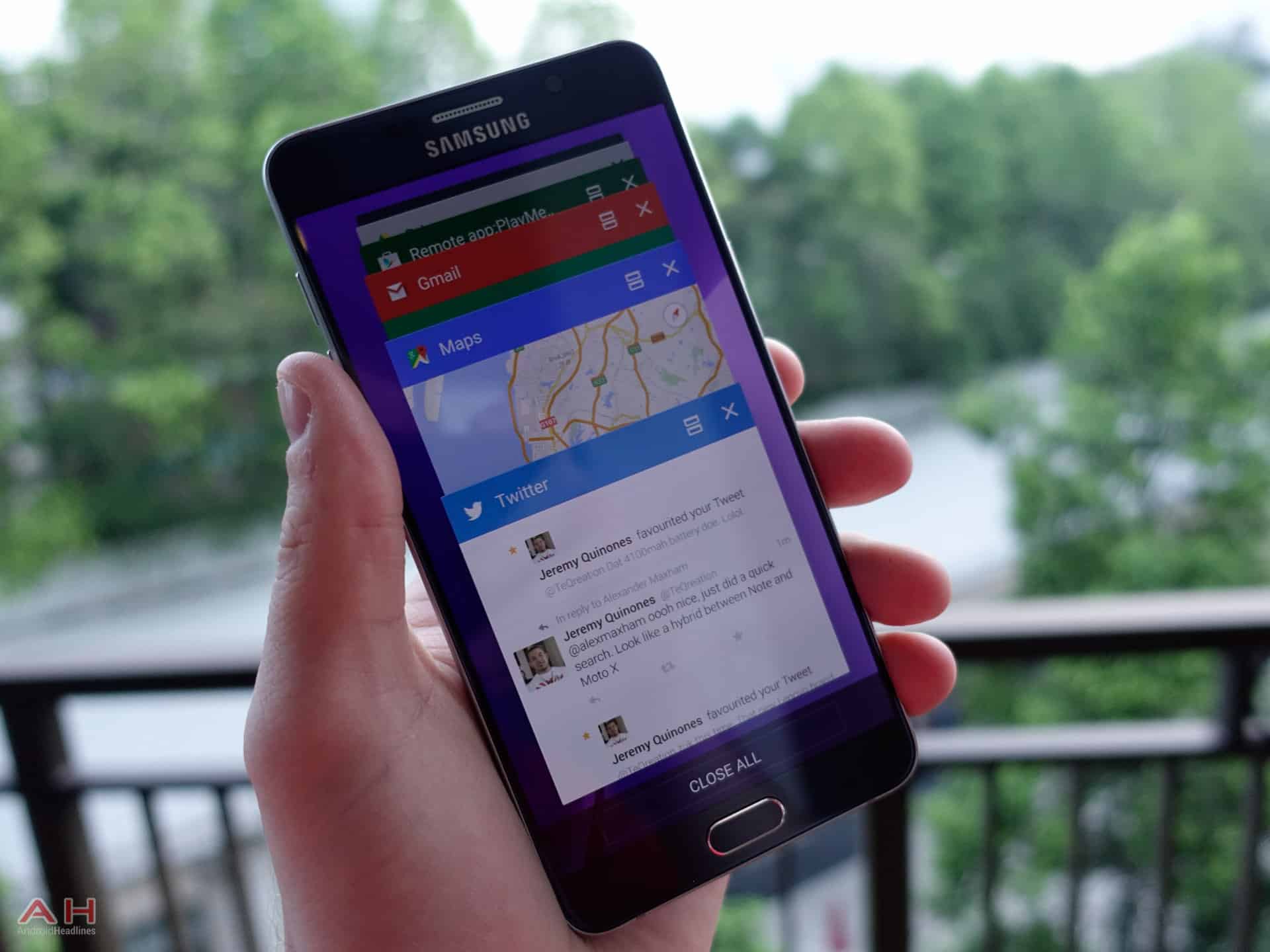 When Samsung came out with the S6 series, we were rightly prepared for a metal and glass designed Galaxy Note 5 – which is exactly what we got. It was essentially a Galaxy S6 that had been extended to 5.7-inches. What customers were not prepared for was to lose the ability to expand storage – the non-removable battery was a forgone conclusion due to its design. Each year, the Note series sells very well, even with its competitors, who have yet to make a mark in the phablet division – nobody does an S-Pen like Samsung when they teamed up with Wacom years ago to create a unique writing experience that gets better every year.

The Galaxy Note 5 uses the same size display that it has for the past two years – 5.7-inch. The QHD resolution is giving the Galaxy Note 5 a resolution of 2560 x 1440 pixels and 518 pixels-per-inch (PPI.) Samsung makes improvements to their display panels every year, just as they do to the S-Pen – always increasing sensitivity and adding new features. The Galaxy Note 5 uses an Exynos 7420 octa-core processor with four cores clocked at 1.5GHz and the other four cores clocked at 2.1GHz with the newest 14nm technology. The Note 5 uses 4GB of DDR4 RAM and 32GB or 64GB of the faster UFS 2.0 non-expandable internal memory.

For their primary camera on the Galaxy Note 5, Samsung uses a 16MP Samsung ISOCELL sensor with fast startup, fast focus, large aperture at f/1.9 for better low-light photos, Live HDR and great software. The Note 5 uses a 5MP front-facing camera (FFC) with the f/1.9 aperture and wide-angle and Live HDR for selfies and video chat. The Note 5 has a non-removable 3000mAh battery, but it features a quick charge feature as well as quick wireless charging capabilities.

The Galaxy Note 5 has a fingerprint sensor that is both Samsung Pay and PayPal certified – of course, you can still use it for Android Pay. It sports a heart rate monitor and an oxygen saturation sensor and built-in wireless quick charge. It comes with a much improved and more sensitive S-Pen with added features giving it even more functionality. The Note 5 can handle longer documents, and you can send live broadcasts of your videos. It is updated to Android 6.0.1 Marshmallow, and it will cost you about $700 outright for a 32GB model and $790 for a 64GB model. 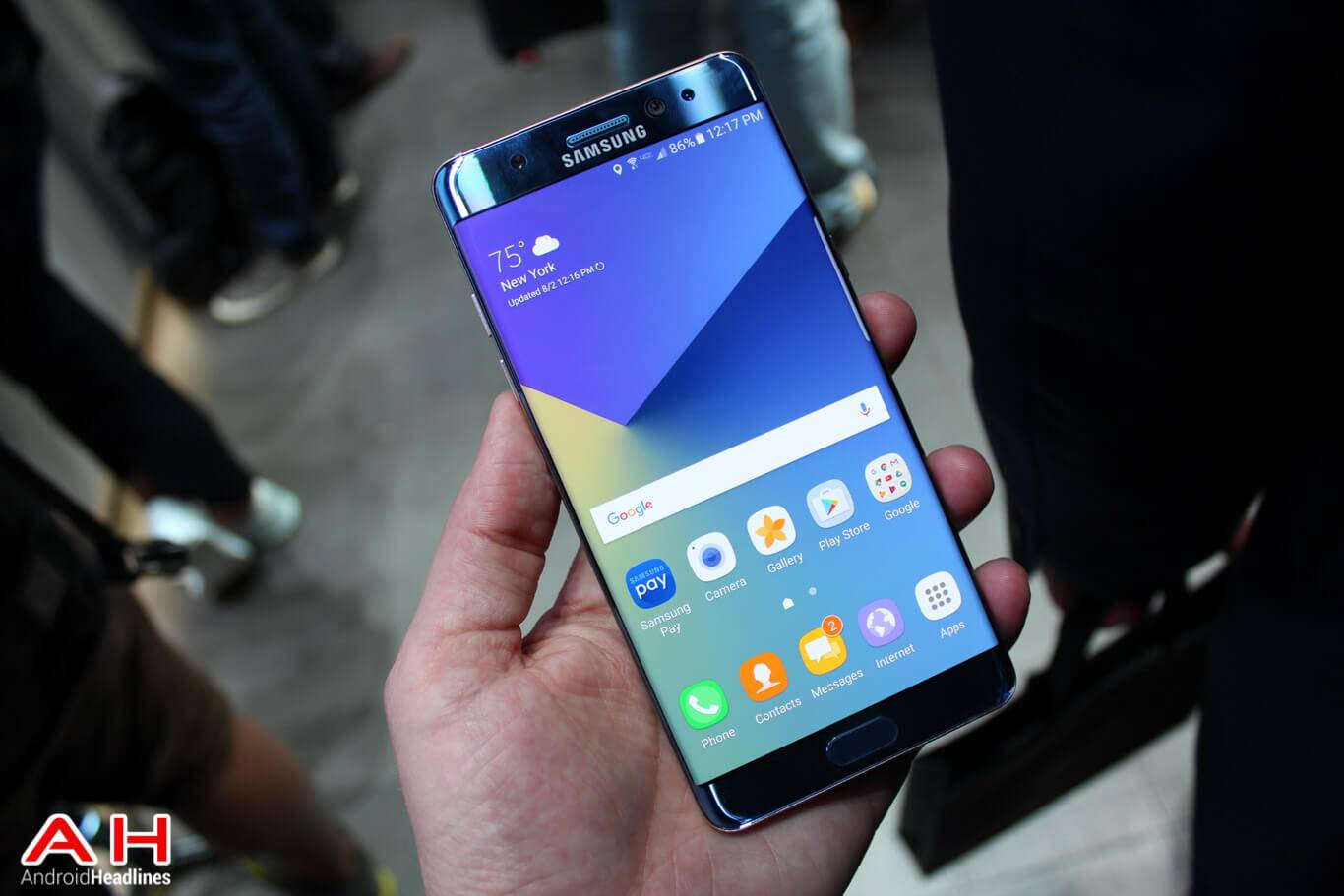 The new Samsung Galaxy Note 7 is what the leaks and rumors led us to believe. It is essentially a Galaxy S7 Edge and a Galaxy Note 5 in one. The Note 7 has the dual-curved edge display – similar to the S7 Edge but not quite as pronounced. While using the same metal and glass design, the new display gives a softer and more elegant look to the Note series. Competitors keep trying to steal Note customers away and have had little success. It all comes down to the S-Pen and the software that accompanies it – Samsung teamed up with Wacom years ago to create a unique writing experience that gets better every year.

The primary camera on the Galaxy Note 7 is the same, as you will find in the Galaxy S7 series – new Dual Pixel 12MP sensor with an increased the aperture to f/1.7, including faster phase detection autofocus (PDAF), auto HDR, and retained the Smart OIS. The Galaxy Note 7 uses a 5MP wide-angle lens with a larger f/1.7 aperture and Live HDR for its FFC. This combination allows for excellent low-light selfies and video chatting. The Note 7 has a non-removable 3500mAh battery, but it features a quick charge feature as well as quick wireless charging capabilities.

The Galaxy Note 7 has a fingerprint sensor that is both Samsung Pay and PayPal certified – of course, you can still use it for Android Pay. Samsung also added a new Iris Scanner that allows you to unlock your Galaxy Note 7 by looking into the top area of the display. It still sports a heart rate monitor and an oxygen saturation sensor and built-in wireless quick charge. The S-Pen has many new added features giving it, even more, functionality and sensitivity. The Note 7 will be the first Samsung device with the newer USB Type-C reversible connector for charging and data transfer. Depending where you buy the Galaxy Note 7, it will come in Blue Coral, Silver Titanium, Black Onyx, and Gold. It measures 153.5 x 73.9 x 7.9mm and weighs in at 169 grams.

We knew the 'winner' of this comparison had to be the new Galaxy Note 7 – with the curved display, a better processor, and GPU, as well as the ability to expand internal memory. The Iris Scanner is thrown in for added security – so provided it works hassle free, it could be a great addition or just a party trick. It is IP68 certified against dust and water. Official pricing has not been announced for every carrier, but it is $849 at T-Mobile.

For those that have a Galaxy Note 5 – is it worth the upgrade? For any model lower than the Note 5, it would be a definite upgrade. For those with a Note 5, you do get the ability to expand your memory and upgrade your processor and battery size. Only you can decide if the Iris Scanner and curved display are worth the hefty upgrade in price.