Do we have a good one for you today – the HTC 10 goes up against the Sony Xperia X Performance. Both devices are all-metal but look very different. The HTC line was starting to show its age, so HTC redesigned the HTC 10 with a more chamfered or angular look. Sony went from a long tradition of metal and glass design and switched over to an all-metal look, although the metal looks and feels like plastic. Between the two devices, the HTC 10 takes the prize in the looks and feel department – it just seems to have a more robust design. Besides, you could never mistake the Xperia X Performance for anything but a Sony – rectangle, large bezels on the top and bottom, and the ever present FHD LCD. Despite their differences, they do have a few things in common that we will go over in the next paragraph before we move on to the detailed specifications.

The HTC 10 and Xperia X Performance are practically the same size and weight as are the HTC’s 5.2-inch display and the 5.0-inch on the Performance. Both displays use the LCD technology but use different resolutions. Both devices use the 64-bit Snapdragon 820 quad-core processor and Adreno 530 GPU to handle the graphics. Both have a 32GB variant, and both have expandable memory via a microSD card. Both devices have a great camera area but obtain those results quite differently. The HTC 10 and the Xperia X Performance each have dual speakers and Hi-Res audio when listening through your earphones. They both have a non-removable battery, and each has Quick Charge capabilities. They have the usual suspects – WiFi, Bluetooth v4.2, GPS, NFC, and a USB port – Type-C in the HTC 10 and microUSB v2.0 in the Sony – for charging and data transfer. The HTC 10 has a fingerprint sensor and the international – not the US – version of the Xperia X Performance also has a fingerprint sensor.

HTC is not doing too well financially – and it is understandable – they kept building smartphones that were never quite up to the standard of the competition. They made a splash with their all-metal design a few years back that consumers overlooked the specifications. However, each year HTC came out with the same basic design, kept tweaking their camera area, and avoided a QHD display, much like Sony – consumers were getting bored. HTC redeemed themselves with the HTC 10 – it is the best smartphone they have made to date. New design, high-end specs, QHD display, great sound, great camera – it has it all. How well does it stack up to the Sony Xperia X Performance? Let’s take a look.

The camera area is another aspect that HTC kept experimenting with, but no matter how good their intentions were, they never could keep up with the competition. The HTC 10 puts an end to that by using a 12MP sensor with its UltraPixel 2 that allows it to capture more light and image for better low light pictures. HTC uses laser autofocus, a dual-tone LED flash, a large aperture of f/1.8 and OIS. While the front-facing camera (FFC) is only a 5MP sensor, HTC also added a large f/1.8 aperture, a wide-angle lens, OIS, and even included an on-screen flash to ensure excellent low-light selfies and video chatting. A 3000mAh, non-removable battery powers the device and it comes with Qualcomm’s Quick Charge 3.0 – which will give you up to a 50-percent charge in only 30 minutes.

HTC placed their fingerprint sensor on the front of the device. This placement caused some manipulation their famed BoomSound. The low sounds or ‘woofer’ speaker was moved to the bottom of the device, and the high-end sounds now originate from the earpiece. HTC did rename their favorite to BoomSound Hi-Fi, to show the distinction. HTC also included Hi-Fi circuitry for great sounding music for your earphones. The HTC 10 measures 145.9 x 71.9 x 9mm and weighs in at 161 grams. It comes in Carbon Grey, Topaz Gold, and Glacier Silver and it will cost you about $650 with 32GB of memory. 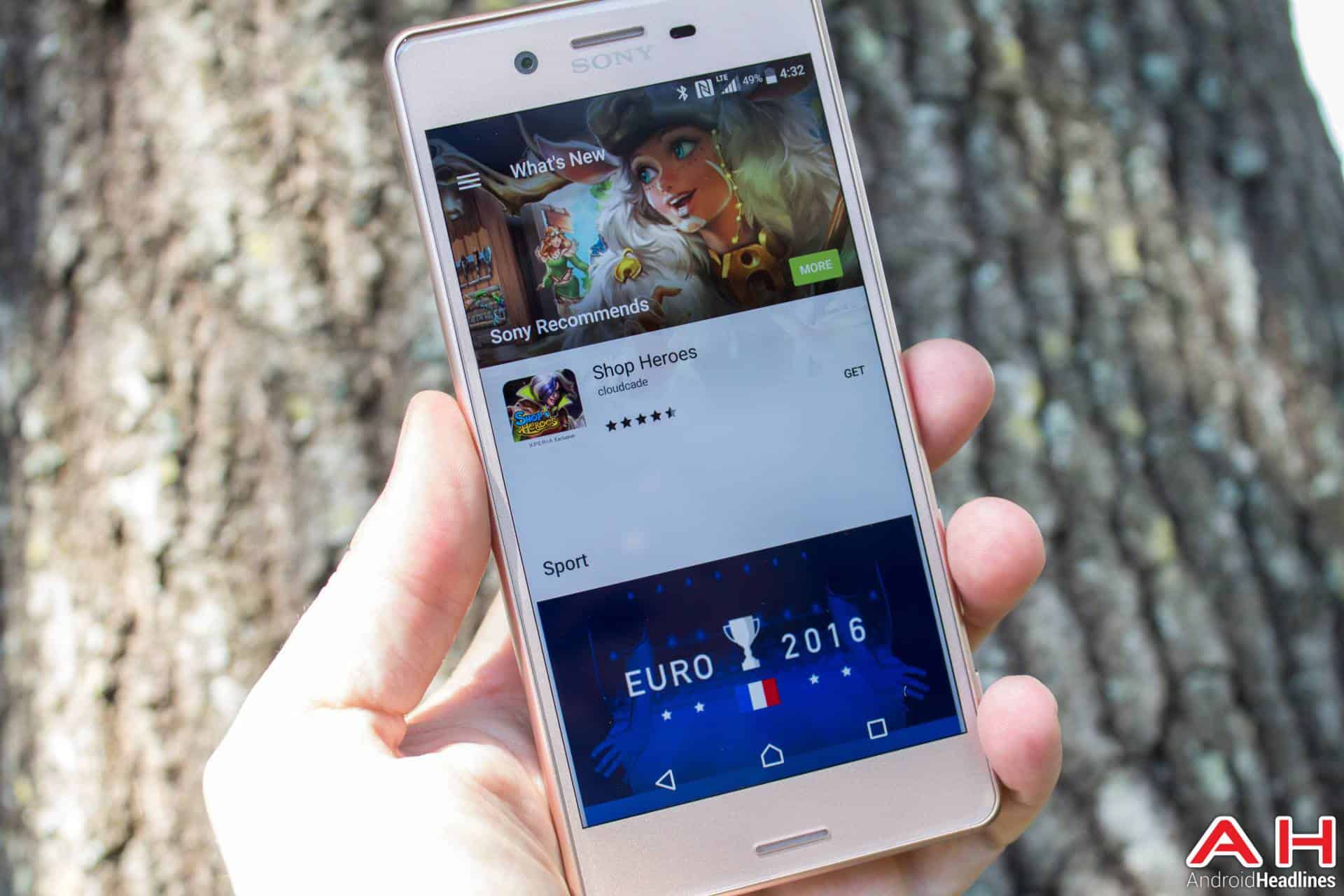 The new Sony Xperia X Performance will remind you of any Sony smartphone – Sony did switch from their infamous metal and glass design to an all-metal design, but the metal they used looks and feels like plastic. It has a rather cheap feel, and the HTC 10 has a much better feel to it. Another Sony faux pas, they put out a US model with no fingerprint scanner and an international model with a fingerprint scanner. While Sony refused to include a QHD display, they did include the best processor, GPU, but shorted consumers on RAM. Let’s see how it stacks up to the HTC 10.

The Xperia X sports the same 5.0-inch IPS LCD FHD display with a resolution of 1920 x 1080 pixels, and 441 PPI. Sony did make a right decision and grabbed up the 64-bit Snapdragon 820 quad-core processor with dual cores clocked at 1.6GHz and a dual-core clocked at 2.15GHz. It is packing only 3GB of DDR4 RAM and the Adreno 530 GPU to handle the graphics. The Xperia X Performance comes with 32GB of internal memory, which is expandable to 200GB via a microSD card.

The Xperia X Performance model uses Sony’s 23MP camera sensor for its primary shooter with an aperture of f/2.0, 24mm, Phase Detection Autofocus (PDAF,) and LED flash – still no OIS. Sony included a large 13MP FFC and gave it an aperture of f/2.0 and 22mm lens for great selfies and video chats. A 2700mAh non-removable battery with Quick Charge 2.0 capabilities supplies the power.

The Sony Xperia X Performance retains Sony’s dual stereo front-facing speakers and keeps the IP68 certification for dust and water. There is no fingerprint sensor in the US version, but the international version should work on limited US networks – check with your carrier. The Xperia X Performance measures 143.7 x 70.4 x 8.7mm and weighs in at 164.4 grams. The colors are White, Graphite Black, Lime Gold, and Rose Gold and the Xperia X Performance will cost you about $675 – $700.

This win has to go to the HTC 10 – not only is it cheaper, it has a solid metal build, a larger QHD display, and excellent camera area. It uses the same processor, GPU, and has expandable memory, it has 4GB of RAM versus 3GB in the Xperia X Performance. It offers a fingerprint sensor in all models, has a larger battery and uses Quick Charge 3.0 versus Quick Charge 2.0.

There are those that will stand beside their Sony products until the very end – I admire their loyalty, but not their logic. Sony continues to use an LCD FHD display – supposedly to save battery life, but you could not prove it by the test results – refuses to jump to 4GB of RAM, and then make the decision to leave off the fingerprint sensor for the US version.

The Sony Xperia X Performance is a fine smartphone, but for less money you can get more phone in the HTC 10 – the winner of this comparison.