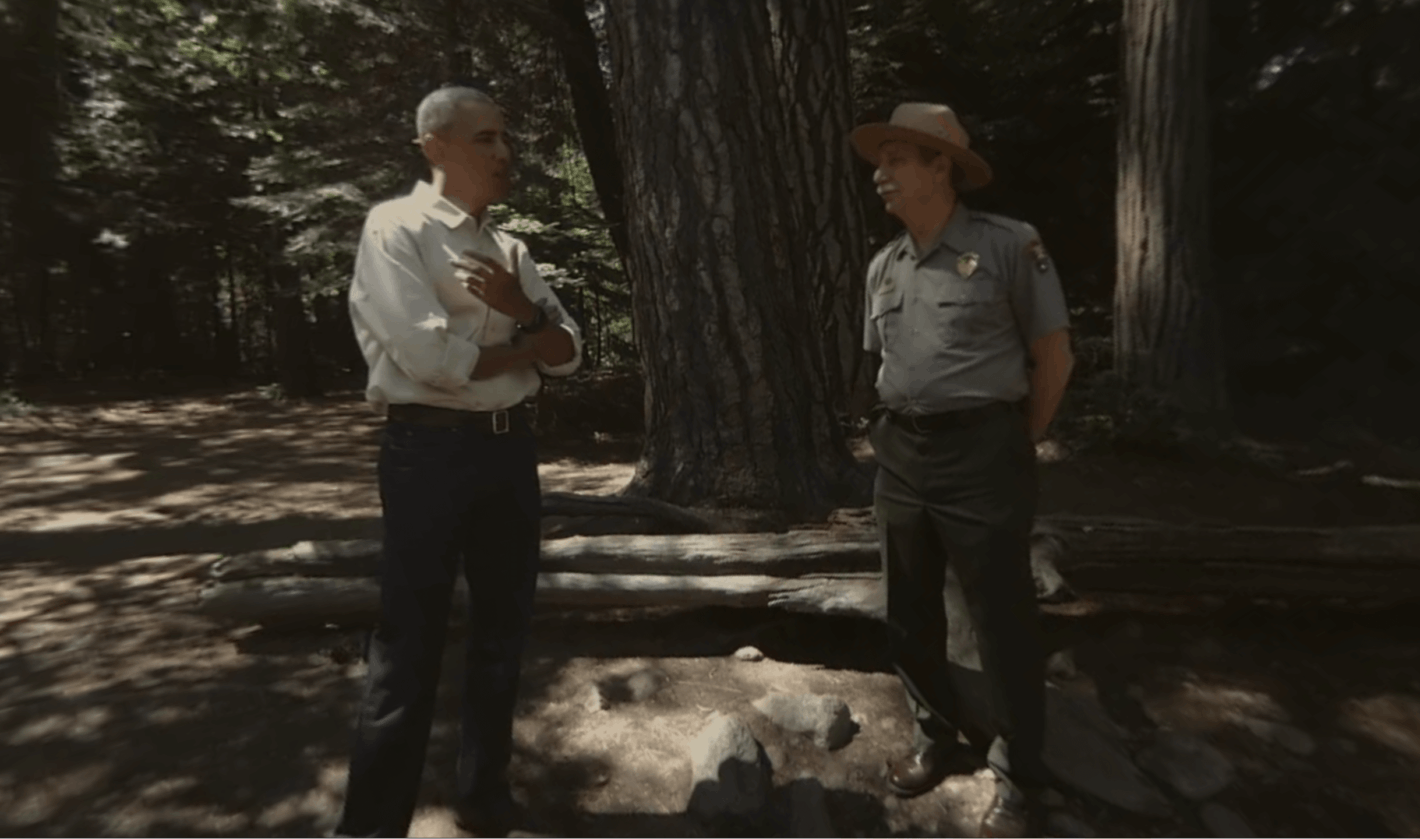 With the advent of modern VR headsets like Oculus Rift, HTC Vive, and Samsung Gear VR, a large number of people around the world have started taking interest in the concept of virtual reality. The fact that virtual reality can offer a different view of how we see the world and how we react to what we see, it is a concept that may have a long future unless innovators come up with something that’s truly advanced and a lot better than we can imagine. At the same time, it would be naive to expect companies like Facebook to do nothing to advertise the concept of virtual reality. Earlier this summer, President Barack Obama paid a visit to the Yosemite National Park near Mariposa in California and with the permission of the White House, Oculus in collaboration with Felix and Paul Studios released a film of the President’s visit in virtual reality.

Earlier today, in a Facebook post, National Geographic released the 11-minute virtual reality video in which not only does the President take a tour of the national park with his family and a lot of other people, he also speaks about a number of relevant issues like climate change, the need for conservation and the importance of kids visiting national parks. While the President’s spoke in the background, the 360-degree virtual reality video showed the park in all its glory. ‘Through The Ages- President Obama Celebrates America’s National Parks’, which is how the film is titled, has received nearly 200,000 views so far and it is truly an innovative and popular way of showcasing the wonders that virtual reality can bring to the world.

Even though making a VR film starring an American President is a serious thing, this isn’t the first time that anybody has attempted to give VR a big marketing push by roping in celebrities. Last year, when Samsung launched its first Gear VR headset, it partnered with the NBA, Mountain Dew, and Red Bull to create 360-degree virtual reality content for the Gear VR starring celebrity players like Chris Bosch, San Francisco Giants Pitcher Jake Peavy, and other celebrities like Kevin Strahle (better known to most as YouTube star L.A. Beast) and Richard Ryan. Not too long ago, celebrity musician Bjork partnered with HTC to create unique album experiences in virtual reality on the HTV Vive during her tours. While we haven’t seen the last of celebrities doing their bit for virtual reality, they’ve surely helped the platform get a head start and it won’t be long before viewing VR films and playing VR games aren’t unique experiences for us anymore.