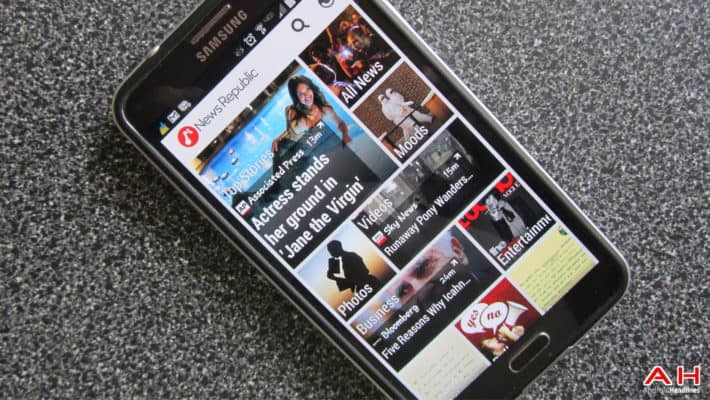 Chinese software maker, Cheetah Mobile, has reportedly acquired France-based news aggregation service, News Republic, for $57 million. Neither of the two companies have released any official statement of any description either confirming or denying the reports until now. While Cheetah Mobile is a software developer known almost universally for its Clean Master and Battery Doctor Android apps, News Republic happens to be similar to other news apps like Flipboard, although it allows users to curate news items and categories based on their own choices and publish them on the app itself. Other users can then choose to follow the ones whose collections they feel serve their needs the best.

Cheetah Mobile, as mentioned already, is a China-based software developer responsible for well-known apps like Clean Master and Battery Doctor, which are found in almost every other Android phone. Whether pre-loaded by manufacturers or downloaded by users, Cheetah Mobile apps have, over the years, become ubiquitous on Android devices and at this point in time, there are probably very few Android users who’re not familiar with either the company or any of its products. Having said that though, hardcore Android enthusiasts generally tend to be not too favorably disposed towards the company for its propensity to turn the otherwise perfectly viable apps into unusable bloatware by adding more ‘features’ with every update whether anybody particularly cares for them or not.

News Republic, on the other hand, actually allows users to read entire articles on its app – much like Microsoft’s MSN – without having to hop over to the publisher’s website, and is said to have worked with around 1,650 news organizations worldwide to have enabled the feature on its app. Even before the latest deal, the company had already raised $10.3 million in capital from XAnge, Creathor Venture and Intel Capital, among other notable venture capitalists and angel investors. As for Cheetah Mobile, Many of the company’s apps come pre-installed on devices of manufacturers like Samsung and ASUS, and while that has helped the company reach a phenomenal user-base, it has also gained Cheetah Mobile’s software an unfortunate reputation of being bloatware that the company has found hard to shake off.