With the NVIDIA SHIELD Android TV now being on the market for some time, many might be assuming that a new version could be on the way soon. As is the case with most devices in the Android world. Whether that is the case or not, it does certainly seem as though a new SHIELD Controller (which is the game pad for the SHIELD) is on the way. At least that is what new FCC filings seems to be detailing.

FCC filings for a new SHIELD Controller have now been spotted and come with the model number ‘P2920’. While the filings do not provide any substantial information on what the new controller can do, if it can do anything beyond the already-available SHIELD Controller, the filings do note some very interesting differences between the current and new model. The first being that the new one seems to be missing a headphone jack completely. Which will probably be a little disappointing to current owners of the SHIELD Android TV or the SHIELD Tablets as the headphone jack does allow users to very easily connect a pair of headphones to the controller, which is typically always in reach of the user. However, another interesting difference is that the new controller will probably establish a connection over Bluetooth instead of Wi-Fi direct.

Which in reality, might explain the first difference. If the new controller is going to make use of Bluetooth as a primary means of connecting, then it stands to reason that it will be geared towards establishing a connection with headphones over Bluetooth as well. So while this will be of benefit to those who own Bluetooth headphones, it could prove problematic for those who still use (or prefer to use) wired headphones. Not to mention, that the Bluetooth issue is not strictly something that needs to be included as the SHIELD Android TV and Tablets can already connect directly to Bluetooth headphones irrespective of the actual SHIELD Controller. Of course, the details that the FCC filings does not pick up on is when the new controller will arrive or the price it will be when it does arrive. Likewise, although FCC filings do often provide schematics, diagrams or other illustrative viewpoints of a new product, that does not seem to be the case this time, with the only notable image being the one below. 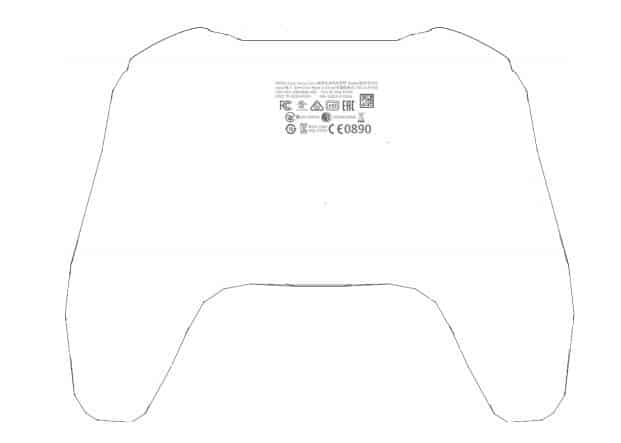