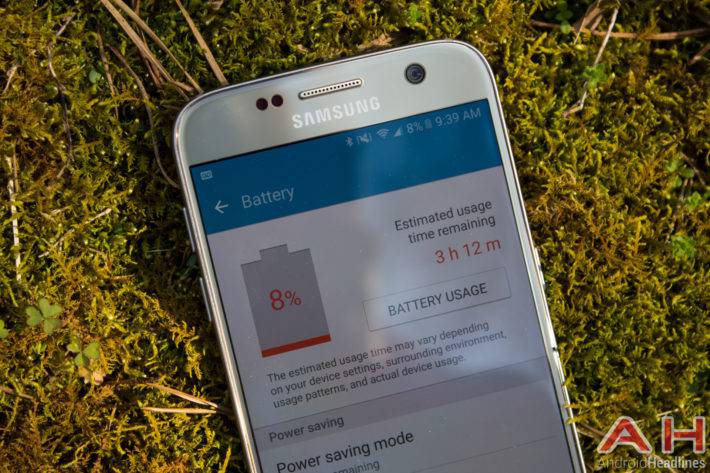 As smartphone technology continues to advance, smartphones become more powerful with each generation. More RAM, higher resolution displays, faster processors, new features. This is great for consumers that rely on their phones to do many different things. But there is a downside: battery life. As phones become more powerful, they consume more battery in smaller time periods. Batteries tend to increase in capacity with each generation as well, but just enough to keep up. However, a new report claims that within the next year, a new lithium-ion battery technology will be available that will double the capacity of today’s batteries.

The technology is being developed by SolidEnergy Systems, and will be used as early as the end of this year in drones, with other applications coming soon. Unlike a traditional lithium-ion battery, which uses graphite, SolidEnergy’s batteries use lithium metal foil anodes. This foil is only 20 percent the thickness of today’s graphite anodes, allowing batteries to fit more power into a smaller form factor. According to Qichao Hu, CEO of SolidEnergy, these new batteries will have twice the energy density of current batteries, so current devices such as smartphones can pack twice the battery power into the same amount of space, or keep the same amount of battery power and reduce the space the battery takes up by half. This is more than just a concept; last year, Hu revealed a prototype of a battery that was half the physical size of an iPhone 6 battery, with a capacity of 2.0 amp hours, in comparison the current battery used by the iPhone 6, which is only 1.8 amp hours. In addition to providing more power in a smaller package, these batteries are also safer, due to the fact that they are non-flammable.

Starting next year, SolidEnergy plans to start producing these batteries for some of the devices we use the most. Smartwatches won’t need to be charged as often, and electric vehicles will be able to extend the distance they can drive before needing to charge their batteries. In fact, Hu hopes to beat Tesla to create a vehicle battery that will last for 400 miles before it needs to be recharged. Smartphones may even finally get batteries that will easily last all day with very heavy usage. The drawback to this, of course, is that a battery with twice the capacity will take twice as long to charge. However, with battery charging technology advancing as well, this may not present a big issue by the time these batteries are widely available in consumer products. Since battery life is one of the biggest complaints across many mobile device models, this could be a huge advantage to smartphone users, and may render “wallhugging” a thing of the past.