Android Pay is Google’s second attempt at mobile payments, and it seems to be taking off a bit more than Google Wallet did. Although Apple Pay and Samsung Pay both have more users right now. But that hasn’t stopped Google from attempting to bring in more users and get these users to use the service a bit more. About a month ago, there was a new feature discovered as coming to Android Pay, which was a map of nearby merchants that accepted Android Pay. Making it easier to figure out which places accept Android Pay, versus those that don’t. Now it appears that feature is actually rolling out.

The feature is actually pretty plain. Essentially it shows you a list of merchants that accept Android Pay and it also shows you how far away they are. So you can see what restaurants are in walking distance, that accept Android Pay. Or maybe a fast food place that accepts it. The new nearby tab will appear as a location button at the top of the app, next to the overflow menu on the right side of the app. It doesn’t appear to be available for most users right now, so there is a possibility that it’s a slow roll out or even still in a testing phase. But there are a few users seeing it, so it shouldn’t be long, hopefully. There is no new update to Android Pay either, so this is obviously a server-side update for the app and service.

Google has said before, that they have some big plans for Android Pay. Some of those we’ve seen already in the app. Which includes adding in your loyalty cards and even gift cards. So instead of having to fumble around to find your CVS ExtraCare card when you are picking up your prescriptions, you can simply open the Android Pay app and tap-to-pay, before using the app to pay for your purchase. Making things a lot easier. This nearby tab is definitely a small feature, but it is something that should hopefully get more people into using Android Pay. Especially since many don’t even know the service exists, actually. 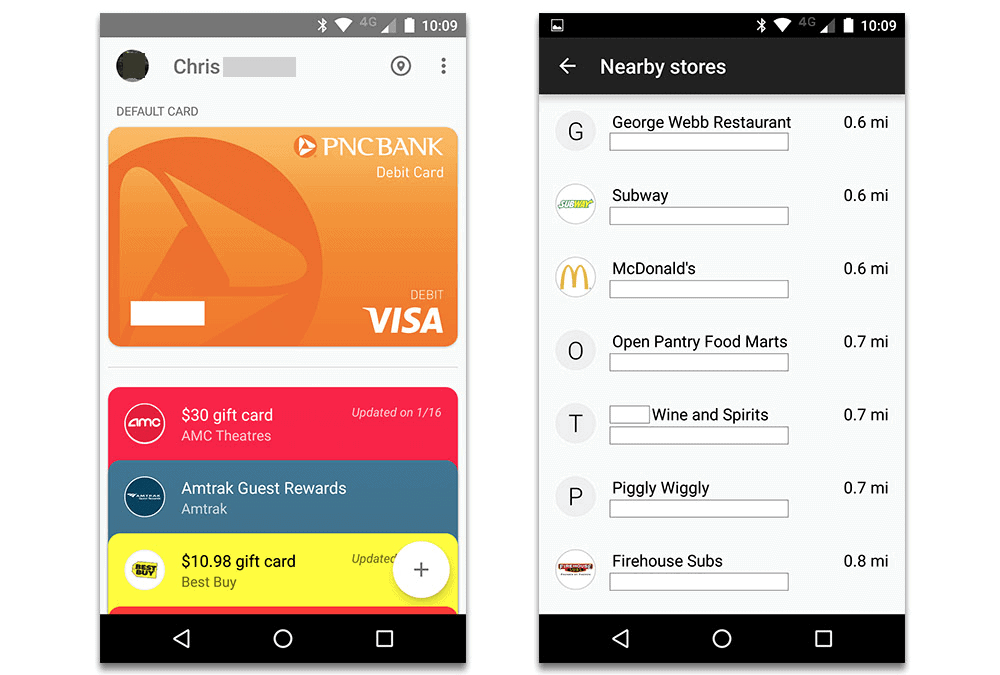