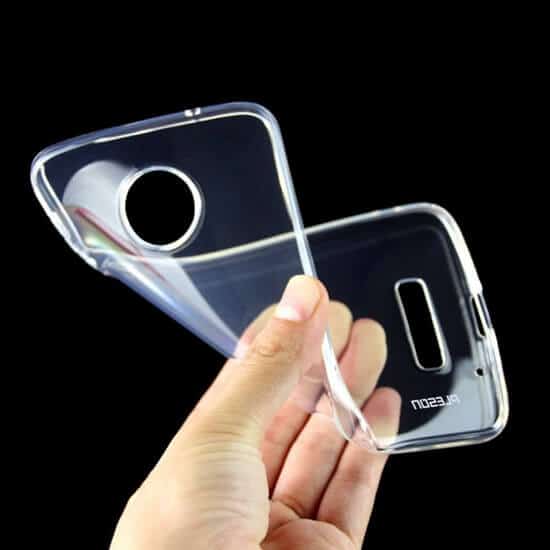 Motorola is, as many of you know, now owned by Lenovo. The company had introduced a couple of smartphones this year under the 'Moto' brand, the Moto G4, Moto G4 Plus, Moto Z and Moto Z Force. Now, the company is expected to introduce a couple more devices in the coming weeks, the Moto Z Play and Moto X4 have been leaking quite a bit lately, and even though we don't exactly know when will Motorola / Lenovo reveal these two devices, we do expect it to happen really soon.

That being said, a new Moto X4 leak has just surfaced. If you take a look at the gallery down below, you'll get to see a number of images of a case for the Moto X4. The render of the device is also available, though do keep in mind it is based on previous leaks, so, take it with a grain of salt. It seems like Motorola plans to keep the Moto X4 in line with their Moto Z line though, the phone will sport the 'oreo' on the back, the camera sensor and other belonging sensors will be placed within that circle on the back, and judging by these images, that part of the device won't protrude all that much. The Moto Mod pins will be included here, of course, they're pictured in the lower part of the phone's back. The aforementioned case is actually a rather basic, soft silicone case it seems, it's see-through, and it seems to be a third-party case coming from iPleson, which is the site this case is listed on.

Now, according to previous rumors, the Moto X4 will be announced on August 24th, which is only two days from now, but do keep in mind those are just rumors. In any case, a couple of Moto X4 renders surfaced back in May, along with a real life image of this smartphone. We did not exactly stumble upon any detailed spec info up until now, but the Moto X4 is expected to sport a smaller display than the Moto Z (& Z Force), which means it might ship with a 5.2-inch panel, just like its predecessor. Motorola / Lenovo is expected to include 4GB of RAM here, and the Snapdragon 820 64-bit quad-core SoC will probably fuel this smartphone.