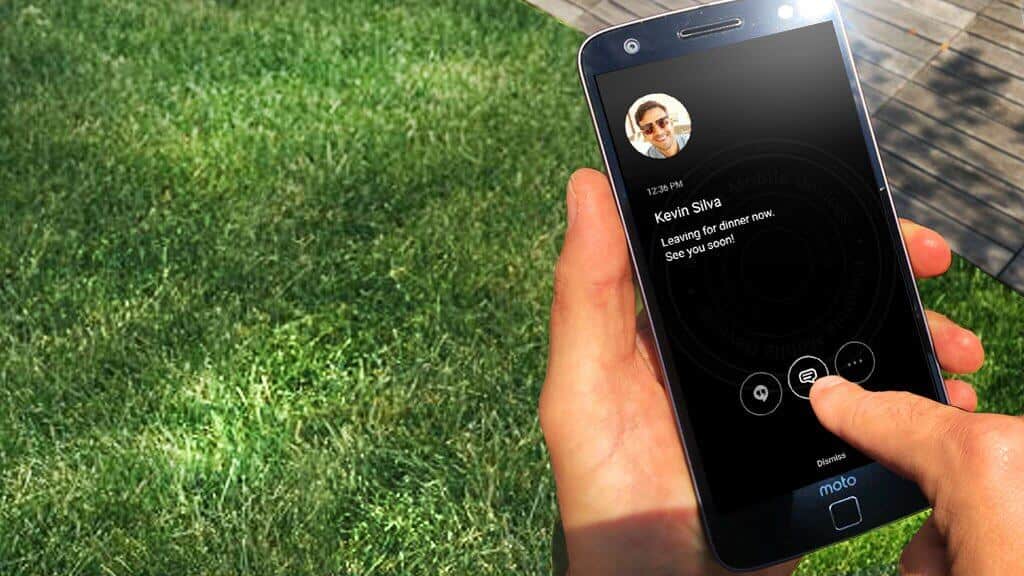 Competition is always fierce in the smartphone space, but the consumer is almost always the winner. Sometimes, though, rivalries between OEMs can get a bit ridiculous, coming to resemble a schoolyard spat. That’s about where things stand with Moto and Samsung. Taking to Twitter to let the public know about the issue, Moto Tweeted about Samsung’s alleged theft of their Always On Display feature in a rather indirect manner. The Tweet was, of course, obvious enough to get through, and sparked lively debate on Twitter about the nature of innovation and the “theft” of smartphone features outside of the wild world of patent and copyright law.

“In what galaxy is it okay to steal competitor phones’ cool features?”, the Tweet read, bearing the attached photo of a Moto Z’s Always On Display feature in use. This comes on the heels of great sales numbers for the Galaxy S7 and S7 Edge, Samsung’s first two phones to use Always On Display, along with talk of heavy improvements to the feature in the Galaxy Note 7. While older phones can obviously claim the pedigree of having the first displays to be almost always on, usually turning off on their own after 30 minutes or so of no user activity or bearing a smart version of the always on feature on certain Nokia MeeGo smartphones, the first Android to bear the feature was indeed a Motorola device; the 2013 Moto X, beating out the first YotaPhone by a few months.

The issue here is that, for all intents and purposes, the feature belongs to Samsung because despite the fact that Motorola did it first, Samsung put down a patent for the feature in the Galaxy S7 family. Add this to the fact that Samsung popularized the feature, and not many people are going to side with Moto on this debate. In any case, Moto’s provocative Tweet does incite bragging rights and bring a bit of attention to the Moto Z and its own Always On Display feature. Since this is a selling point for the Galaxy series, this could make many a would-be Galaxy buyer curious about what Moto has to offer, as the Always On Display is certainly one of their headlining features, but not the only one should grab attention.