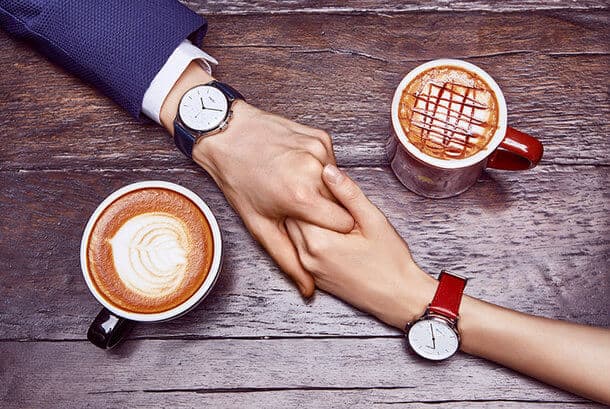 Meizu had started off its technology journey by manufacturing mp3 players quite some time ago. As time went by, the company switched over to smartphones, though they do manufacture a pair of earphones and headphones here and there. In any case, this company managed to grow quite a bit in the last couple of years, they've managed to sell over 20 million smartphones last year, and are looking to increase that number this year. Their upcoming Meizu PRO 7 flagship looks really appealing, and is expected to land at the beginning of next month, though that's not the only device that leaked recently. You might remember we've seen quite a few leaks regarding Meizu's upcoming smartwatch, well, that smartwatch is now official, let's see what it has to offer, shall we.

The company has introduced their new smartwatch which is called Meizu Mix, and the watch is low listed on a Chinese crowdsourcing site, Taobao. As you can see in the provided images, this watch is made out of metal, and it is available in two color variants, Black and Silver. The watch comes in three different variants, Denim, Leather and Stainless Steel, all of which refer to the watch band, of course, and all three are also pictured in the gallery down below. Now, much like the smaller variant of Moto 360, this watch has a 42mm case, though it does not ship with a digital display. The watch does, however, come with a number of smart features built in, while it looks like a regular mechanical watch, which is something we've seen other manufacturers push out to the market already. The watch does come equipped with the LED notification light, while the vibration motor is included as well, and the watch's internals are protected with a Sapphire Glass up front.

For those of you who are wondering if this watch is waterproof, the answer is yes, it is waterproof up to 30 meters. The watch also packs in Bluetooth 4.0 LE for connectivity purposes, and comes with a 270mAh battery, which should provide tons of battery life considering it doesn't need to power a digital display, Meizu says it is capable of up to 240 days of battery life, and we presume that this regards to the watch's standby time. Accelerometer and Gyroscope are included here, and the aimed crowdfunding goal for this watch is set at 500,000 Yuan ($75,420). The watch is expected to be available starting from next month (or October at the latest), and the three aforementioned versions (Denim, Leather and Steel) will cost 999 Yuan ($151), 1,299 Yuan ($196) and 1,499 Yuan ($226), respectively. It is also worth mentioning that you'll be able to connect this smartwatch to your smartphone, of course, you'll need to install Meizu's app in order to do so though.