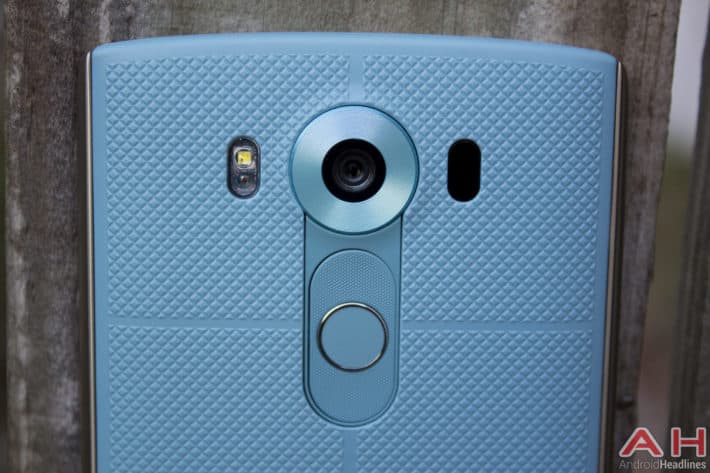 The LG V10 was one of the most interesting smartphones last year. This was essentially LG’s second flagship for 2015, as it launched with a slightly better spec sheet than the company's LG G4 flagship. The V10’s main feature was its secondary ‘ticker’ display which was placed above its main panel, but the device also offered great build quality, specs and it generally left a good impression on people who reviewed / used it. That being said, LG had recently confirmed that the LG V20 is coming on September 6th, and that it will ship with Android 7.0 Nougat out of the box, which managed to surprise quite a few people. The phone will be launched in San Francisco, and we’ve already seen some leaked specs when it comes to this phone, read on.

The LG V20 specs surfaced on August 1st in South Korea, and truth be told, they looked a bit odd. That leak suggested that the LG V20 will ship with a 5.5-inch fullHD (1920 x 1080) display, while the LG V10 sported a 5.7-inch QHD (2560 x 1440) panel. Well, a new rumor surfaced, and it shares a somewhat different spec sheet than the one we’ve seen the other day. According to a new leak, the LG V20 will ship with a 5.7-inch QHD (2560 x 1440) QHD panel, just like its predecessor, and it will pack in 4GB of RAM and a secondary display similar to the LG V10. Qualcomm’s Snapdragon 820 64-bit quad-core SoC will fuel this phablet, and the Adreno 530 GPU will be in charge of graphics processing. The 21-megapixel shooter will be placed on the back of the LG V20, and it seems like we’ll get a dual camera setup on the front, and judging by this leak we might get two 8-megapixel cameras as part of that setup. Android 7.0 Nougat will come out of the box here, as LG already confirmed, and on top of it, you’ll get the newest version of LG’s custom UI, of course.

Now, in addition to all this, the source claims that the LG V20 will sport a similar build to the LG V10, and that it will not offer any sort of modularity, like the LG G5. The source claims that this information comes from a credible source, though no additional details have been shared, so make sure to take this info with a grain of salt, of course.