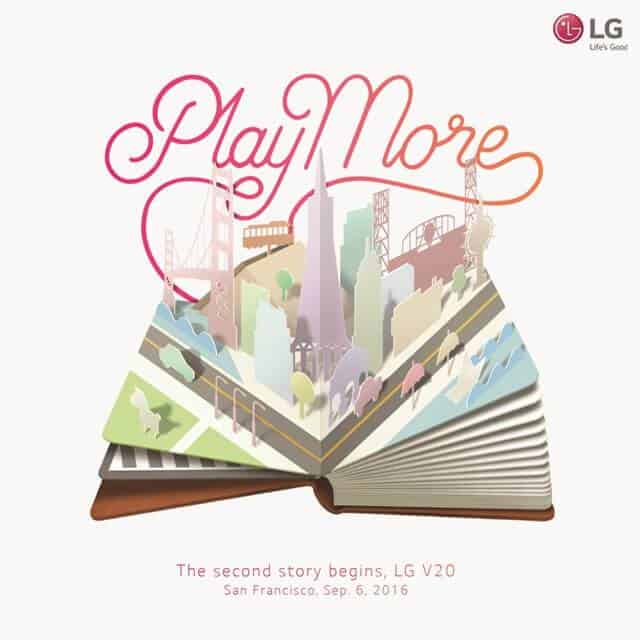 LG had essentially released two flagship devices in 2015, the LG G4 and the LG V10. The LG G4 is more of a regular device that everyone expected LG to introduce, while the LG V10 was a breath of fresh air, in a way. This is a 5.7-inch phablet which actually comes with a secondary ‘ticker’ display, which is placed above the phone’s main panel. The LG V10 was actually a well-built, sleek-looking smartphone which managed to intrigue quite a few people, and some people are eagerly awaiting to see what will the LG V20 have to offer.

The LG G5 sales are not exactly going according to plan for the company, so LG is hoping that the V20 is going to improve their smartphone sales for this year. The company had already confirmed that the device will arrive next month, and that it will ship with Android 7.0 Nougat out of the box, but we had no idea when exactly is the company planning to release their newest phablet, until now, that is. The company has just confirmed that the LG V20 will be announced on September 6th in San Francisco, and September 7th in Seoul. LG has also released a teaser image for the LG V20’s launch, as you can see, and it contains the ‘Play More’ and ‘the second story begins’ taglines. This teaser image does not reveal any additional details when it comes to the LG V20, but that was to be expected.

Now, according to leaked specs, the LG V20 will sport a 5.5-inch fullHD (1920 x 1080), which seems quite odd actually, not only will its display be smaller than the one utilized in the V10, but the resolution will also be 1080p instead of QHD. Keep in mind this is just a leak, and the only leak we have at the moment, but take it with a grain of salt, it seems odd LG would backtrack to a fullHD panel. Anyhow, in addition to this, the leak also said that the phone will be available in both 3GB and 4GB RAM variants, while those models will ship with 32GB and 64GB of storage, respectively. Qualcomm’s Snapdragon 820 64-bit quad-core SoC will fuel the LG V20, while a 4,000mAh battery will also be a part of this package. The 20-megapixel camera is expected to be located on the back of the LG V20, at least according to the leaked info, while an 8-megapixel shooter will be available up front.