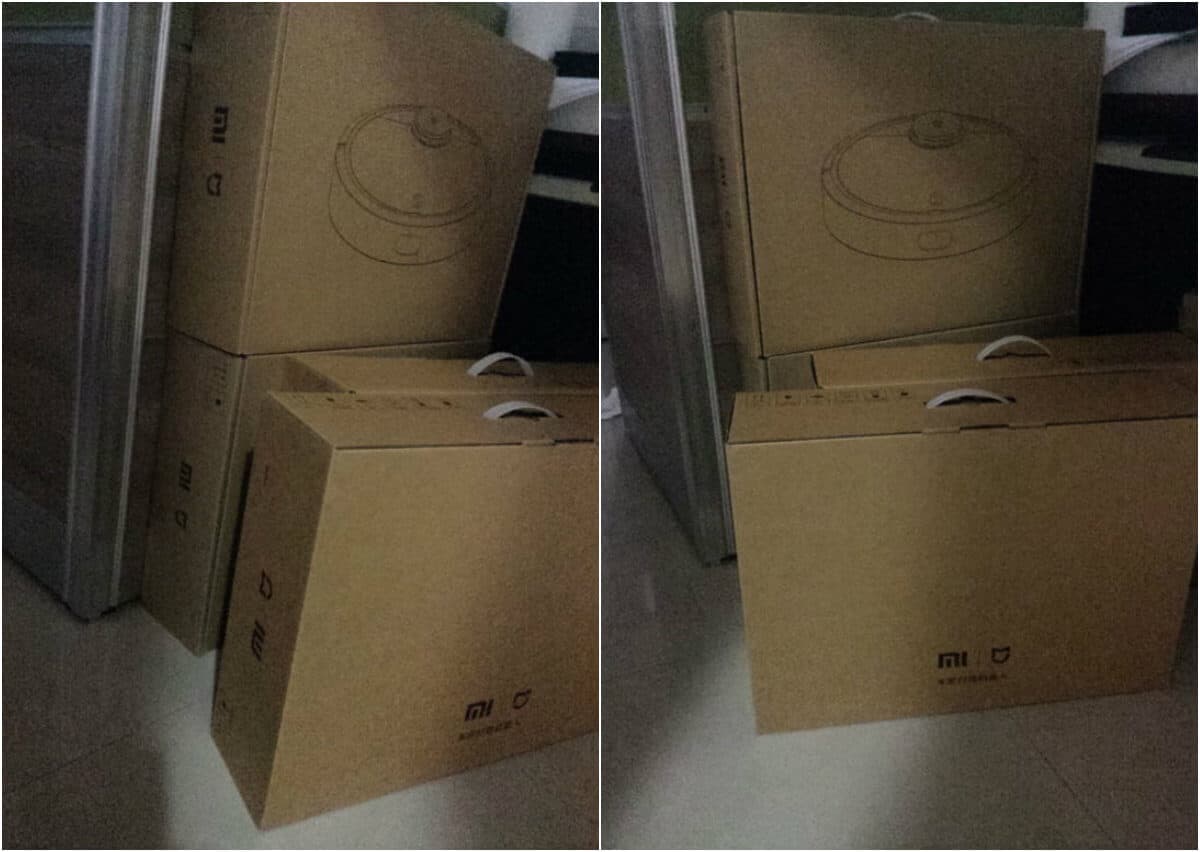 Xiaomi might be a smartphone manufacturing company before anything else, but this China-based company is so much more than that. They released all sorts of devices thus far, including a smart scale, smart lightbulb, smart rice cooker, tablets, fitness trackers… and so many other smart gadgets. That being said, it seems like Xiaomi is planning to introduce yet another really interesting smart device, read on.

A couple of interesting images surfaced in China which seemingly show packaging of Xiaomi's upcoming product. If you take a look at the provided images, you'll notice that there's a robot vacuum cleaner pictured on them, along with Xiaomi's branding, which suggests that Xiaomi plans to release such a device in the near future. Now, most of you are probably not all that familiar with robot vacuum cleaners, though they did become quite popular in the last couple of years, even though the higher-end ones are not all that cheap. iRobot's Roomba series of vacuum cleaners managed to become quite popular in the last couple of years, and same can be said for Neato's products.

That being said, we don't really have all that much info when it comes to Xiaomi's upcoming robot vacuum cleaner, but aside from the packaging images you can check down below, we've also included a screenshot of the app which this robot is supposed to connect to. Now, if rumors are to be believed, this robotic vacuum cleaner won't be all that cheap in the general sense, but it will be really competitive in terms of pricing considering other robot vacuums are not cheap at all. If a rumor is to be believed, Xiaomi's robot vacuum cleaner will cost around 3,000 Yuan, which translates to $450. Now, that might seem like a lot of money for a robotic vacuum cleaner, but if you consider that iRobot's Roomba 980 vacuum cleaner costs $899.99, this pricing is more than affordable. Do keep in mind that this is just a rumor at this point, we're not even sure if Xiaomi plans to introduce such a product, let alone how much will it cost. Do stay tuned though, we'll report back as soon as more info surfaces.