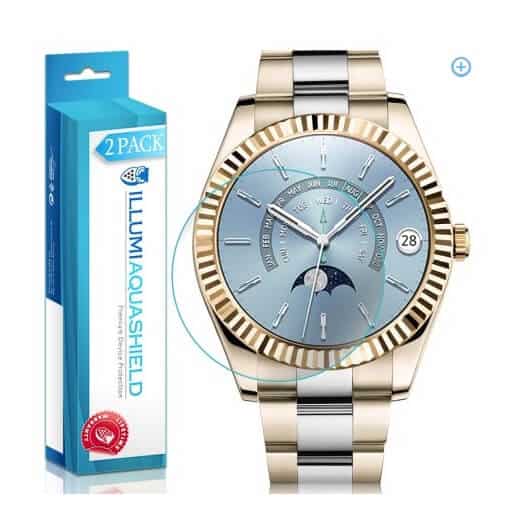 The Samsung Gear S3 is slated to be announced at Samsung's press conference at IFA later this week. The company has been teasing it on the invite for the event, additionally the Gear S2 was announced at IFA last year. So it only makes sense that its successor is announced there as well. We haven't seen much in terms of what the smartwatch may look like, until now. SamMobile has published a few pictures of what the Gear S3 is going to look like. Of course, it is important to take all of this with a grain of salt, at least for now, as this is a leak.

These pictures actually come from a couple of screen protectors for the Gear S3's display. From these pictures we can see that it will be available with a gold and silver band, along with a gold face. It's hard to tell from these pictures if the bezel will still rotate, but it likely will since the Gear S2's bezel did rotate, which helped in navigating through the OS. It likely is running Tizen OS again, as this doesn't look like Android Wear – and Samsung has been focusing on Tizen for their wearable products lately. The crown is sitting at the 3 o'clock spot. A bit different from where other smartwatches have been placing it as of late. The Moto 360 and Huawei Watch have theirs closer to about the 2 o'clock spot.

As mentioned, these are leaked photos and with them coming from an IllumiShield listing for their screen protectors, this could just be a mock up that they've made for the upcoming device. It's not uncommon for companies to pass along measurements for their upcoming products to companies like IllumiShield to make accessories and such for their products. That way they are available when the said product is made available. Additionally, Samsung will likely launch the Gear S3 in a regular style and then a "Classic" style. Similar to what they did with the Gear S2 last year. The device is slated to be announced on Wednesday, so all will be told fairly soon. 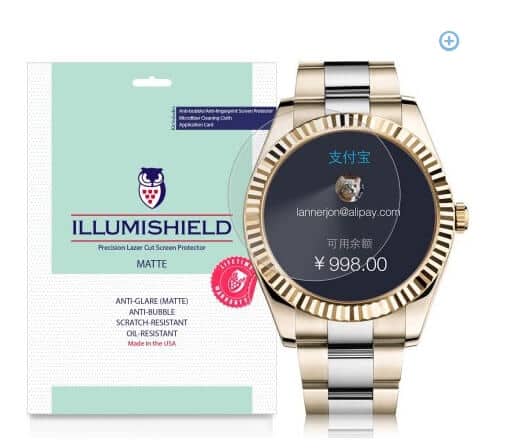