It looks like the Chinese smartphone manufacturer, Meizu, is preparing for yet another smartphone launch and the rumor is that this smartphone will be a flagship device. Just a few days ago a new Meizu smartphone was spotted on the benchmark website AnTuTu as the model named Meizu_m98, which also revealed some of the specifications of this upcoming device. Today some new details about the device appear to have surfaced.

A leaked teaser has been spotted on a Chinese blogging site, with the taglines : “Pro than Pro” and “pro flagship fingertips,” According to rumors, this smartphone might be the Meizu Pro 7 or Pro 6 Pro — Meizu’s flagship Pro 6 smartphone was launched back in April of this year. The teaser also revealed the date of the potential announcement for this possible flagship device, which is listed as September 3rd. In regards to the specifications of this device, the phone will sport a Quad-HD display with a resolution of 2560 × 1440, 4 GB of RAM while internal storage will be at 32GB. The device will be powered by Samsung’s Exynos 8890 Octa-core processor – the same SoC which is powering the Galaxy S7, Galaxy S7 Edge, and recently announced Galaxy Note 7 – and a Mali T880MP12 GPU for the graphics processing. The front camera on this device will be a 12-megapixel shooter and come paired with a 5MP front-facing camera for selfies and video chat. The device will come running on Android Marshmallow 6.0.1 out of the box. There are no details available for pricing of the device but as we with most of the other Chinese flagship smartphones, it’s likely to be eye catching and available at a reasonable cost compared to other devices in its range.

It’s also worth noting that just a few days ago Meizu launched a mid-range smartphone called the Meizu m3e, packing great features such as a 1080p display, a 13-megapixel of camera, a Mediatek Helio P10 SoC, 3GB of RAM and a 3100 mAh capacity battery at an attractive price point of $196 (CNY 1299), and has already managed to receive more than 3 million registrations in less than 24 hours, even before the device goes on sale. Meizu is giving stiff competition to its Chinese rivals such as Huawei, Xiaomi, Oppo and Vivo, so it will be interesting to see whether this potential flagship will prove to be a success just like other recently launched Meizu devices. 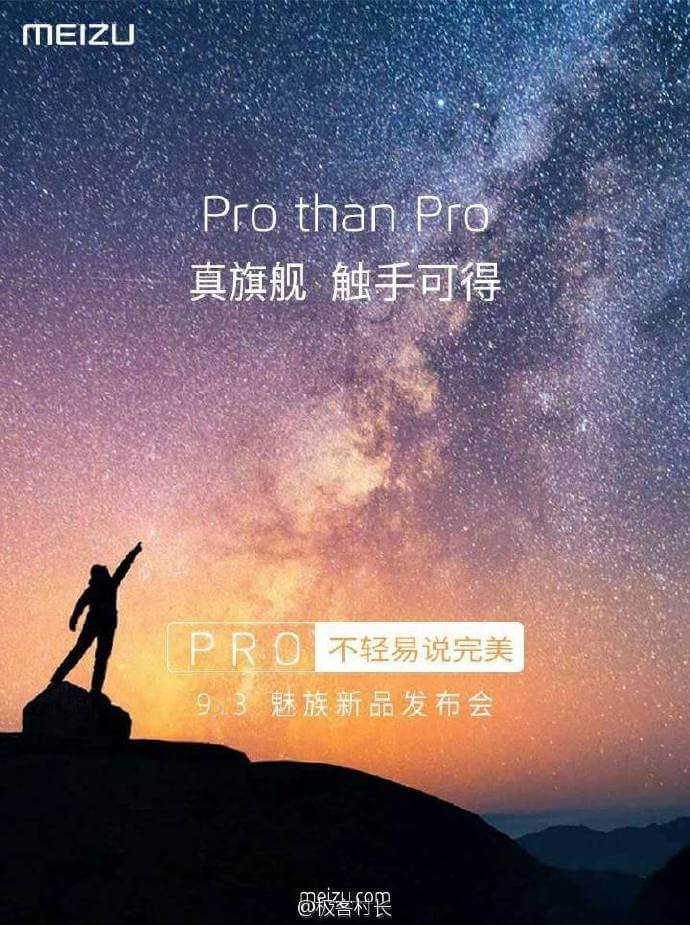