One of LeEco’s alleged upcoming devices being referred to as the Le 2S has just leaked, and it’s rumored to come powered by Qualcomm’s recently announced Snapdragon 821 processor. In addition to the refined version of the Snapdragon 820 CPU, the Le 2S is also rumored to come with a new industry first for smartphones – 8GB of RAM. While OnePlus recently launched the OnePlus 3 with 6GB of RAM earlier this Summer, most other top-end flagship devices from 2016 come with 4GB of RAM, making even 6GB still unheard of in most cases. This puts into perspective just how much RAM 8GB really would be for a smartphone device, and just how seriously LeEco must want people to take it’s higher end phones if the rumor proves to be true.

While the validity of the 8GB of RAM can’t be confirmed, if the Le 2S does come with this particular amount of memory it would likely carry with it plenty of multi-tasking performance especially when considering that it is rumored to come paired with Qualcomm’s best and latest processor to date. Alongside the rumored processor and memory specs, LeEco is also rumored to be giving the Le 2S an official announcement in the coming weeks, set for the first week or second week of September with potential dates set for September 7th or September 9th.

No other specifications are offered with the above-mentioned rumors, but the images provided do paint a picture of what can be expected to some degree. The device quite obviously carries a front-facing camera up at the top just above the screen, although without any details on what sort of quality the sensor will be. It’s worth mentioning, too, that while the device doesn’t appear to be powered on, it does look to offer some pretty slim bezels which wouldn’t be out of the ordinary for a device coming from LeEco. The device itself also appears to be pretty slim, although perhaps not as slim as a set of recent concept renders of a LeEco flagship model that surfaced back on August 5th. LeEco isn’t as well known to the U.S. market but they are just starting to gain some ground here in the country, and have even recently acquired Vizio, a popular TV brand, which should help them gain some foothold in the U.S. in another area of technology besides smartphones. 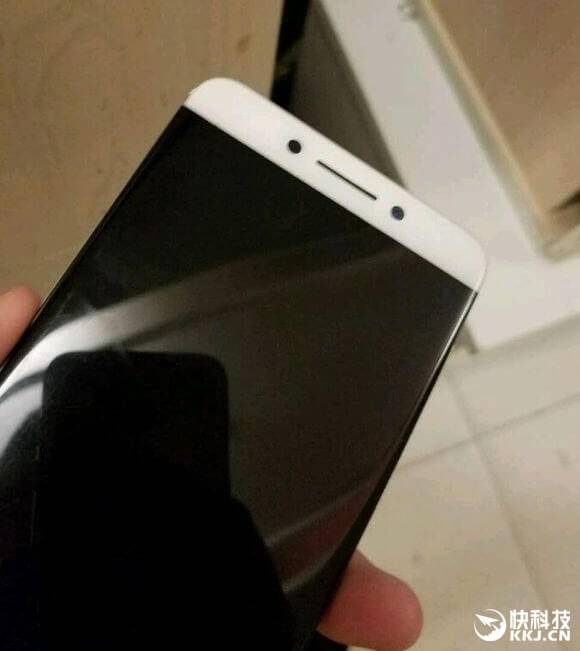