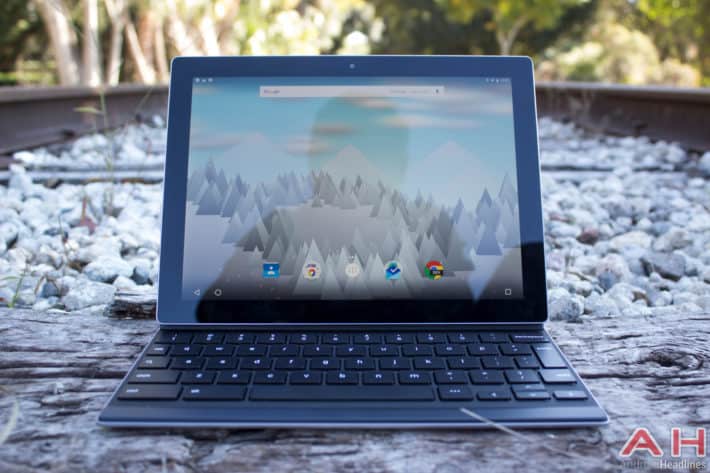 The Pixel C, pictured above, is one of the few devices that will be first in line to get the new update to Android 7.0 Nougat, which has just launched in its final version. That's because, as many of you will know, the Pixel C is a Nexus-style device, and it'll be updated to the latest and greatest directly from Google, rather than from LG or HTC. This is certainly a lot, lot quicker than updates from a non-Nexus device, but as we've seen in the past, not everyone on a Nexus device gets the update as quick as they would like. There have been legends told of how to speed up the process ever since the Nexus One, but this is one that seems to actually work.

When Google announced Android N, as it was known back in March, they did so as yet another Developer Preview – just as they did for Android 5.0 Lollipop and Android 6.0 Marshmallow before it – and to get your hands on it, you had to enroll in the Android Beta group. For those that did this during the Developer Preview, their devices have no doubt seen a number of updates over the Summer, and they might even be lucky enough to see the Android 7.0 Nougat update pulling down right now, but for those that didn't enroll, doing so now might speed things up a little bit. While we wait for the OTA ZIP files and the launch of Factory Images, enrolling in the beta appears to be a good way of triggering the sizeable 1.1GB download to Android 7.0 Nougat from the latest build of Android 6.0 Marshmallow.

We heard today that neither the Nexus 5 from 2014 or the Nexus 7 2013 is to be updated to Android 7.0 Nougat officially, which leaves the Nexus 6, the Nexus 5X, the Nexus 6P, the Nexus 9 and the Pixel C the devices that will be getting the update – hopefully – this week. According to some however, it's only the Nexus 5X, Nexus 6P and Pixel C that can get the update using this method. Finally, for those looking to try their luck that haven't previously been enrolled in the Android Beta, they can hit the button below to give it a whirl.

Advertisement
Enroll in the Android Beta
Advertisement
Trusted By Millions
Independent, Expert Android News You Can Trust, Since 2010
Publishing More Android Than Anyone Else
0
Today
253
This Week
254
This Month
4999
This Year
106474
All Time
Advertisement