Skip to content
Advertisement
Trusted By Millions
Independent, Expert Android News You Can Trust, Since 2010
Publishing More Android Than Anyone Else
26
Today
26
This Week
292
This Month
2250
This Year
112331
All Time
Advertisement The Honor 8 is now official in the US, with pre-orders starting up tomorrow and the company pricing it fairly competitively at $399. However, there is a ton of competition in this space at that price point. Looking at smartphones like the Alcatel Idol 4S, OnePlus 3 and even Lenovo’s Moto G4 and Moto G4 Plus although those two are about $100 cheaper. This leads us, and many others, to wonder whether the device is worth the price that Honor is asking for. Well we have spent about a day with the device as our daily driver and we have some first impressions. Some are good and some are not so good. So let’s dive in and take a look.

Perhaps the most important aspect of any smartphone these days is the camera. Honor has given us a dual camera on the back. It is comprised of two Sony IMX287 12-megapixel sensors. One is a monochrome sensor and the other is a RGB sensor. Which can give you some pretty slick effects. One of the features that Honor was the most proud of with the camera is the fact that you can change over to the monochrome scene and the image looks better than most other smartphones. The reasoning behind this is because the Honor 8 does this through the monochrome sensor, while others do it in post processing, which results in lower quality. The camera has performed very well for us so far, but we’ll save our final verdict on the camera for our full review. 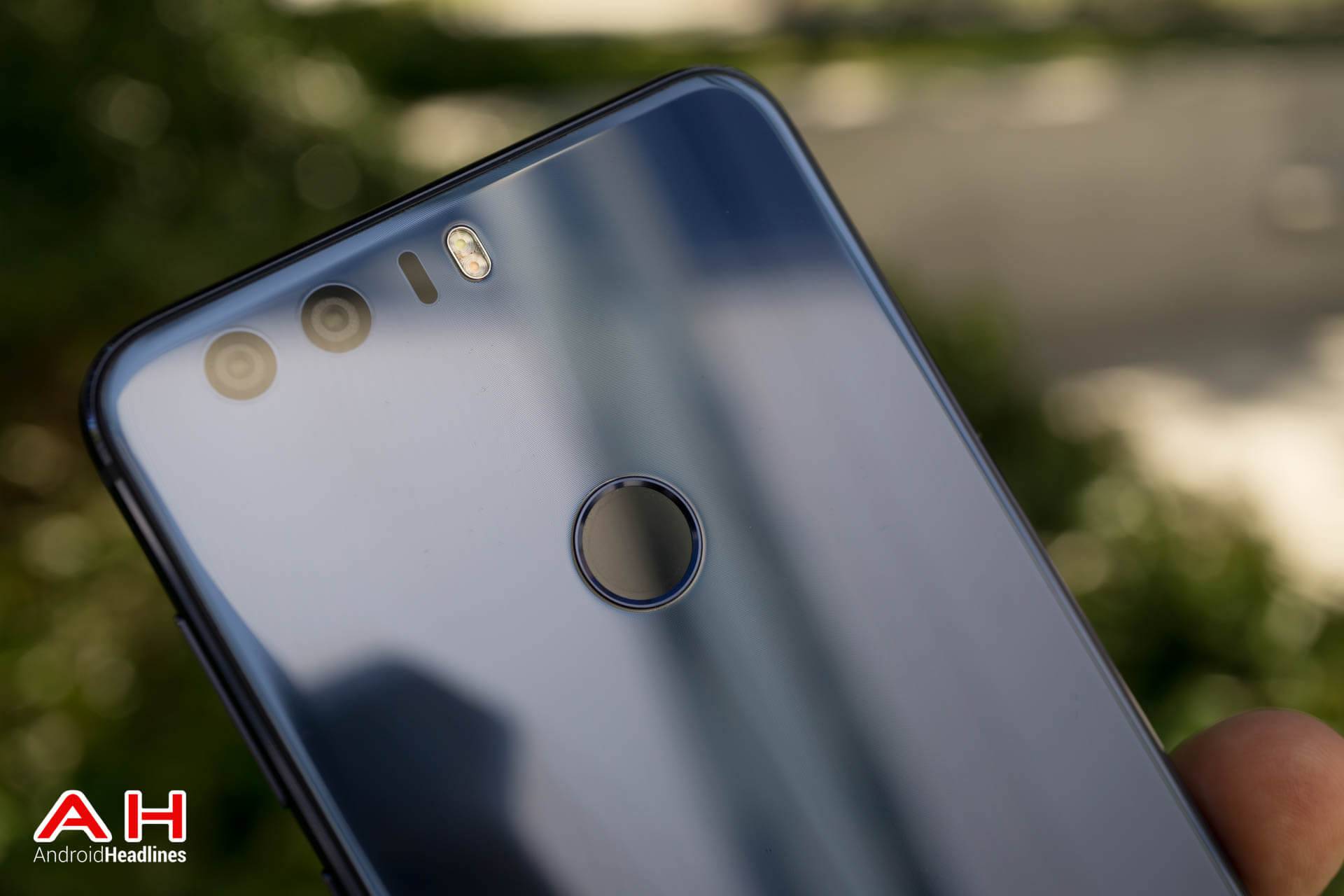 With software, Huawei and Honor have always been a bit of mixed bag. For the most part, Emotion UI is pretty decent. It’s like most other UI’s found on smartphones from Chinese manufacturers, but there are a few quirks here. For one, when you get an email from Gmail, and you archive or delete it from the notification shade, it then turns black. So you aren’t able to read it due to the notification shade also being dark. Making it tough to undo archiving that email if you archived it by mistake. The Settings app is also a bit of a crap shoot. Most of the settings you’d want to access often are hidden away under “Advanced Settings”. While this does make the Settings app a bit smaller, with less scrolling. It can be tough to find items quickly. Otherwise software is pretty decent, and it is Android 6.0 Marshmallow.

Now when it comes to build quality, Huawei always has it down. Remember, Honor is a sub-brand of Huawei. Essentially, Honor is their e-commerce brand. Where Honor is only sold online and Huawei is sold online, in-stores and at carriers. With the Honor 8, they definitely brought their “A game”. While it’s not a fully aluminum build here, it is glass with a metal frame. My first thoughts were that the device looks like an iPhone with a glass back. But that’s not entirely true, the more that I use it. The frame is a bit curved, which makes the Honor 8 feel a bit nicer in the hand. The back is glass, which means it’s going to attract fingerprints pretty easily. That’s kind of expected in today’s world though. But they aren’t as noticeable on the Pearl White and Sapphire Blue models. 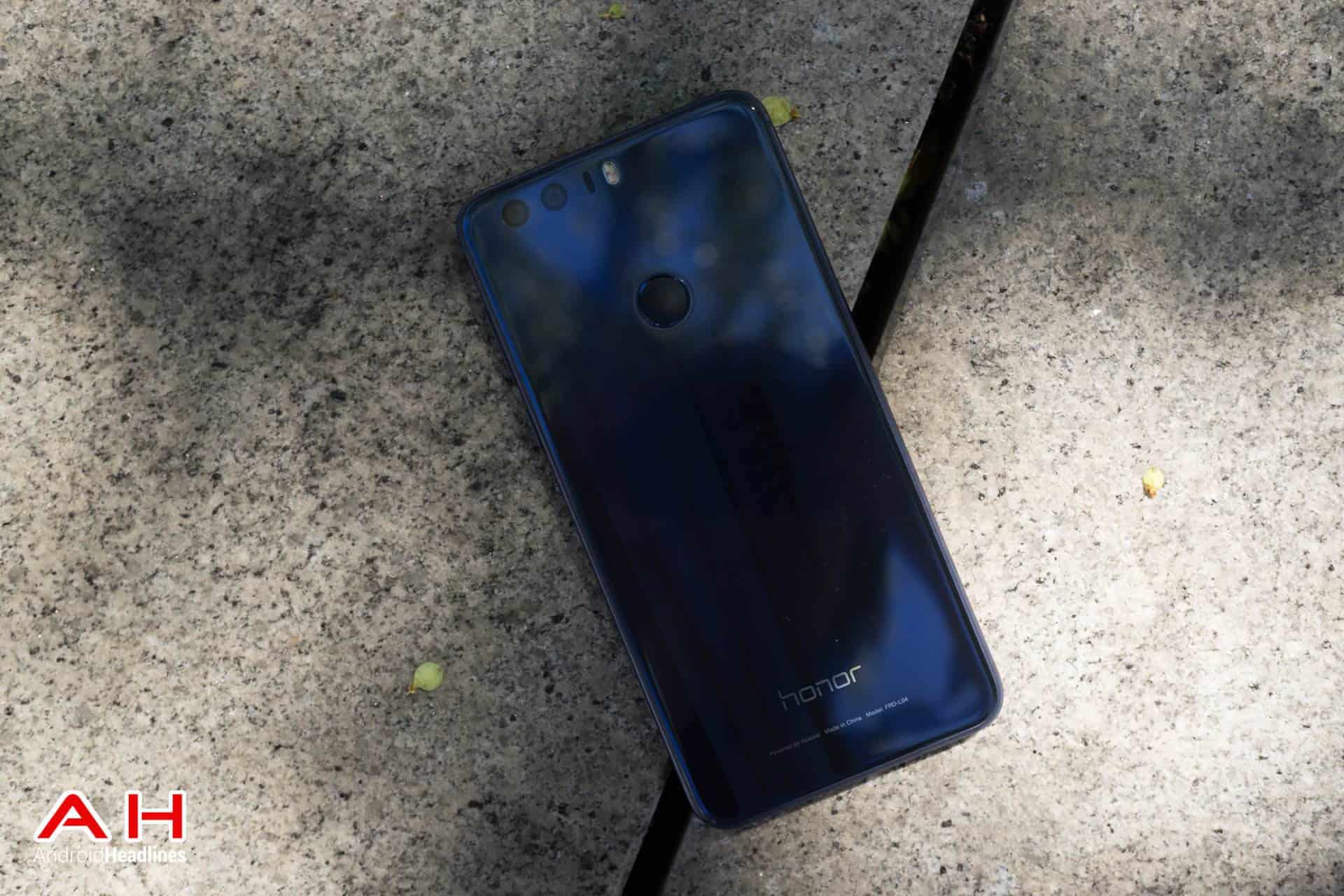 Hardware isn’t all about build quality though. One of the things that surprised me here is that it is still using the Kirin 950 processor. That’s Huawei’s in-house processor that is typically used in Europe and Asia. Due to the LTE certifications in the US, Huawei and Honor typically go the route of using Qualcomm for their SoC’s. This time, they did not. The Kirin 950 seems to be a bit faster than the Snapdragon 820. The Kirin 950 uses eight Cortex-A72 cores that are clocked at 2.3GHz, so it would make sense that it feels faster. Huawei has also made some changes to the fingerprint sensor on the Honor 8. Instead of just being used for unlocking the phone, the fingerprint sensor is also a button. Which Honor calls “Smart Key”. You can customize this key to do a variety of things. Like opening apps, launching the flashlight and much more. There’s also a nifty shortcut for launching the camera. With the screen off, you can double press the volume down button and it’ll launch the camera and take the shot in about 1-2 seconds. Allowing you to get that image right there and then.

Seeing as we’ve only had the device in our hands for about 24 hours, it’s a bit tough to gauge how well battery life will hold up over time. But so far, it seems to have held up fairly well. It is a 3000mAh battery, and it’s powering a 5.2-inch 1080p display which means it should do pretty well. There’s no Qualcomm Quick Charge here, but Honor has included fast charging. However that only works with the included charger. A bit unfortunate, but that’s how it is. It will work with Quick Charge 3.0 chargers though, and still charge pretty fast, as we’ve already tested that. We’ll have a better gauge on battery life in our full review. 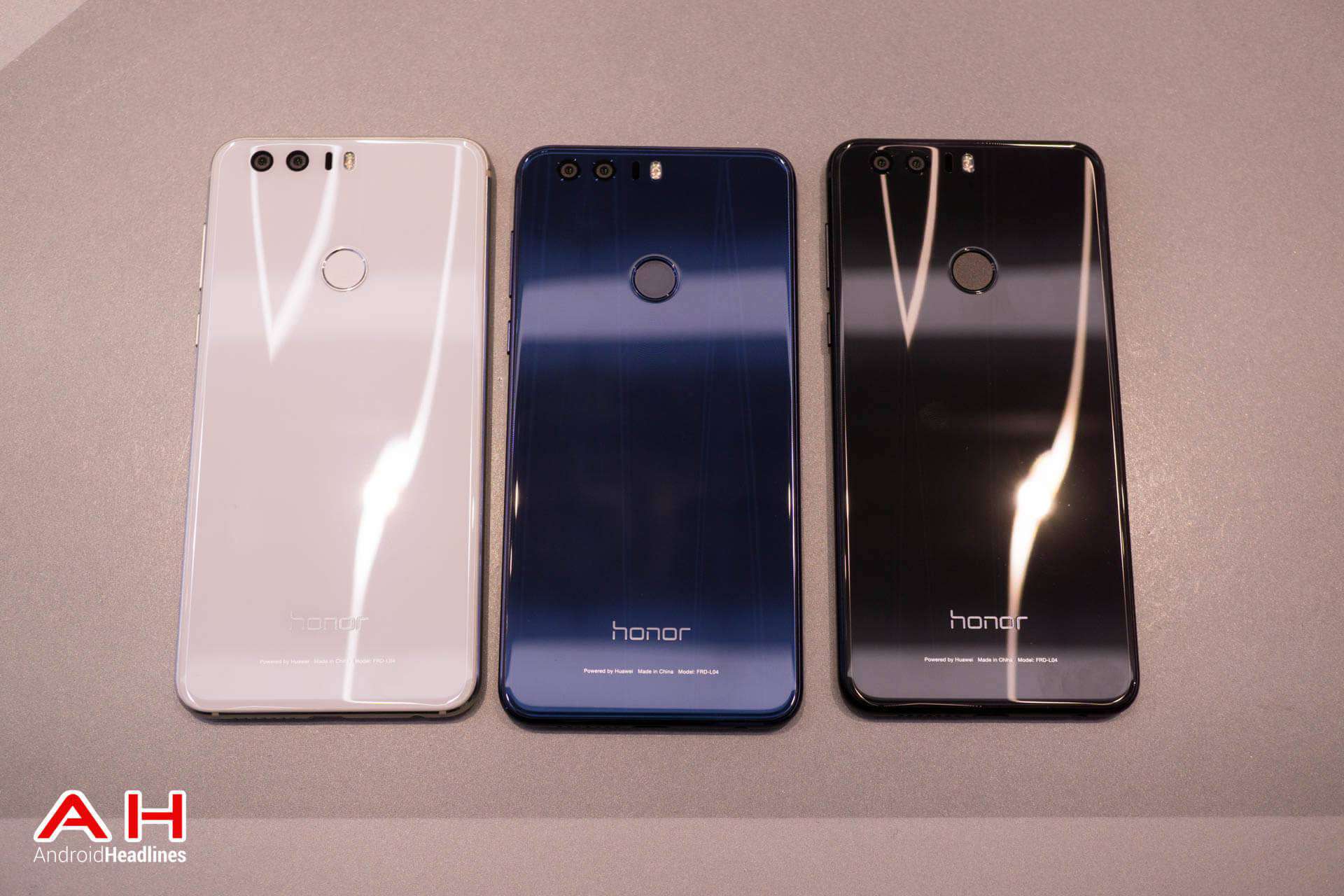 Those are just some quick first impressions on the Honor 8. We’ll have much more in our full review, but so far, the Honor 8 looks to be a real competitor to these other unlocked, sub-$400 smartphones. The Honor 8 will be available at Best Buy, B&H Photo, Amazon and HiHonor.com beginning tomorrow for pre-ordering, and will cost you $399 for the 32GB and $449 for the 64GB model.