Skip to content
Advertisement
Trusted By Millions
Independent, Expert Android News You Can Trust, Since 2010
Publishing More Android Than Anyone Else
19
Today
204
This Week
121
This Month
1016
This Year
127115
All Time
Advertisement

Google’s Nexus devices have been leaked and rumored for a long time now. The ‘Sailfish’ and ‘Marlin’ codenames have been popping up all over the internet, and those two devices are said to be successors to the Nexus 5X and Nexus 6P devices, respectively. Speaking of which, the Nexus 5X and Nexus 6P handsets have been introduced back in September last year, and Google is expected to introduce the aforementioned Sailfish and Marlin smartphones in a month or so. The Nexus Sailfish was caught on camera yesterday, well, allegedly caught on camera, we cannot be sure that is the actual device.

In any case, we’re here to talk more about these two handsets, as they have just paid a visit to the FCC. As it’s usually the case, before a device gets released in the US, it needs to go through the certification process, and considering this is the US we’re talking about, FCC is the administrative body in charge of such certifications. Two separate listings appeared for two HTC-branded devices, and these are almost certainly the upcoming Nexus devices, as HTC states in the form that the final version (of these phones) will be made publicly available on Google’s Nexus website at the time the product is commercially released. The two listed device models are the G-2PW2100 (source link down below) and G-2PW4100, which are supposed to be the HTC Sailfish and Marlin handsets, respectively. If HTC’s mention of Google’s Nexus website was not enough for you, then you’ll notice that the model numbers are beginning with the letter ‘G’, which, presumably, symbolizes the name of the company, in this case, Google.

As it’s usually the case with FCC’s listings, we did not get any official spec or design info, but these listings confirm that the devices will have 4G LTE, WiFi 802.11 a/b/g/n/ac, Bluetooth LE and NFC connectivity. We’re also positive that these two devices will run the latest version of Google’s OS, Android 7.0 Nougat, and the Nexus Sailfish actually surfaced on GFXBench quite recently. If that listing is to be believed, then you can expect the more affordable Nexus model to ship with a 5-inch HD display, 4GB of RAM and 32GB of internal storage. The phone will be fueled by the Snapdragon 820 64-bit quad-core SoC, and a 12-megapixel rear-facing camera was also mentioned. 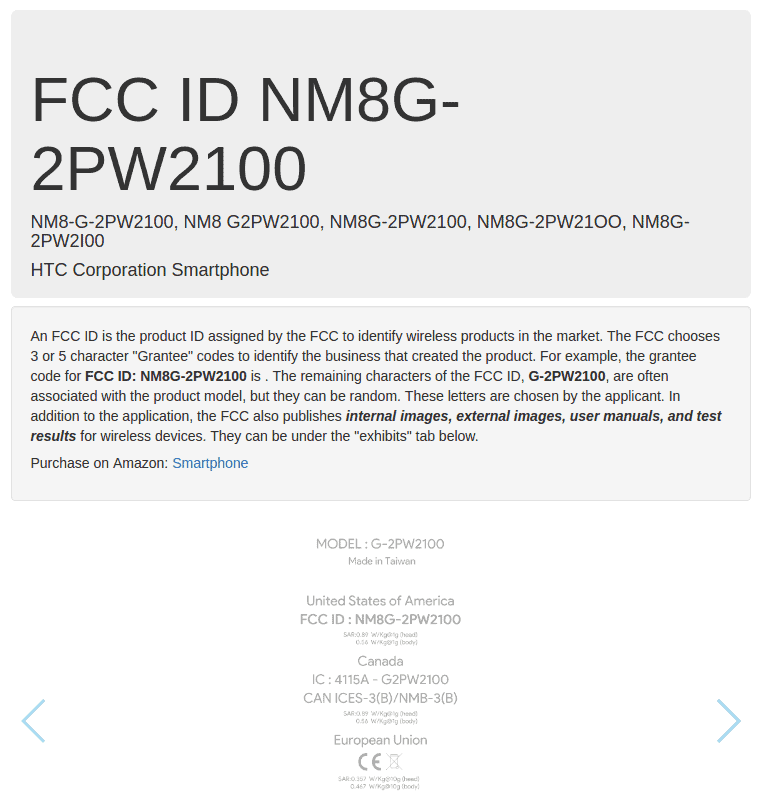 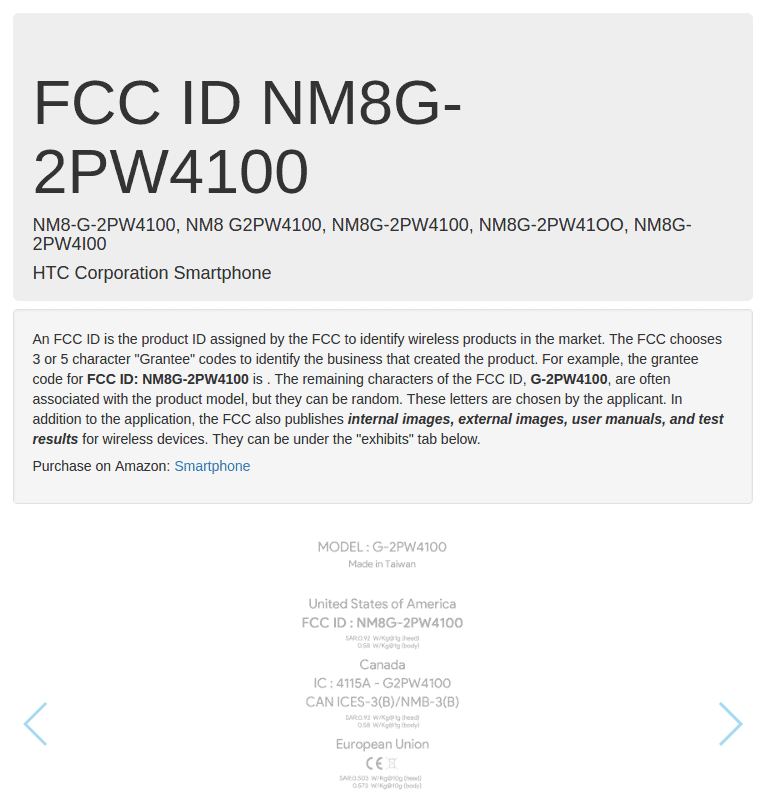