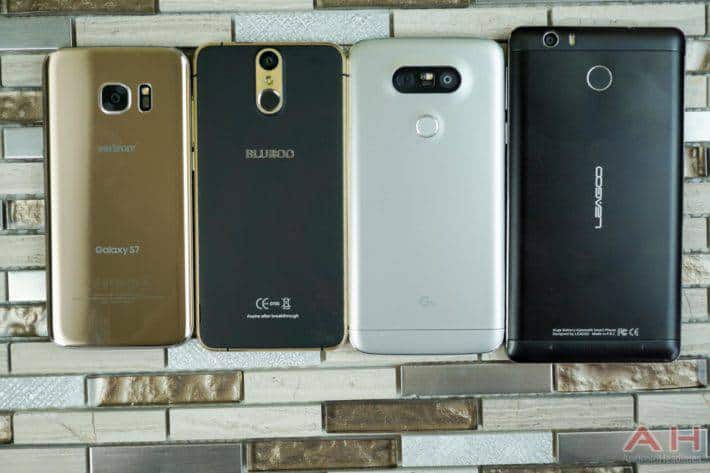 China is still the largest smartphone market in the world, by far. India might be the fastest growing such market out there, but it’s nowhere close to China in size, at least not yet. Tons of smartphone manufacturers sell their devices in China, and even though domestic OEMs are still the most popular ones, Apple and Samsung are still amongst the top 10 brands in China. That being said, we’ve seen a number of reports this year regarding Chinese market share and sales, but none of those reports was as informative as the one we’ll cover in this article, read on.

If you take a look at the gallery down below, you’ll notice that there are three charts down there. The first chart will give you an overview of H1 2016 sales in China quarter-by-quarter, you’ll get to see which company did best in which quarter, and overall, of course. These are overall sales for H1 2016, while the second and third charts show off separate online and offline sales for H1 2016, respectively. Now, if you take a look at the first image, you’ll notice that Huawei is the undisputed leader in the Chinese smartphone market, as pretty much every other report said this year. That company won in pretty much every quarter since the beginning of the year, which was to be expected. Some people expected Xiaomi to challenge Huawei in this regard, but it seems like that company did not really manage to keep up, and is currently the fifth-placed smartphone manufacturer in China as far as smartphone sales go. Now, according to this info, Huawei had managed to sell 43,779,772 smartphones in the first half of the year, which are great numbers for the company, especially if you consider that they were able to sell 108 million units worldwide last year. These numbers look really promising for Huawei, and chances are they will beat last year’s results by the end of this year.

Now, Huawei is followed by OPPO, Apple, Vivo and Xiaomi, while Samsung is a 6th-placed company on this list, and is trumping the 7th-placed Meizu. Oppo has sold 29,024,172 smartphones in the first half of this year, and is trailing behind Huawei quite a bit. Apple has been able to ship 27,661,172 units, while Vivo did really well by selling 25,551,791 smartphones. Xiaomi is close to Vivo actually, the company has sold 23,659,004 smartphones, which are not great numbers for Xiaomi, but we’ll see what happens by the end of this year. Samsung has sold 10 million smartphones less than Xiaomi, and 30 million less than Huawei in the first half of the year, the company had sold 11,247,043 units. Now, Meizu is doing fairly well, they’ve been able to sell 11,247,043 units thus far, and if you consider the fact that they’ve sold 20 million devices last year, these are solid numbers for a company which is aiming to ship 25 million units by the end of 2016. A number of other companies are listed in the first charg, and if you’re interested in checking out the separate online and offline sales charts, take a look at the 2nd and 3rd chart in the gallery down below, results are considerably different in those sections, Xiaomi is leading the online sales, while OPPO is in the lead if only offline sales are concerned. 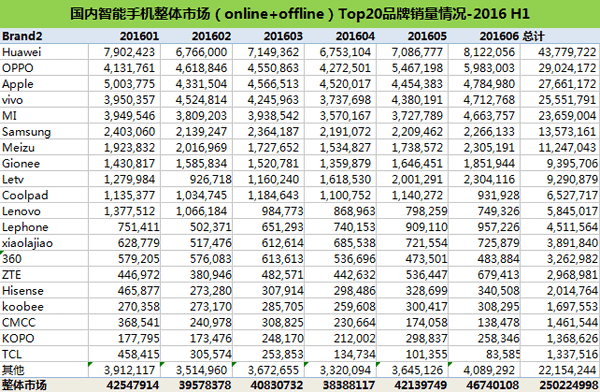 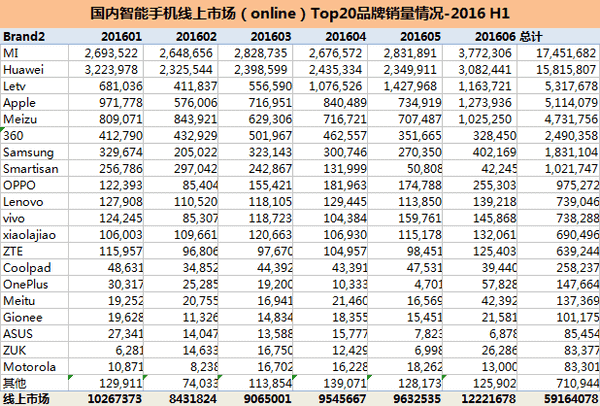 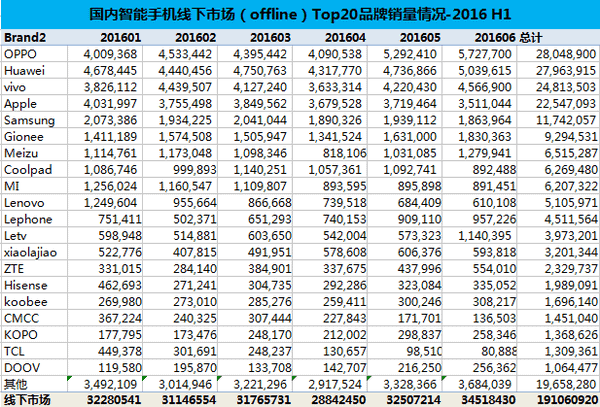