Gionee is not exactly at the very top of the Chinese market as far as sales and market share goes, but this company is actually quite well known, both in China and India. Gionee launches a number of devices in those two markets per year, and they’ve introduced yet another one in India today. The Gionee S6 was originally introduced back in November last year, the Gionee S6 Pro arrived in June this year, and the company has just introduced yet another ‘S6’ handset, the Gionee S6s, read on.

The Gionee S6s is a metal-clad smartphone which sports a fingerprint scanner on the back, and three capacitive buttons are located below the phone’s display. This handset, unlike some of the previous Gionee-branded smartphones, sports a rather boxy design. The phone actually has a rather interesting Gionee branding on the back, right below the aforementioned fingerprint scanner, while the speaker is placed on the bottom of the phone’s back. The power / lock and volume rocker buttons are located on the right-hand side of this smartphone. The Gionee S6s sports a 5.5-inch fullHD 2.5D curved display (Corning’s Gorilla Glass 3 is placed on top of it), 3GB of RAM and 32GB of expandable internal storage. This smartphone is fueled by MediaTek’s MT6753 64-bit octa-core processor running at 1.3GHz, along with the Mali-T720 GPU. The 13-megapixel camera (f/2.0 aperture, Sony’s IMX258 sensor, PDAF) can be found on the back of the Gionee S6s, while an 8-megapixel sensor (f/2.2 aperture, 5P lens) lies on the front side of this device. The 3,150mAh battery is included on the inside of this phone, and Android 6.0 Marshmallow comes pre-installed here with Gionee’s Amigo 3.2 UI. This is a dual-SIM smartphone (micro SIM + nano SIM), while the nano SIM slot also acts like a microSD card slot, if you opt to use it as such. The phone measures 154.5 x 75.6 x 8.27mm, while it also offers 4G LTE connectivity, of course.

The Gionee S6s will be available in Rose Gold, Silver and Gold color variants, while it is priced at Rs. 17,999 ($268) in India. The device will be exclusively available through Amazon India, at least as far as online shops go, while you’ll be able to purchase it through a number of retail stores as well. 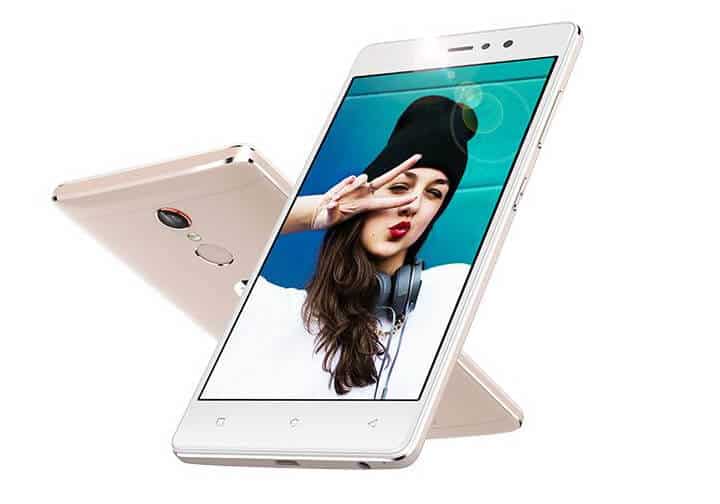