Today is the day that many Android enthusiasts will have been waiting for, as Google has now finally and formally released Android 7.0 (Nougat). This is of course, a version of Android which had already been made available in a preview form over the last couple of months, but today sees the beginning of its global-device rolling out in an officially final capacity. Although, at the moment it is reserved for just Nexus devices and not all of them. Either way, if you do want a fairly substantial overview on what to expect from the latest version of Android, then here is a breakdown of the main features on offer and as explained by Google.

One of the big headlines features which had been widely covered on with the release of Marshmallow was Doze. Now with Nougat, Doze becomes even better. More Specifically, Doze now works when you are ‘on the move’. So anytime you are out and about and the device is in your pocket or bag, Doze will still be able to kick in and enter low power usage mode. 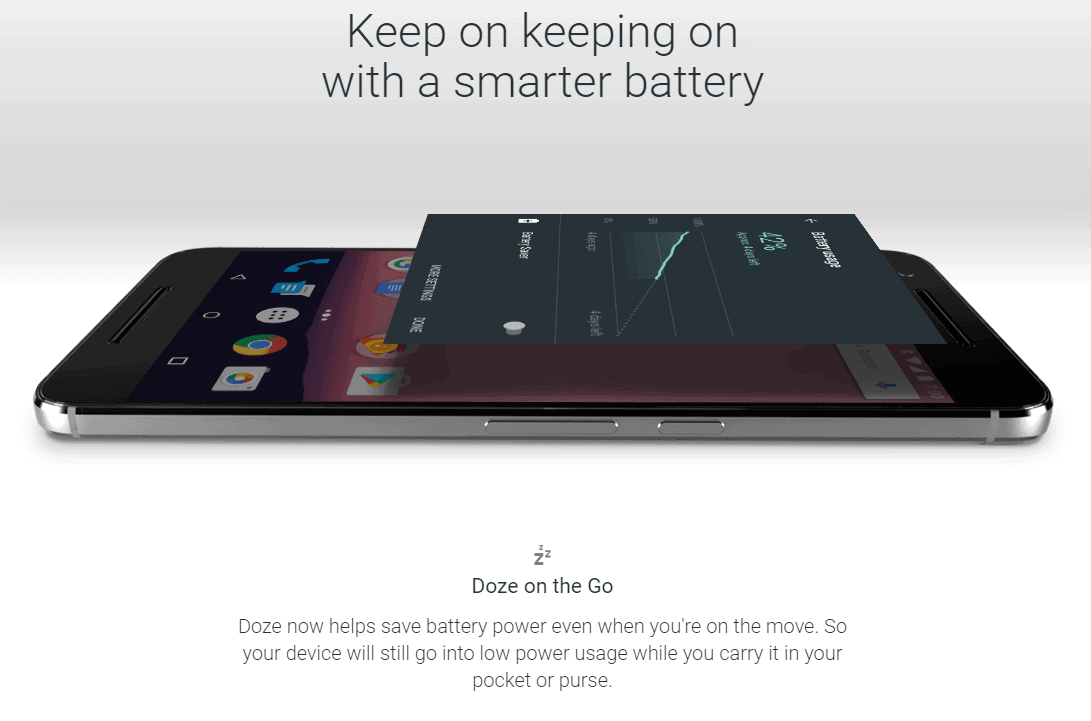 Some of the other notable improvements are in areas which are directly related to how you interact with communications and specifically, notifications. As such, Bundled Notifications is one of the new features that you can expect. This feature allows the user to see all notifications form the same app, bundled together. In addition, there is Direct Reply, which allows the user to quickly reply to a message directly from the notification shade, omitting the need to head through the relative app first. Speaking of the notification shade, Nougat also now allows the user to customize their Quick Settings tiles. So you can literally rearrange the layout and order of the titles for the ones you want to use the most, in the most usable positions.

Continuing the customization and Nougat also brings with it a greater level of control for a number of elements. Notifications are easier to manage as you can ‘press and hold’ a notification to quickly access the settings or silence other incoming alerts from the same app. Alternatively, you can also make use of the ability to resize icons and more elements, beyond just the resizing of text. While Data Saver is another feature which lets the user personalize the access (on an app-basis level) of data by apps. When turned on, apps will not be able to access cell data while running in the background. 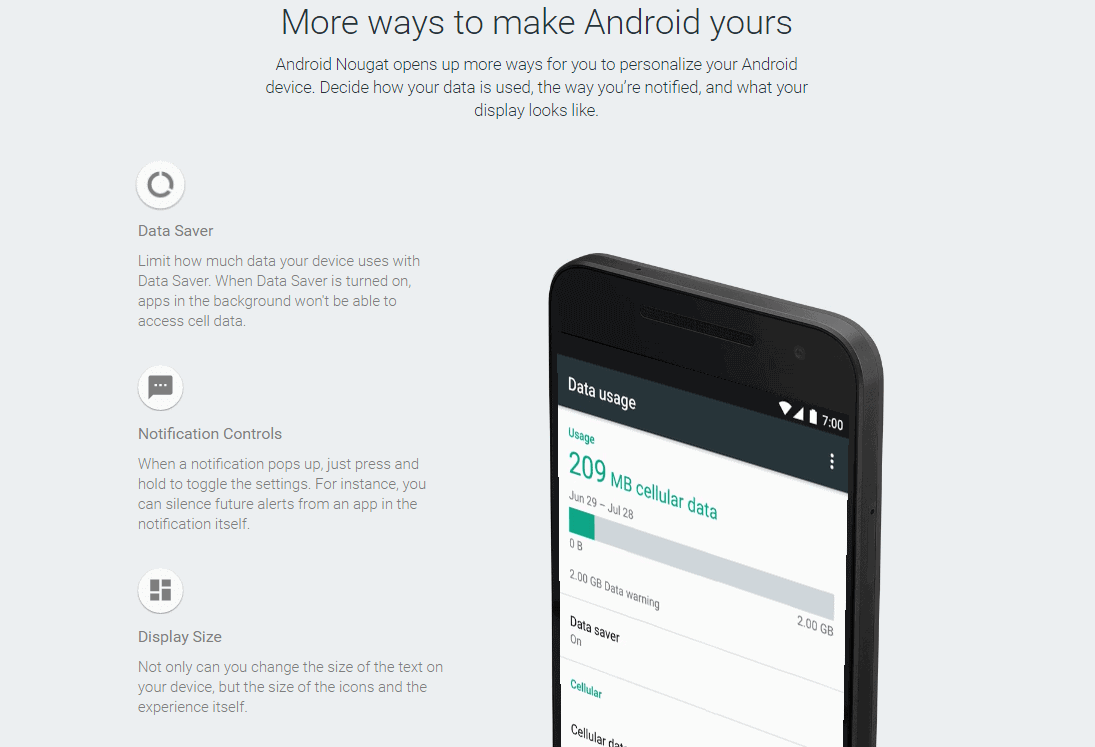 Security remains a big deal for Android device owners and Nougat looks to be the most secure version of Android yet. Some of those features highlighted by Google include the ability to receive ‘Seamless Updates’. This is where updates download in the background. While Direct Boot allows devices to boot up much quicker and apps are subject to a faster degree of security during the boot up process so that they are already protected before you even head through the password/code procedure. Not to mention, Nougat does come with file-based encryption, and improvements which looks to “isolate and protect files for individual users on your device”. This is in addition to the ‘Scoped folder access’ which allows apps to only gain access to files and folders that you want it too. As well as ‘Trusted face’ which is a new face recognizer which looks to add a greater level of security to your device, while being less prone to issues like how you hold your smartphone, lighting conditions, glasses, facial hair and so on.

That said, there are a number of end-user productivity features included too. The most coveted already being the use of multi-window view, where you can manage and control two different windows at the same time. This is also a feature which makes its way to Android TV, although in this case it is adopting the form of Picture-in-Picture or PiP for short. Speaking of multitasking, Nougat also now allows the user to change between apps even quicker and especially for the mostly recently used and open apps with Quick switch. While if you are more interested in your communications, then Nougat brings with it more than 1,500 emoji with 72 emoji making their debut. That is as well as multi-language support, which not only extends to translations, but also to locale-relevant content. By selecting certain locations in settings, your whole Android experience will be tailored towards those locales. 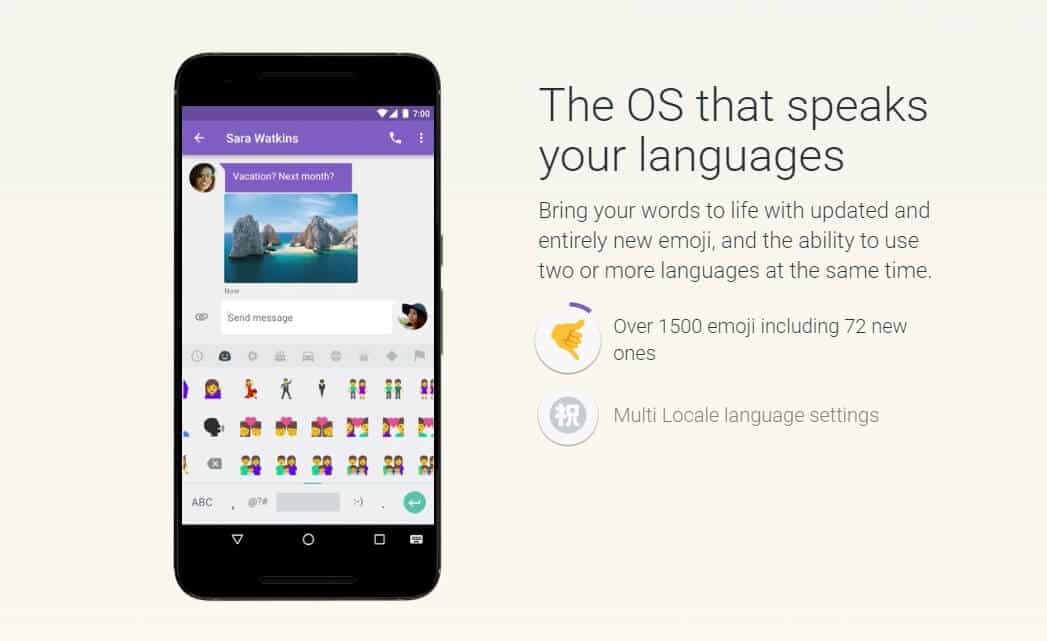 That is not all. On the customization front and in addition to customizing the Quick Setting tiles, users can also get faster access to Quick Settings, as well as gaining faster access to settings in general with an improved navigation menu and ‘Settings suggestions’, which will look to offer suggestions on how to improve the layout and use of your device even more. ‘Clear all’ is present in Overview for those who want to clear all the currently-running apps in the background, while the customization also extends to the lockscreen with different wallpapers on the homescreen and the lockscreen possible.

Sticking with the end-user theme and Nougat also includes a Virtual Reality mode and Vulkan API support. The first is rather self-explanatory as Android Nougat will be fully VR compatible and is already ready to be used with the next wave of smartphones that will come through as part of Google’s Daydream platform. While the Vulkan API will be of most use to those who game regularly on their Android devices, as this API brings with it high-performance 3D graphics. Of course, you will still need the hardware to be able to fully make use of either Daydream or Vulkan support. There is also a new JIT compiler included which will greatly aid the performance of a device running Nougat with apps requiring less storage and updating faster. As will the system as a whole. 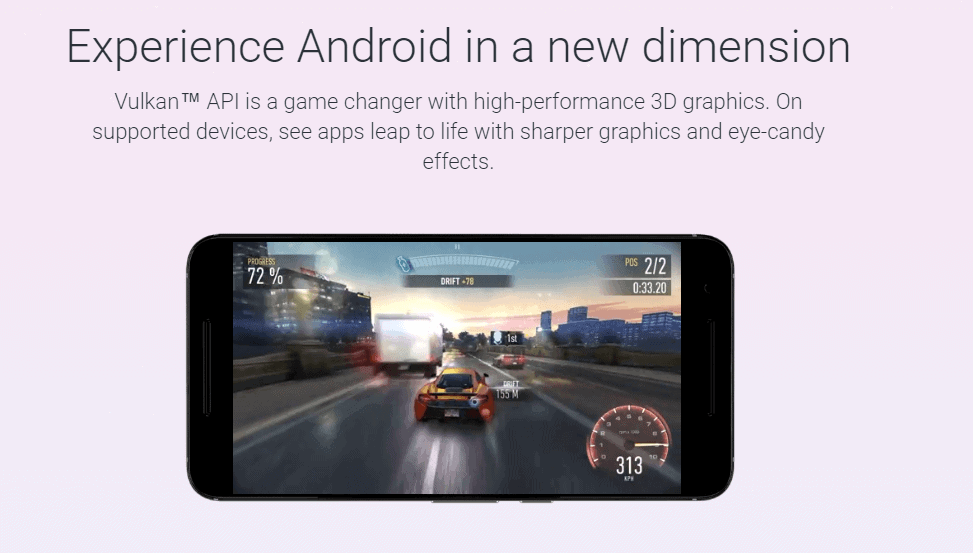 This is only really the main points of what Nougat brings to the table and while a number of these features will be ones you are already familiar with, the overall impact of Nougat is quite substantial and does extend far beyond what is listed here. For an even more in depth explanation of all of the features on offer with the latest version of Android, head through the source link below.