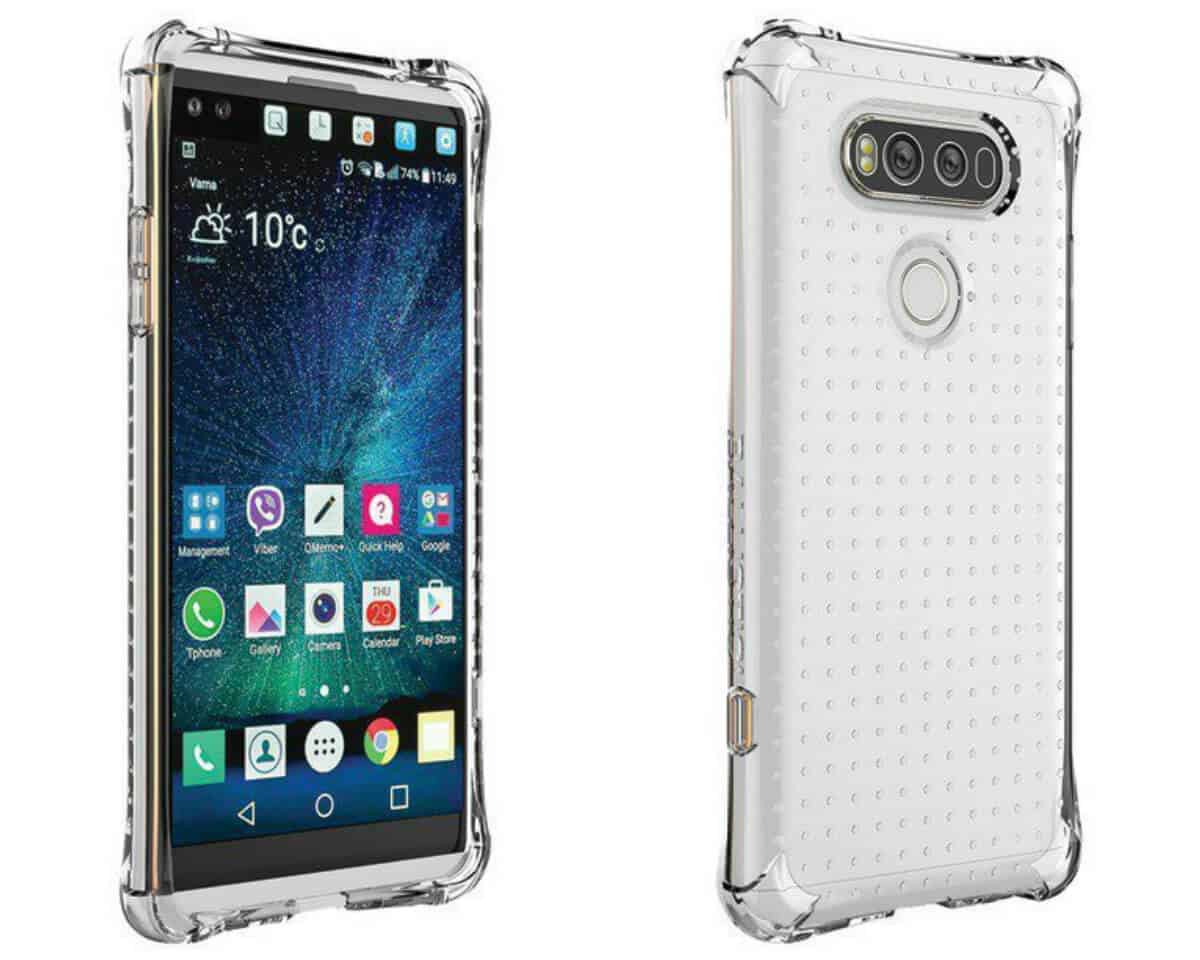 The LG V20 is one of the most anticipated smartphones of the year. It's almost September, so we're not exactly expecting to see that many flagship releases before the year ends, but there are quite a few companies that are still expected to release high-end devices, Xiaomi, Meizu, Google… and LG as well. The LG V10 was quite an interesting smartphone, mainly due to its secondary display, and the overall build quality, which was quite impressive. That being said, the LG V20 is going to launch on September 6th, as the company confirmed, and quite a few people are interesting to see what will it have to offer.

We've seen quite a few LG V20 rumors and leaks thus far, the phone's alleged design was revealed in renders before, and now we get to see yet another batch of images which are far more revealing than previous ones, despite the fact the phone is in a case this time around. If you take a look at the gallery down below, you'll get to see four new LG V20 renders. Now, as you can see, the phone is placed inside of a see-through case, but that doesn't stop us from seeing that its back side will resemble the LG G5, while the phone is going to look somewhat different up front. These images also give us a look at LG's UI, we presume this LG UX variant is based on Android 7.0 Nougat considering the fact LG had already confirmed this device will launch with Google's latest version of Android pre-installed. Speaking of which, Google had released Android 7.0 Nougat to Nexus devices two days ago, so this is perfect timing.

Anyhow, the fingerprint scanner will be placed on the back of the LG V20, and this phone will, much like the LG G5, sport a dual camera setup on the back. One sensor will be larger than the other, which leads us to believe that these two sensors are taken from the LG G5, though we're only guessing. If that is true, however, you can expect to see a 16-megapixel OIS snapper (though a 21-megapixel camera was also mentioned in rumors), and an 8-megapixel unit as well on the back of this phone. The Laser Autofocus is also included here, and so is the dual-LED flash. The device is expected to ship with a 5.5 or a 5.7-inch QHD display, 4GB of RAM and 64GB of expandable internal storage. Qualcomm's Snapdragon 820 64-bit quad-core SoC will fuel this smartphone, and a 4,000mAh battery was also mentioned in various rumors and leaks.