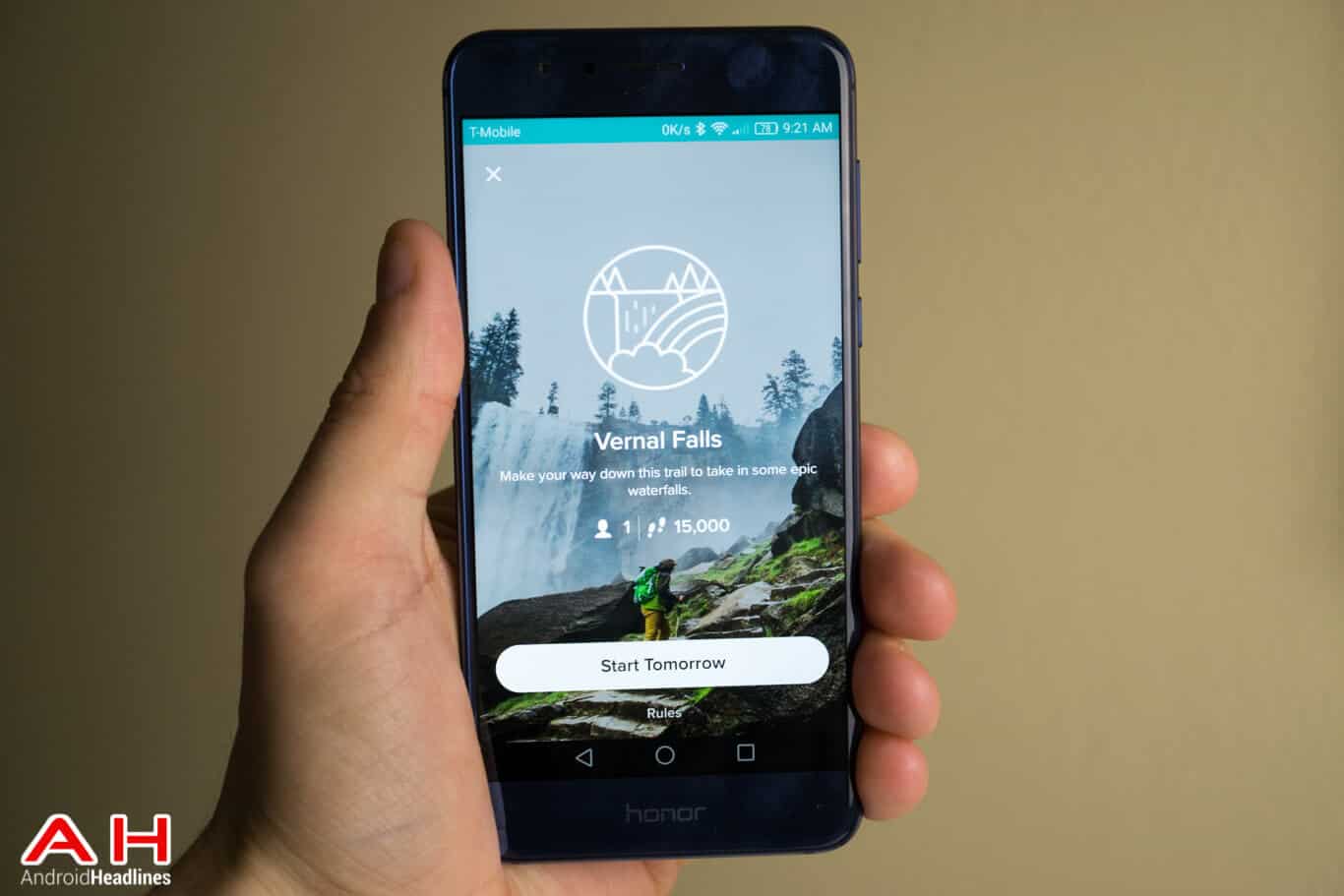 Fitbit is the leader in fitness trackers right now, in fact they announced two new fitness trackers earlier this week in the Flex 2 and the Charge 2. They also debuted a new feature in their app for users to become more motivated to reach their step goals, and their long-term fitness goals. The app has long had Challenges, where you can challenge your friends and family members to a week-long challenge, a weekend or even just a day. However now with Adventures you can "explore new and exciting destinations by working toward a different goal each day".

Currently there are three adventures included in Fitbit. These include Vernal Falls for 15,000 steps, Valley Loop for 24,000 steps and Pohono Trail for 42,000 steps, which are all located in Yosemite. While you're stepping throughout the day, you can see where you are on the trail. There are also points where you can see the sights on that trail – with Vernal Falls there are 9 sights that you'll be able to see once you hit a certain number of steps. These sights are also shown in 360-degrees, so it'll feel like you are actually there. Fitbit has brought augmented reality into their app, and it's been put together rather well. What you're doing here is syncing your daily steps with hiking at different locations. So instead of going on a real hike, you're just taking your normal steps. Fitbit has just three Adventures right now in their app, but there are more on the way. One of the announced upcoming Adventures is the New York City Marathon, which should be a pretty fun one to experience.

Adventures is already available in the current version of the Android app. So there's no need for updating the app to get the functionality. Just login to the app, swipe over to Challenges and you'll see the Adventures right below the Challenges that you are currently competing in. Vernal Falls will be the only unlocked Adventure at first, once you hit the 15,000 steps for Vernal Falls, you'll then unlock Valley Loop and so on. Fitbit also only gives you the option of starting the challenge tomorrow instead of starting it today and counting your already taken steps towards it.