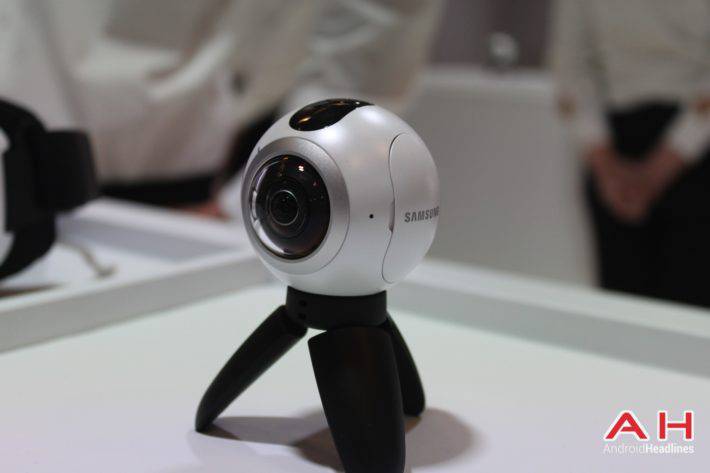 It looks like Samsung is giving Canada more to get excited about – besides the arrival of the new Samsung Galaxy Note 7, it appears that the new Samsung Gear 360 and the new Gear VR will also be available. The Gear 360 is available at all Samsung Experience Stores in Canada – located in Metrotown (British Columbia), Richmond Centre (British Columbia), West Edmonton (Edmonton), and Sherway Gardens (Toronto). It will cost you $499.99.

The Gear 360 is a camera able to shoot panoramic images without having to ‘stitch’ them up later – this is all about Virtual Reality (VR).  The Gear 360 uses two 195-degree fisheye lenses capable of shooting 4K video and 30MP still images. It comes with an aperture of f/2.0 for decent low-light shooting. With interest in VR on the rise, 360 cameras are becoming a hot item. It is nice to see that Canada has all three new Samsung devices at their disposal.

The original Gear VR headset was announced along with the Samsung Galaxy Note 4 and Galaxy Note Edge – when VR was in its infancy, but Samsung needed a headset to compete. Since then Samsung has collaborated with Oculus and this partnership has made the newest Gear VR one of the more feature laden VR platforms out today. This new version of Gear VR is available at Best Buy stores for a cost of $139.99. The update has added the new Oculus Rift Home Experience – a sort of Home Screen or App drawer. Once you determine which app you want to interact with, simply tap a button on the side of the headset.

The updated Gear VR also has enlarged lens and it now uses a UBS Type-C port access – which ties in nicely with the new Galaxy Note 7. There was some controversy when the new Galaxy S7 and Galaxy S7 Edge arrived why they did not come with the newer USB Type-C port but continued to use the older microUSB v2.0 port –  but then it was discovered that the latest Gear VR only supported the older port. With the arrival of the new Gear VR and the Galaxy Note 7 both using the newer Type-C connector, it's highly likely that the Galaxy S8 and S8 Edge with come with the Type-C connector.