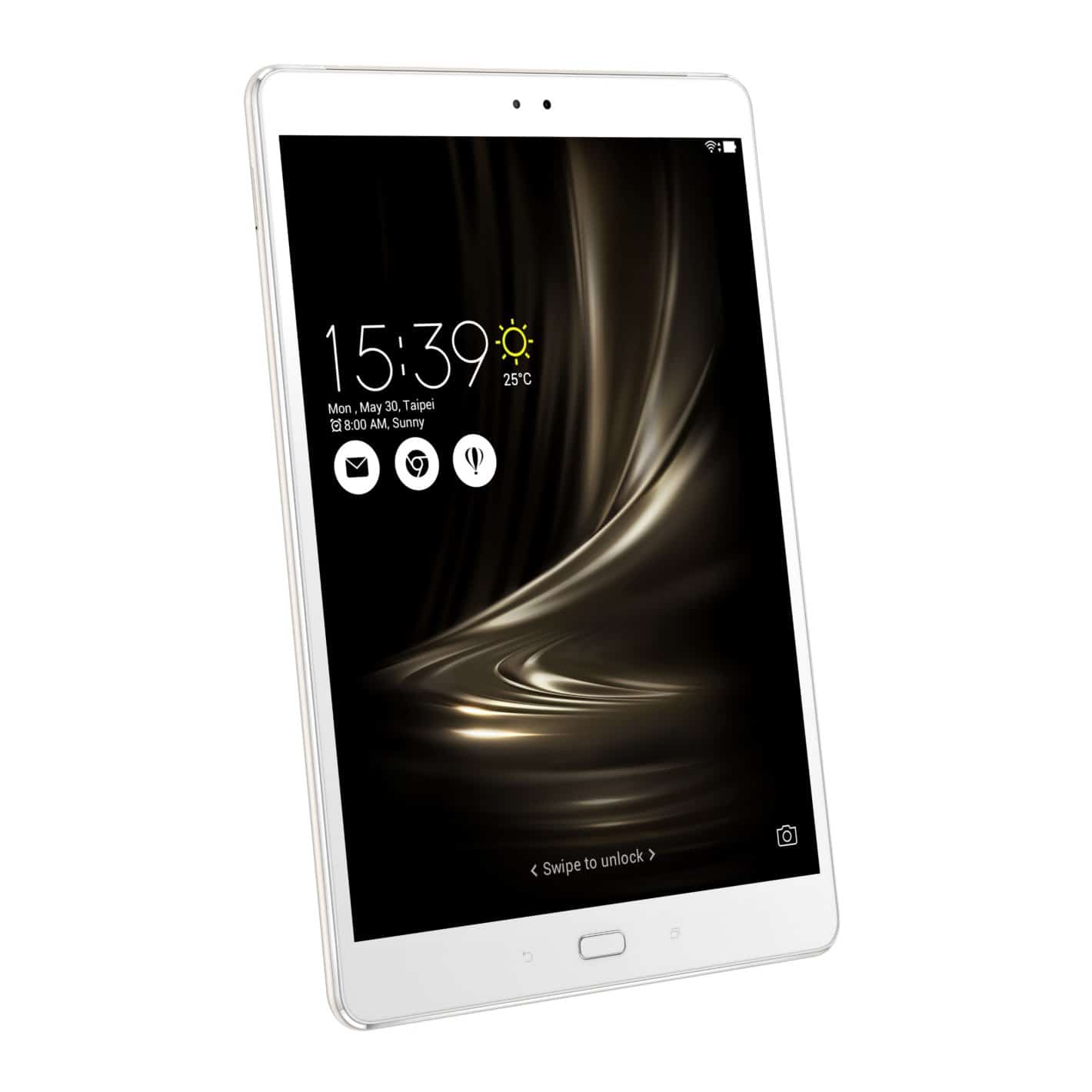 ASUS officially unveiled the ZenWatch 3 this morning, it's third-generation Android Wear smartwatch that comes complete with a round display this time around, but that wasn't ASUS' only device to showcase at the event as they're also showing off the ZenPad 3S 10, a 9.7-inch Android tablet that focuses on delivering performance-based entertainment to the user. ASUS initially announced the ZenPad 3S 10 earlier this Summer back in the middle of July, with an August 1st launch date for the Taiwanese market set at a price of TWD 11,000, which is roughly $342 USD. Having said that, it is worth noting that ASUS has not mentioned any details about a launch of the ZenPad 3S 10 inside of the U.S. let alone outside of Taiwan.

The ZenPad 3S 10 utilizes a rather slim design to offer consumers a powerful device that is still elegant and looks stylish. This can be seen from the aluminum chassis to the 5.8mm thickness and the sandblasted matte finish on the back. Although the screen is already decently large at nearly 10-inches, it was designed to feel bigger as the ZenPad 3S 10 offers up a 78 percent screen to body ratio, allowing users to get the absolute most out of their entertainment and other functions from the tablet.

Aside from the sleek design yet performance driven functionality, specs wise the ZenPad 3S 10 is certainly not hampered by any means. In addition to the 9.7-inch QXGA display, users can feel an even more enhanced experience thanks to the inclusion of the High-Res Audio speakers to make all their entertainment feel more immersive. This enables the tablet to deliver 24-bit playback of the audio, and those who prefer the use of headphones for their entertainment will likely appreciate ASUS' integration of the DTS Headphone:X virtual 7.1 channel surround-sound. As a recap, the ASUS ZenPad 3S 10 is powered by a MediaTek 8176 hexa-core processor paired with 4GB of RAM and 64GB of internal storage space, with support for expandable storage up to 128GB for those that need more space. The ZenPad 3S 10 also comes equipped with a fingerprint sensor for unlocking the device, as well as a 5,900 mAh battery that can be charged up to full in just three hours thanks to the Qualcomm Quick Charge 3.0 technology in the battery.