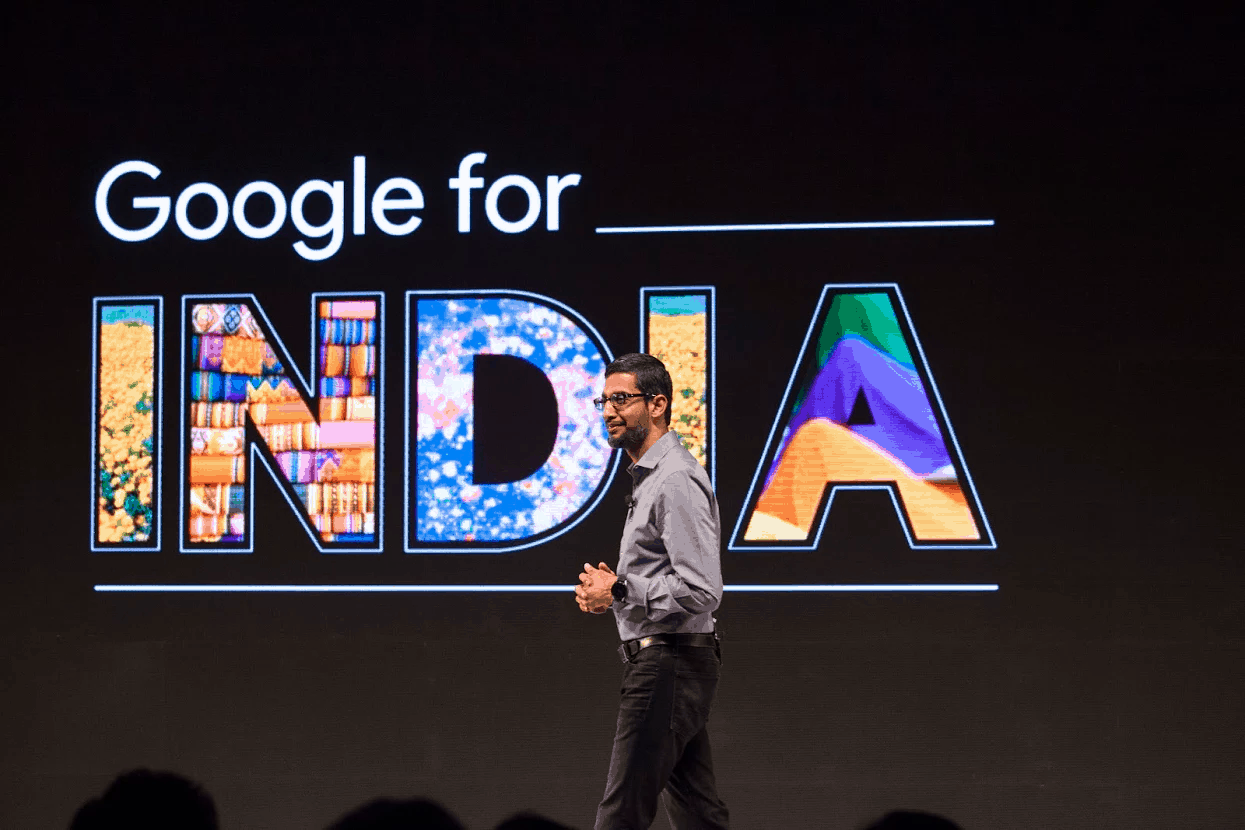 Strategy Analytics have released the latest Indian smartphone sales figures and there's no surprise in that Android continues to dominate the market. This time last year the Android platform was used in 90% of Indian smartphones and twelve months later, this figure has increased to 97%. There are a number of reasons why Android is the platform of choice with Indian smartphone consumers and some of these are associated with the competition: Apple's market share has halved from 4% last year to 2% this year and the reason for this is because iOS devices are too expensive. In the words of Woody Oh, Strategy Analytics Director, "Apple iOS will need to reduce iPhone pricing to cheaper levels… if it wants to regrow significantly in the future." Apple's latest iPhone, the iPhone SE, is a 4.0-inch device that does cost less than previous models, but it still in the upper / mid-range pricing for Android devices.

As for Android devices, India has a successful local smartphone marketplace. It also benefits from the Indian Government's "Make In India" scheme, which has seen considerable investment from Chinese companies building factories and employing local workers to manufacture smartphones, which are destined for the Indian market. Although we have heard rumours that some of these Chinese businesses are working on their own software platform, the overwhelming majority use Android software on their devices. Those platforms that reside in the "others" category, such as Microsoft Windows Phone, BlackBerry 10 and Symbian OS, have sold in fewer numbers over the last year.

As regards the numbers of devices sold into the Indian market, total shipments grew at 19% annually to climb from 25.8 million in Q2 2015 to 30.7 million for the same period in 2016. This puts India as the world's third largest smartphone market, behind the United States of America and China. India's demographics – traditionally low network exposure, low smartphone penetration rates, a growing middle class benefiting from more disposable income and inexpensive device prices caused by intense competition between manufacturers, retailers and carriers. Android is also helped because the majority of applications are less expensive than those available on the Apple iTunes store. Android device manufacturers also benefit from established distribution channels as a lot of smartphones are still sold by customers picking one from a selection available in a shop. 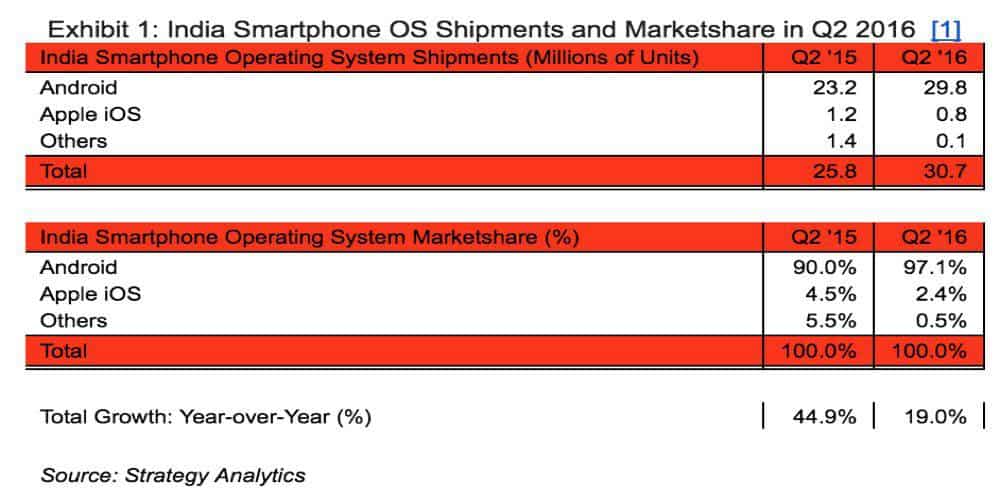