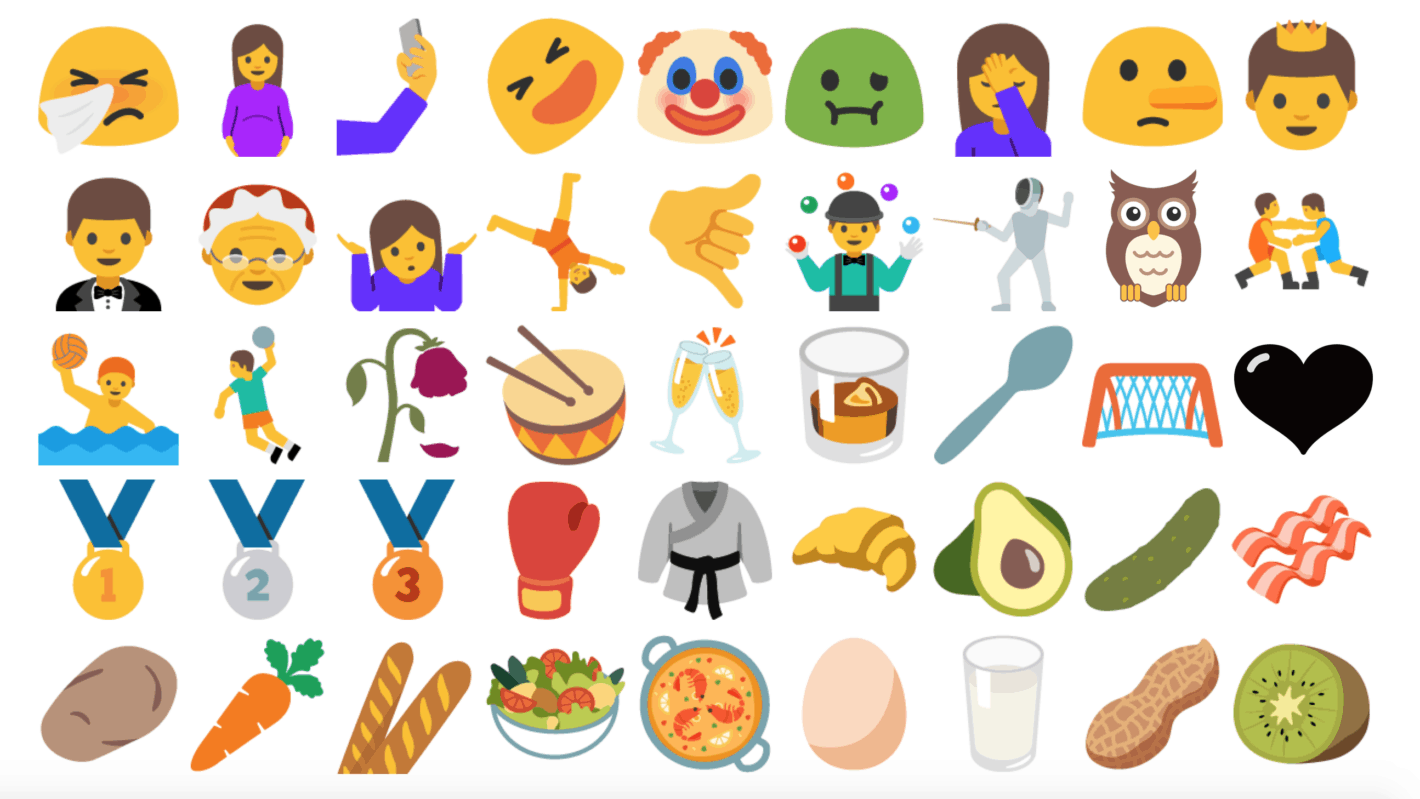 Nonverbal communication on the internet has certainly come a long way since simple keyboard smileys spread worldwide from Japan in the 1990s. These days, we have a wide range of options, such as stickers, sound bites, images, and of course, emoji. The modern successor to the original smiley has seen a lot of change in the last few years, with a huge number of new emoji and options hitting the Unicode standard and making their way outward from there. Among those changes, emoji have recently begun to have genders and skin tones, which required moving on from generic blobs and adopting more human-looking emoji. Other platforms have been headed in this direction for a while, and with Android 7.0 Nougat, Android jumps on the bandwagon.

For starters, the new emoji in Nougat now predominantly sport a much more human appearance, which means that they can now have genders and skin colors. This brings new life to a ton of emoji, including the likes of the kissing couple, the dancer, the police officer, and of course, the infamous and infinitely useful facepalm emoji. While most of the emoji have pre-selected genders, their skin tones can be changed on a whim with most of the collection, allowing a user to better represent themselves or others. While some may have actually preferred the amorphous blobs that still act out a few scattered emoji because they were genderless or had no defined skin tone, or perhaps just because they were cute and overdone so as to be effective, the simple fact is that those emoji are on the way out. Google was, after all, one of the last hangers-on in the use of blob emoji. This move has been in the works for a while, with Google allegedly planning to give emoji the freedom to move past traditional gender roles. This could mean that future revisions of the emoji seen with Nougat may come with a gender selector.

On top of many of the blobs finding their way to the door, 72 new emoji that made it into the Unicode 9 standard find themselves loaded onto Nougat. A variety of emoji that were sorely missing from conversation or had to be substituted for their best keyboard-born equivalents before are now part of Google’s emoji canon. Along with the iconic facepalm, users will now find  emoji versions of old favorites like rolling on the floor laughing, as well as some popular foodstuffs like bacon and avocado. Also, most of the blob emoji that do stick around get changes to be more consistent with their tone and lose a number of the emoji that were the same emote from a different perspective. Finally, a wide variety of existing emoji find themselves the subject of small changes, such as the playing die losing its outline and gaining shading, and red being in the emoji palette after a long absence in favor of other colors that were close to it, but not spot-on. 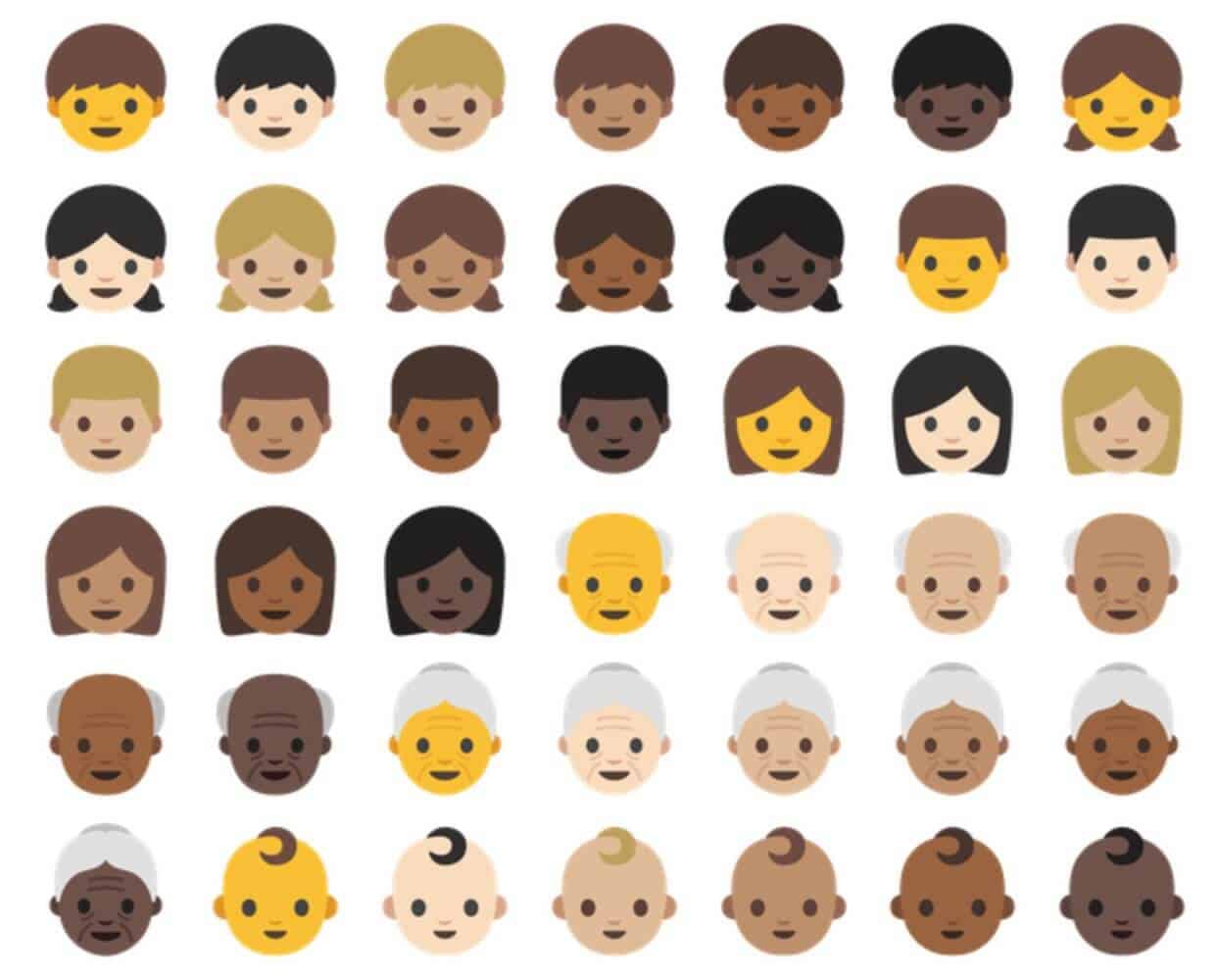 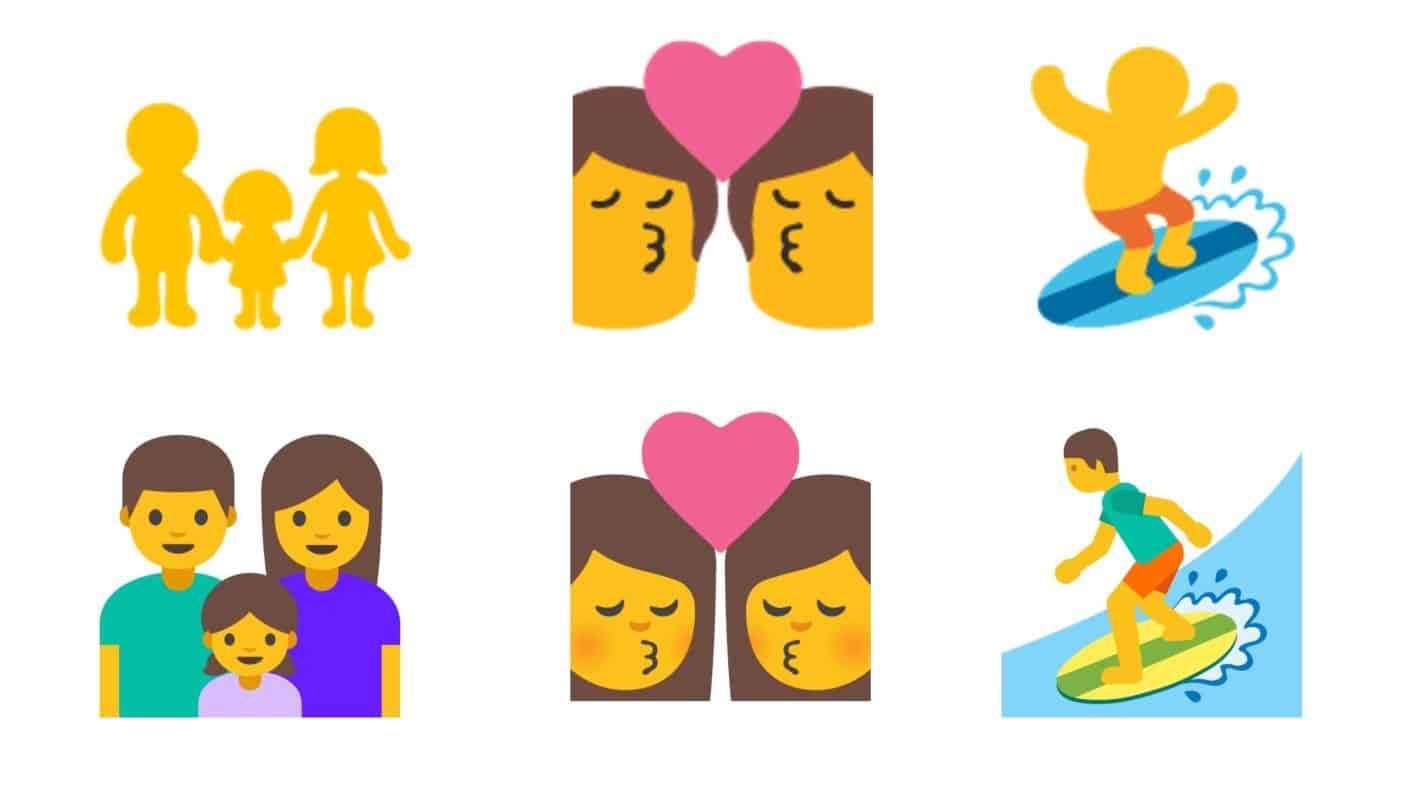 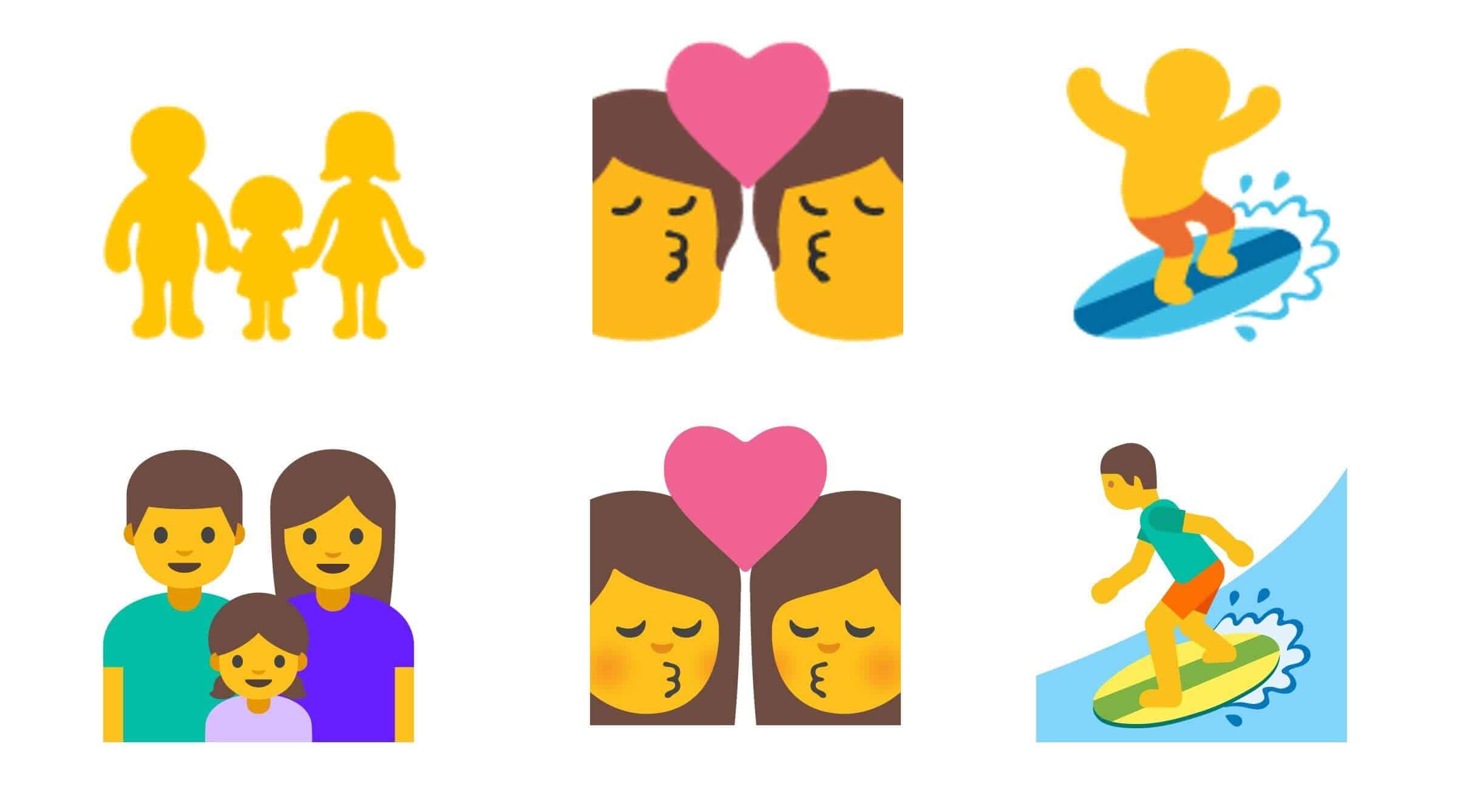