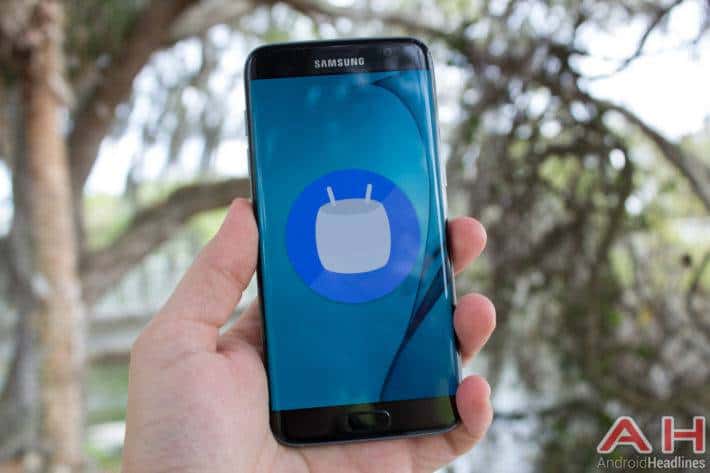 Fragmentation has been a part of the Android OS storyline since the early days, and it is the byproduct of an open platform willing to take aboard smartphones from all brands, sizes, and price ranges. Needless to say, not all Android smartphone out there rely on the same OS version, and while Android 6 Marshmallow has been around for about 10 months, it only recently surpassed 15% adoption across Google’s mobile ecosystem.

Android 6.0 Marshmallow is the latest version of Android available to consumers. Android 7.0 Nougat is expected to make a public appearance fairly soon, but until then, Marshmallow will continue to represent Google’s finest mobile OS version to date. Android 6.0 Marshmallow was initially launched in October 2015, and it took roughly four months to spread and cover 1% of the Android smartphone market. Fast forward 7 months later in May 2016 and Marshmallow was accounting for 7.5% of the entire platform. As the months went by, more smartphone manufacturers have either launched new models with Android 6.0 Marshmallow out of the box or have updated existing smartphones to the said OS version, and eventually, by the beginning of August, Marshmallow was covering 15.2% of the Android market. However, Android 5.0 Lollipop continues to dominate the mobile platform with 35.5% distribution, and is followed by Android 4.4 KitKat (29.2%), as well as Android 4.1 / 4.2 / 4.3 Jelly Bean with 16.7% coverage. As a result, Marshmallow is the fourth most distributed version of Android, and if history is any indication then it should take several more months (or until 2017) for Android 6.0 to overtake all the previous OS versions. In the meantime, older versions of Android including Ice Cream Sandwich and Android 2.3 Gingerbread have dropped 0.1% and 0.2% respectively, and will most likely continue to lose ground as they become more outdated.

It should be noted that the data was gathered by Google from the Play Store over a 7-day period ending on August 1, and only includes smartphones running Android 2.2 Froyo and above. Android versions covering less than 0.1% of the market (Android 3.0 Honeycomb) are not listed, and additionally, the charts don’t count devices that can’t access the Google Play Store, including numerous Android smartphones and tablets from China, and other smart devices that rely on heavily modified versions of Android, such as the Amazon Fire lineup. 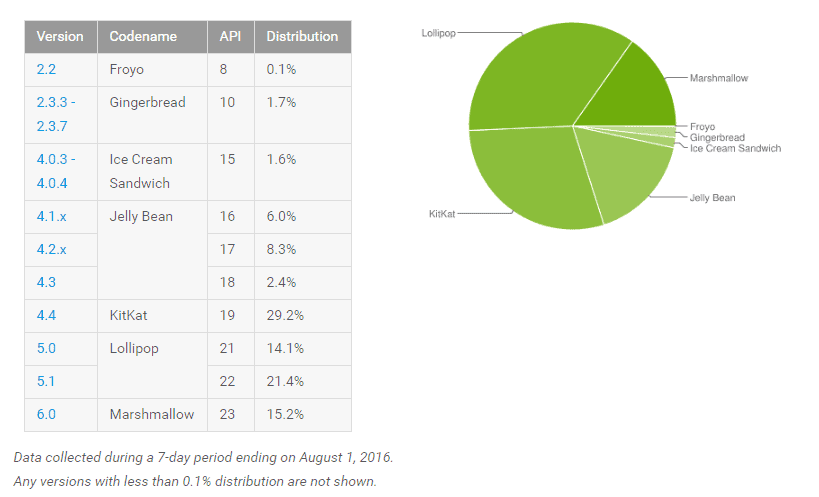