Samsung originally launched the Galaxy A5 back in 2014 and followed this up with the Galaxy A5 (2016) which was launched in December of last year and, though this device is still considered relatively new, the company appears to be working on a new version of the phone that may end up released as a 2017 model of the Galaxy A5. The unreleased phone has a completely different model number than previous versions of the phone, labeled as the SM-A520F, and based on the benchmark details it has more RAM than the current model, set to make the jump from 2GB to 3GB, as well as a newer Exynos process complete with 8 cores and clocked at 1.87GHz.

The benchmark has shown up over at Geekbench, with the new device sporting a couple of large upgrades. While the current 2016 version sports the Qualcomm Snapdragon 615 processor, these benchmarks suggest that the new version of the phone will be powered by Samsung’s own octa-core Exynos 7880 along with the Mali T830 GPU for the graphics processing. In addition to these two pieces of hardware, the new Galaxy A5 will also likely feature the extra gigabyte of RAM as mentioned above. While the RAM is listed, there is unfortunately no mention of how much internal storage space the new phone will have, although it is speculated that Samsung could increase the internal memory as well, bumping it up from 16GB to 32GB along with expandable storage support.

The new Galaxy A5 is likely to feature the same 5.2-inch display with the same 1080 x 1920 resolution, meaning it will be Full HD. Regarding the devices cameras, the benchmarks don’t confirm anything, but it’s possible that Samsung will include 16-megapixel sensors on both the front and rear, with the rear sensor featuring an f/1.9 aperture. When it comes to the battery, Samsung could increase or decrease the capacity or they could keep it the same as what’s found on the currently available model. Moving on to the software, the benchmark states the device comes running Android 6.0.1 Marshmallow, and it could feature the latest version of TouchWiz, although it is unknown whether or not Samsung will choose to update it to Android 7.0 Nougat soon after its release. As for when the launch time frame might be, Samsung could announce the new Galaxy A5 towards the end of November or beginning of December, alongside refreshed versions of the Galaxy A3 and Galaxy A7. 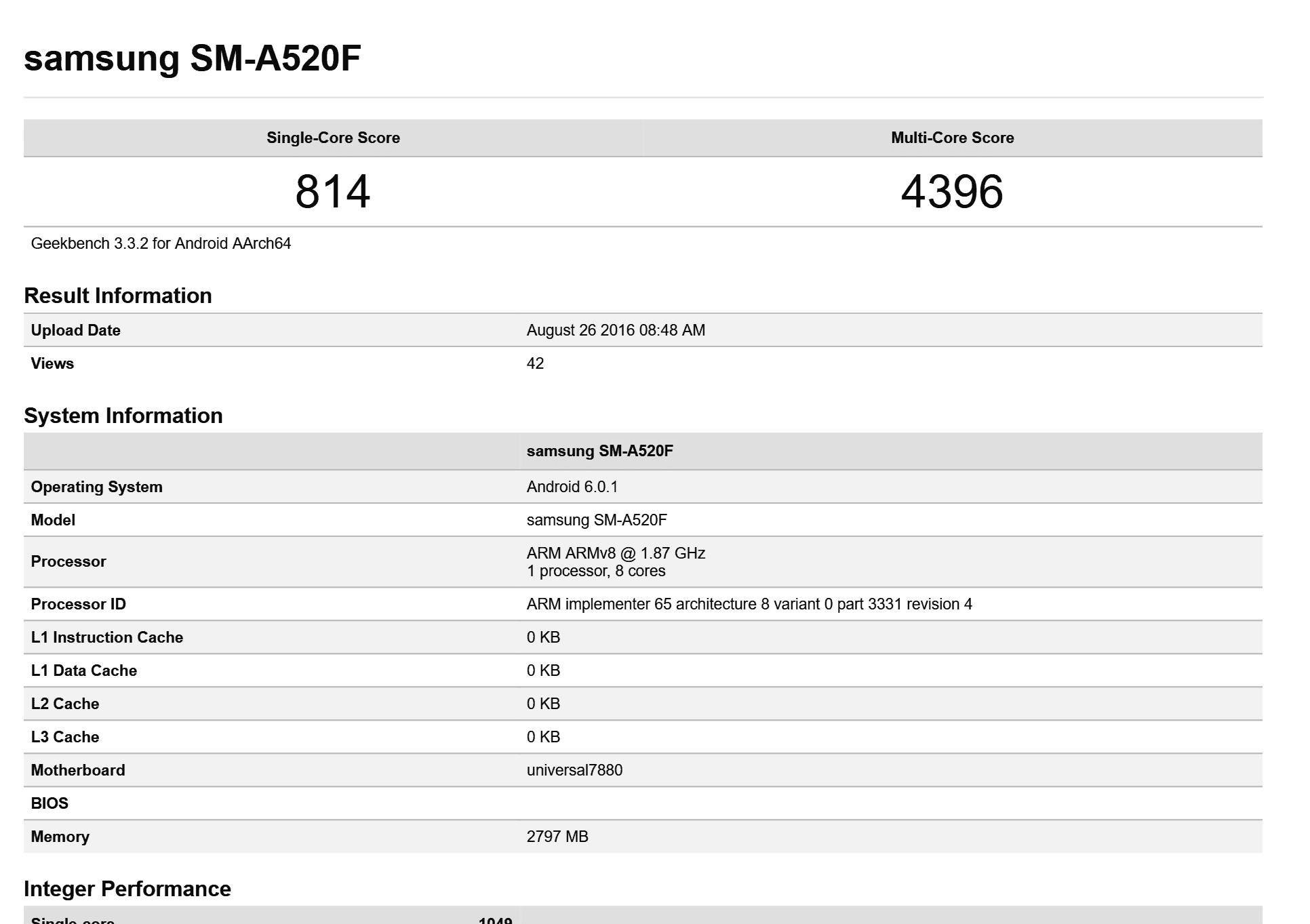