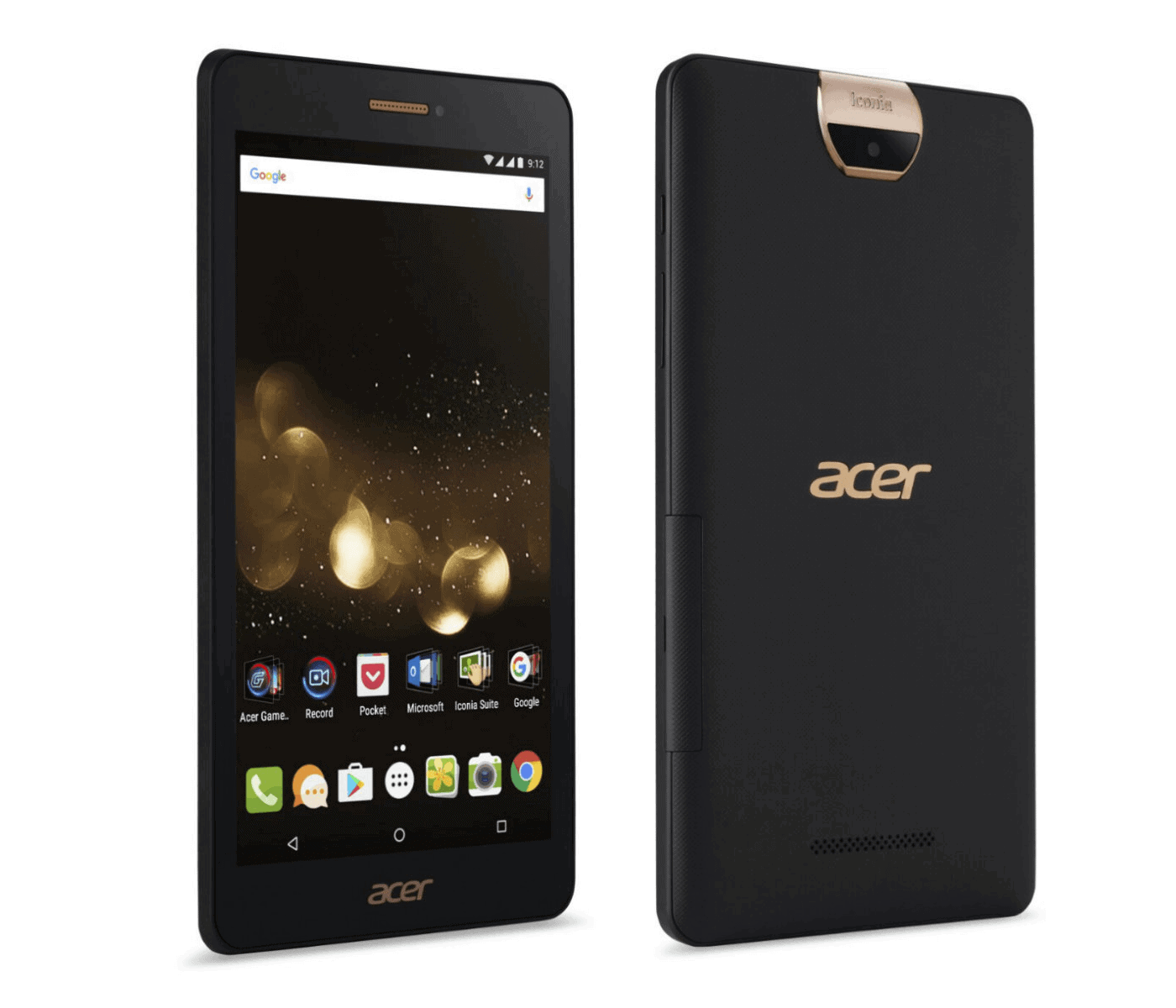 The Iconia Talk S is Acer’s new budget offering. This tablet features an interesting design, by combining black and gold colors, while it retains that industrial look. The device features a 7-inch 720p (1280 x 720) IPS display, 2GB of LPDDR3 RAM and 16GB / 32GB of expandable internal storage. This tablet is fueled by MediaTek’s MT8735 quad-core processor, and as its name says, this device comes with a SIM card slot, two of them actually, and it also offers 4G LTE connectivity if that’s something you need / want. The 13-megapixel snapper is placed on the back of this tablet, and a 2-megapixel unit can be found on its front side. The Acer Iconia Talk S comes with Android 6.0 Marshmallow out of the box, along with some software additions from Acer, of course. Speaking of which, this tablet comes with Acer’s Iconia Suite apps, including EZ Snap, EZ WakeUp and EZ Utilities. On top of that, the company has also included Microsoft’s Office Suite here. The tablet measures 191.7 x 101 x 9.35mm, while it weighs 260 grams. The company says that the tablet’s battery can last up to 9 hours of active use through videos, gaming and web browsing, though they did not reveal how big the battery actually is.

Now, as far as availability goes, those of you who are interested in purchasing this tablet will be glad to know that it will become available soon, sometime next month. The device will be available in the EMEA (Europe, the Middle East and Africa) region, and will cost €169. That is pretty much it, if you’d like to take a closer look at Acer’s new tablet offering, check out the gallery down below. 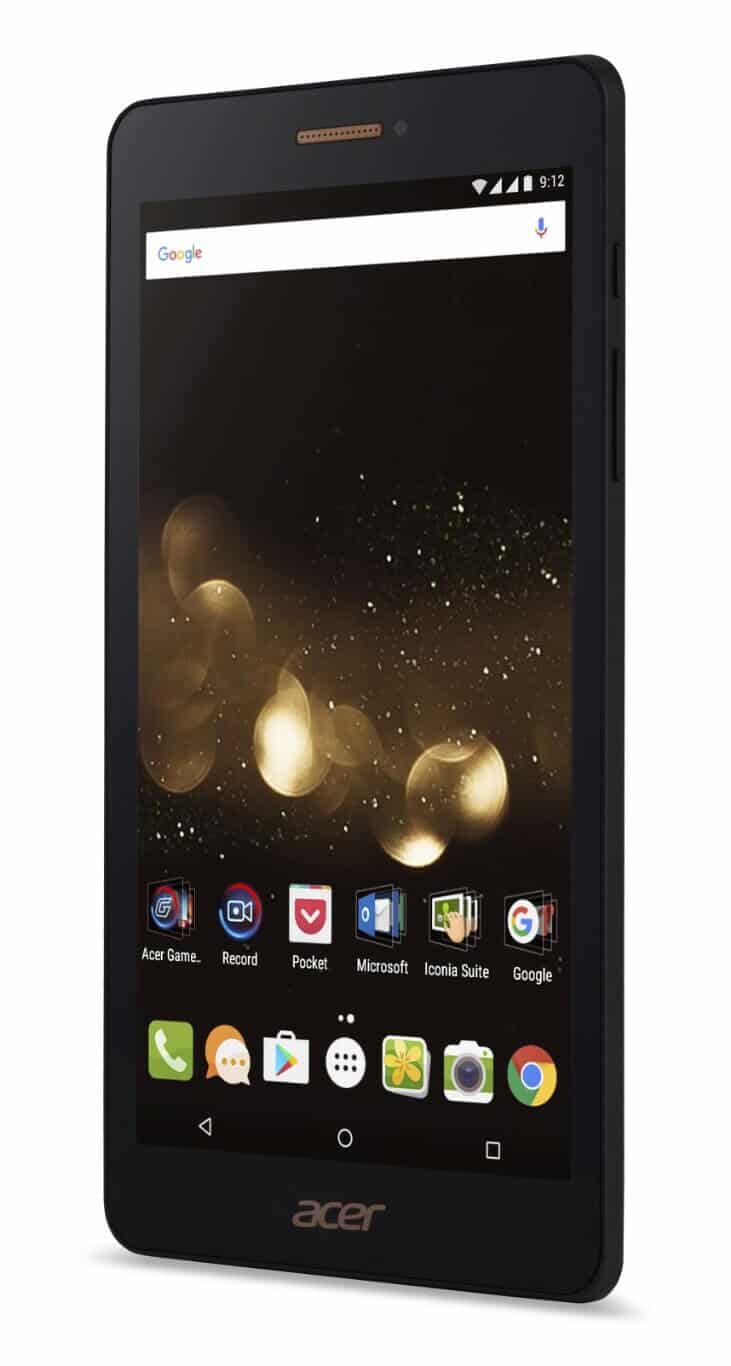 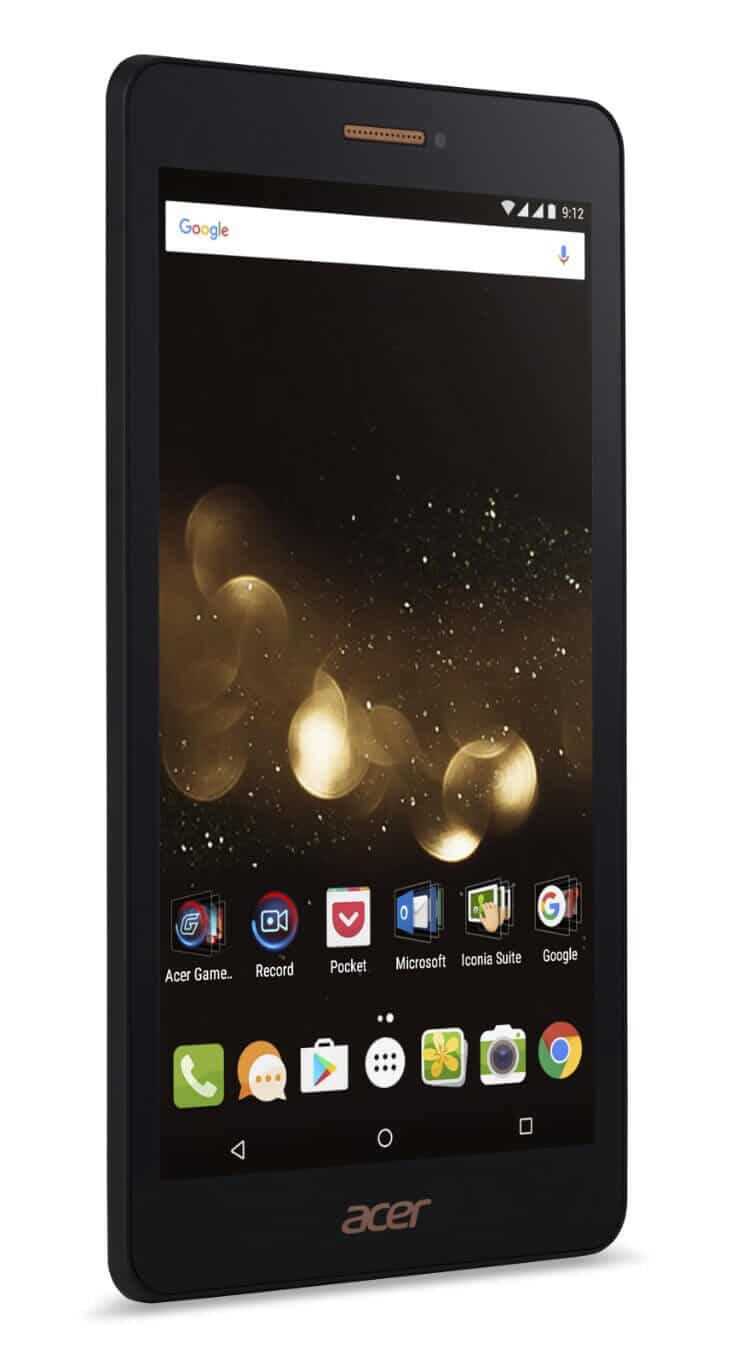