The Xiaomi Mi Note 2 and Mi 5s handsets have definitely been amongst the most rumored devices in the last couple of weeks. Both of these smartphones are expected to arrive in the coming months, and the Mi Note 2 is actually rumored to launch later this month, on July 25th, or in August. Rumors say that both of these phones will sport pressure sensitive displays, while you can also expect them to be made out of premium materials. That being said, a new leak just surfaced, and it basically gives us a first look at the upcoming Xiaomi Mi 5s smartphone, read on.

If you take a look at the provided image, you’ll get to see the first glimpse of the upcoming Mi 5s smartphone. This is basically a new variant of the company’s current Mi 5 flagship, though it seems like the Mi 5s will be a bit different than the Mi 5 in terms of the design, which is not something we’ve expected. As you can see, there are two rear-facing cameras on the device pictured here, which is quite interesting. The dual-LED, dual tone flash is also located on the phone’s back, and the device will be made out of metal and glass it seems (though ceramic might be a part of the equation once again). The Mi 5s will sport chamfered edges, presuming this leak is legit, of course.

Now, this leak actually makes sense, a rumor which surfaced earlier this month did suggest that Samsung is providing dual camera sensors to Xiaomi, and the Mi 5s could be the first smartphone to sport such setup. The device is expected to ship with the yet-unannounced Snapdragon 821 64-bit quad-core processor, and 4GB / 6GB of RAM. Android 6.0 Marshmallow will come pre-installed on this smartphone, and on top of it, you’ll be able to find Xiaomi’s very own MIUI OS, quite probably MIUI 8. The device will, according to rumors, ship with a 5.5-inch panel, though we still don’t know whether to expect a fullHD or a QHD display here. That is more or less it, we don’t know when exactly will this handset arrive, but it is quite probable it will land in Q3, so stay tuned. 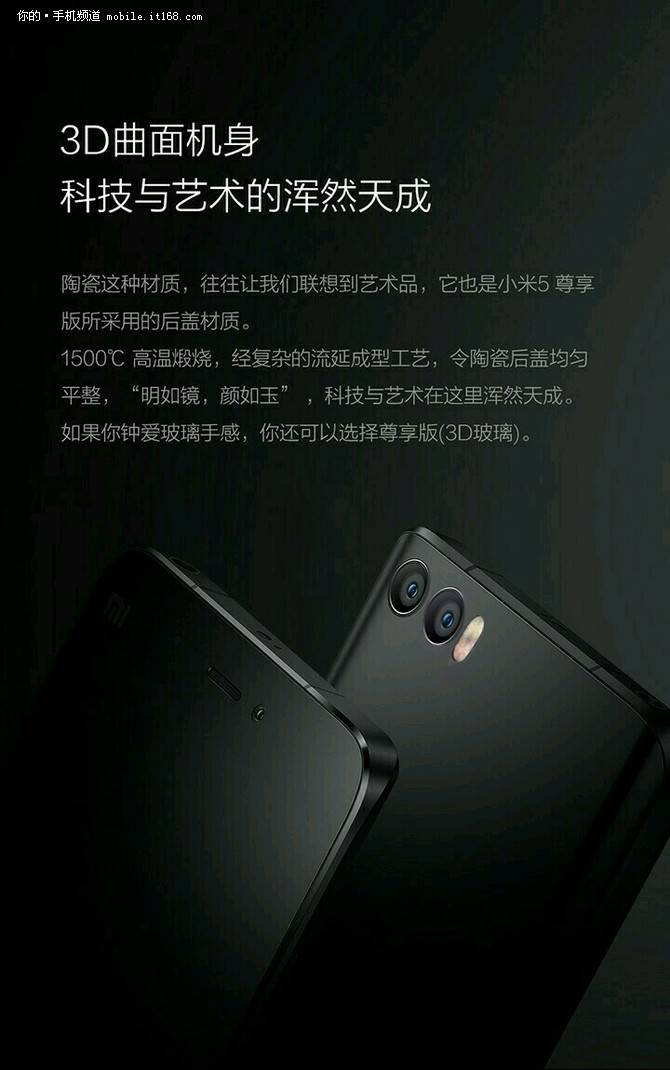