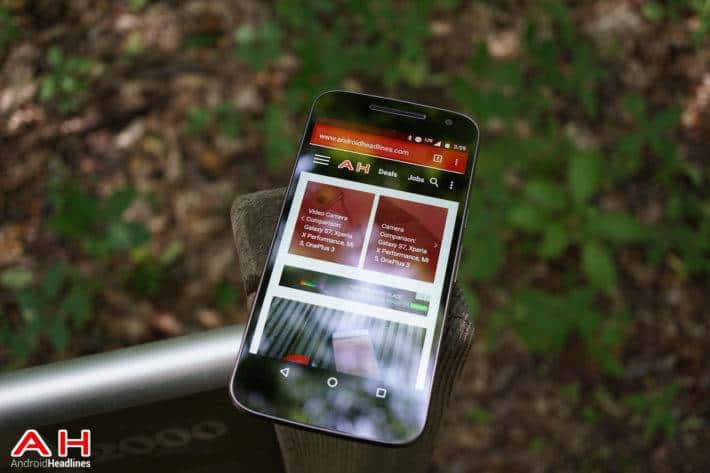 The Moto G4 is Motorola's fourth-generation of the Moto G lineup, which has always been a somewhat low-cost smartphone, but with an amazing value. The Moto G4 continues that tradition, even under Lenovo's ownership, which was a pretty big question mark in the past year or so. The Moto G4 upgrades several of the internals from the third generation, but it also upgrades the price a bit, coming in at $199 for the 16GB and $229 for the 32GB model. The good thing is, that 8GB model is finally gone, for good. The Moto G4 sports the Snapdragon 617 processor, with 2GB of RAM, 16GB or 32GB of storage with a micro SD card slot – and that does support adoptable storage. Additionally, the display has been upgraded, so we now have a 5.5-inch 1080p IPS panel here. Making it a really nice looking phone, based on the spec sheet. But how does it play out in reality?

All of the upgrades are nice, especially when we look at the cost increasing by just $20. Is the Moto G4 perfect? Of course not. But it is one of the best smartphones that is available today, which you'll see in our video review below. The Moto G4 has quite a few things going for it. Things like Stock Android 6.0.1 Marshmallow, amazing battery life, incredible screen brightness, and a fairly decent size. Although, the design of the Moto G4 is a bit "boring" some might say, but it does feel a bit rugged, and could likely take a beating if it had too, although we wouldn't recommend it. One thing that the Moto G4 is missing from the previous model is waterproofing. For some reason Motorola and Lenovo decided to take that away in this model. Hopefully it makes a return next year in the Moto G5.

If you haven't already read our full written review, you can check that out here. Our video review is down below, and you'll get to see the Moto G4 in action. It's a pretty great smartphone, and one that's tough to argue with, for the best phone under $200 or even $250, if you count the 32GB model here.