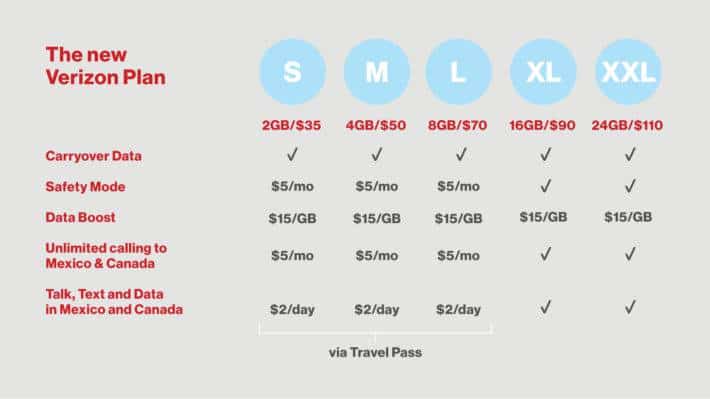 Over the last week or so there has been a number of rumors floating around that Verizon was planning to change the way in which its data plans are laid out. At first, the reports detailed that the plans would see an increase in data allowances, while further reports which came through detailed that the data increases would come along with some price increases. Today, Verizon has confirmed the new plans and also confirmed that they will be going live tomorrow.

The data (and price) increases are only one aspect of the new plans though, as in line with the previous reports, Verizon is also introducing a number of new features like 'Carryover Data', 'Safety Mode' and 'Data Boost'. Carryover data essentially allows you to save your unused data for the next month with the rolled over data expiring at the end of the following month. Safety Mode is more to do with customers opting to receive a throttled data speed. This will be of use when customers reach their data allowance and will allow them to downgrade their data from "4G LTE to 128 kbps speeds" without incurring any additional costs. While Data Boost is an optional feature where customers can choose to purchase more 4G LTE data as and when needed and at a cost of $15 per GB.

Closing out the announcements from Verizon today and the carrier has also announced that along with the new Verizon Plans, they are also introducing a new My Verizon app. The redesigned app will obviously incorporate control over the new features announced, as well as an improved end-user app experience. Both the app update and the new features are due to take effect starting tomorrow, July 7. 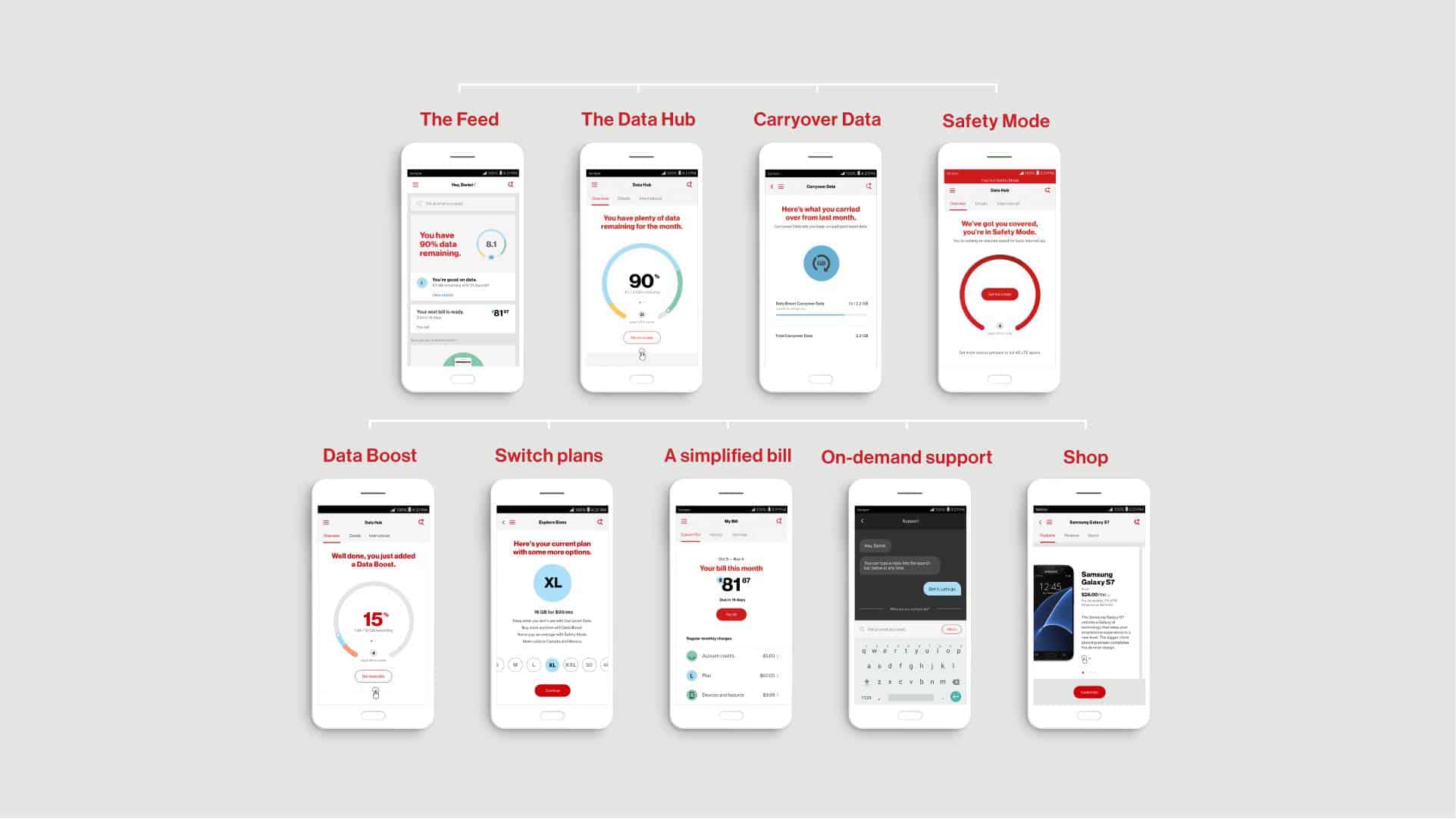