According to a report released by SuperData, Pokemon GO has been earning Nintendo over a million dollars a day since launch. This figure is impressive because the title has not been available for two weeks and is still being rolled out across the world. This daily earning figure could rise still further as the game is launched in other markets, but it could also settle if some of the hype dissipates. However, again according to the source website, Pokemon GO has already outsold Pokemon Shuffle Mobile: the older game was released in August 2015 and has earned Nintendo $14.03 million, whereas SuperData's estimates point towards Pokemon GO having earned $14.04 million.

The data highlights how the Pokemon branding has very quickly gathered momentum across the world. The game itself is an augmented reality title based around navigating around a (real world) map to find monsters, which are captured by flinging Pokemon balls at the target. Because the game combines the real world map with Pokemon characters, and because it is available on a smartphone it has captured the hearts of players wherever it has been released. Sadly, the game's real world connection has caused some of the meaner sides of society to take advantage of players by luring them to locations and robbing them. We've also seen reports of authorities reminding Pokemon players to look where they're going whilst playing the game, especially when crossing the road. And of course we've seen a variety of memes being produced with various shady characters claiming they have a Pokemon or two hiding in their basement!

For Nintendo, this momentum behind Pokemon GO is a good thing. We cannot verify the business generated by the application and will likely have to wait for Nintendo to make an official announcement, but the interest in the title and the sheer number of players is a very good thing for the games designer. We've already seen how Nintendo has finally decided to invest into the smartphone and tablet gaming market after years of largely ignoring the platform, plus seen reports that the company is considering investing into building smartphone gaming peripherals – where other businesses have already released gaming accessories into the market. In the next few weeks, Europe will officially gain the game providing Nintendo's servers can cope with the load and this should keep people interested in the title. 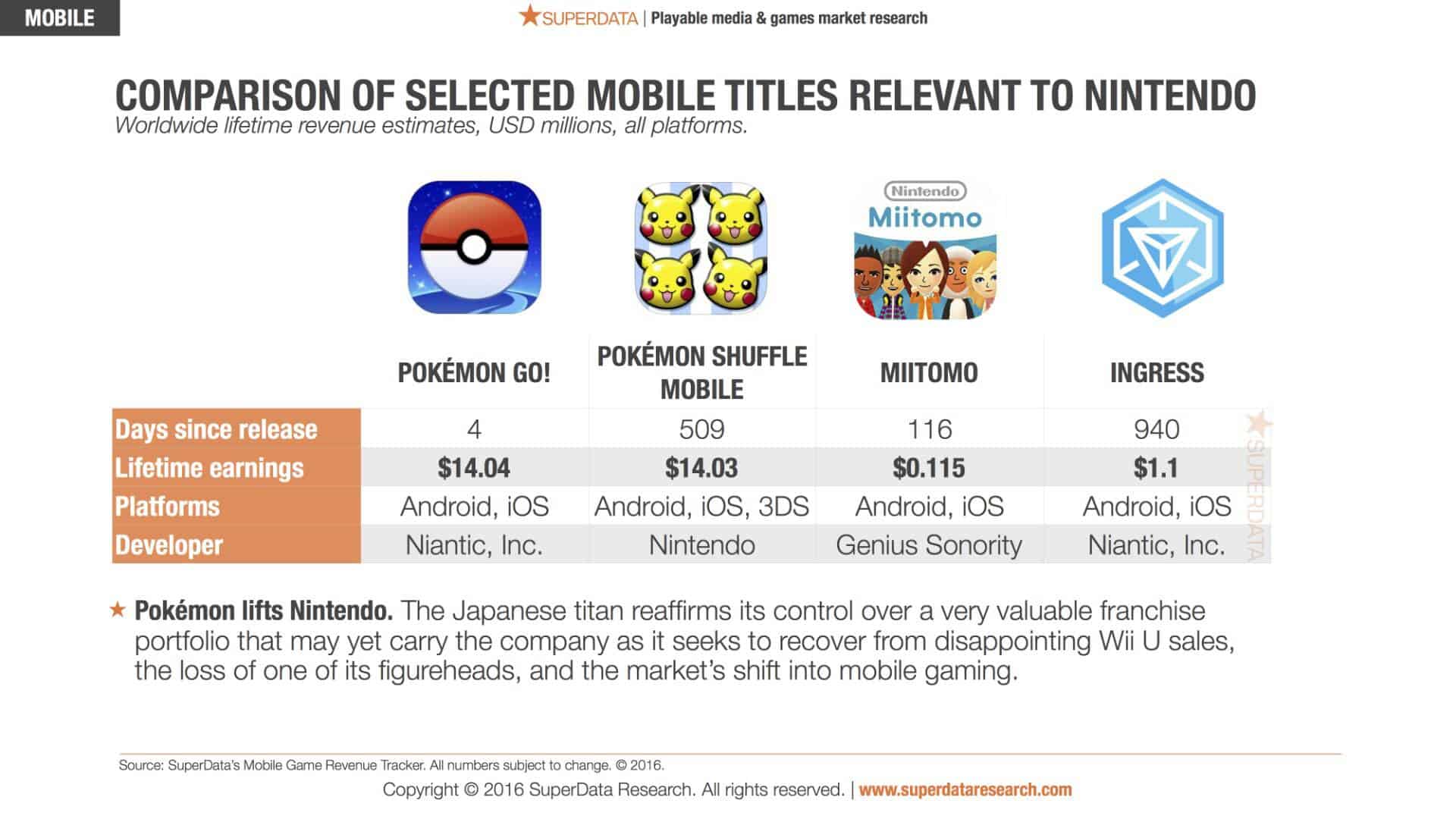