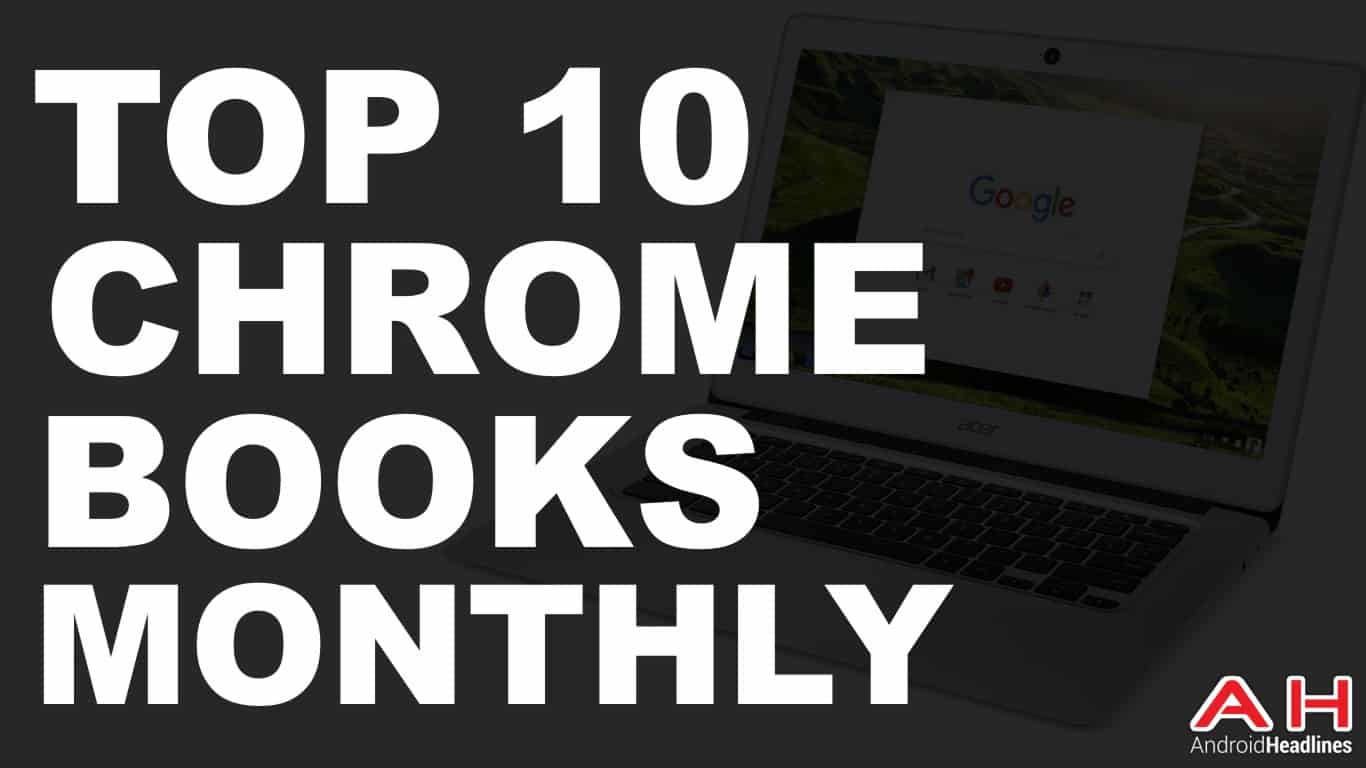 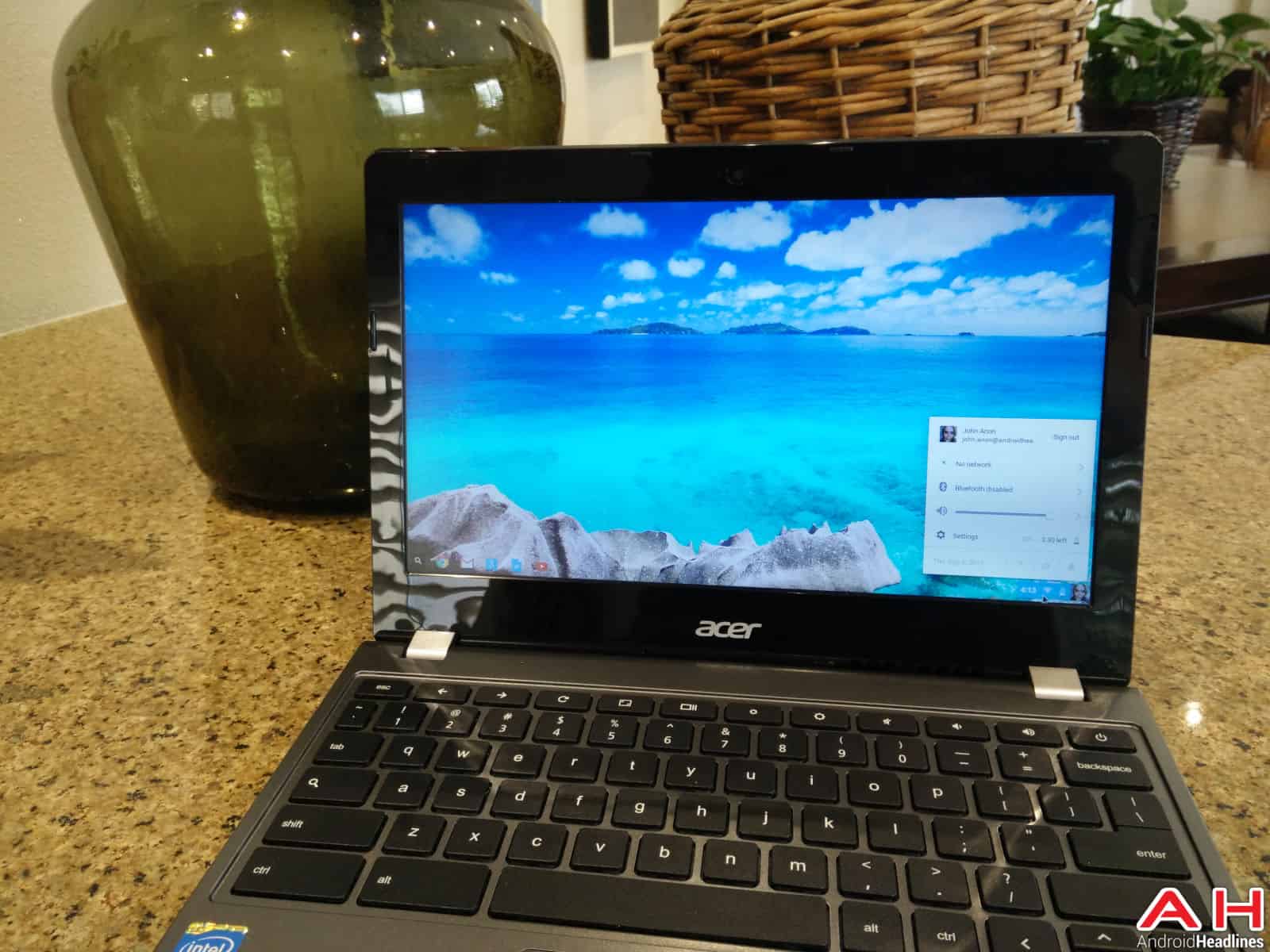 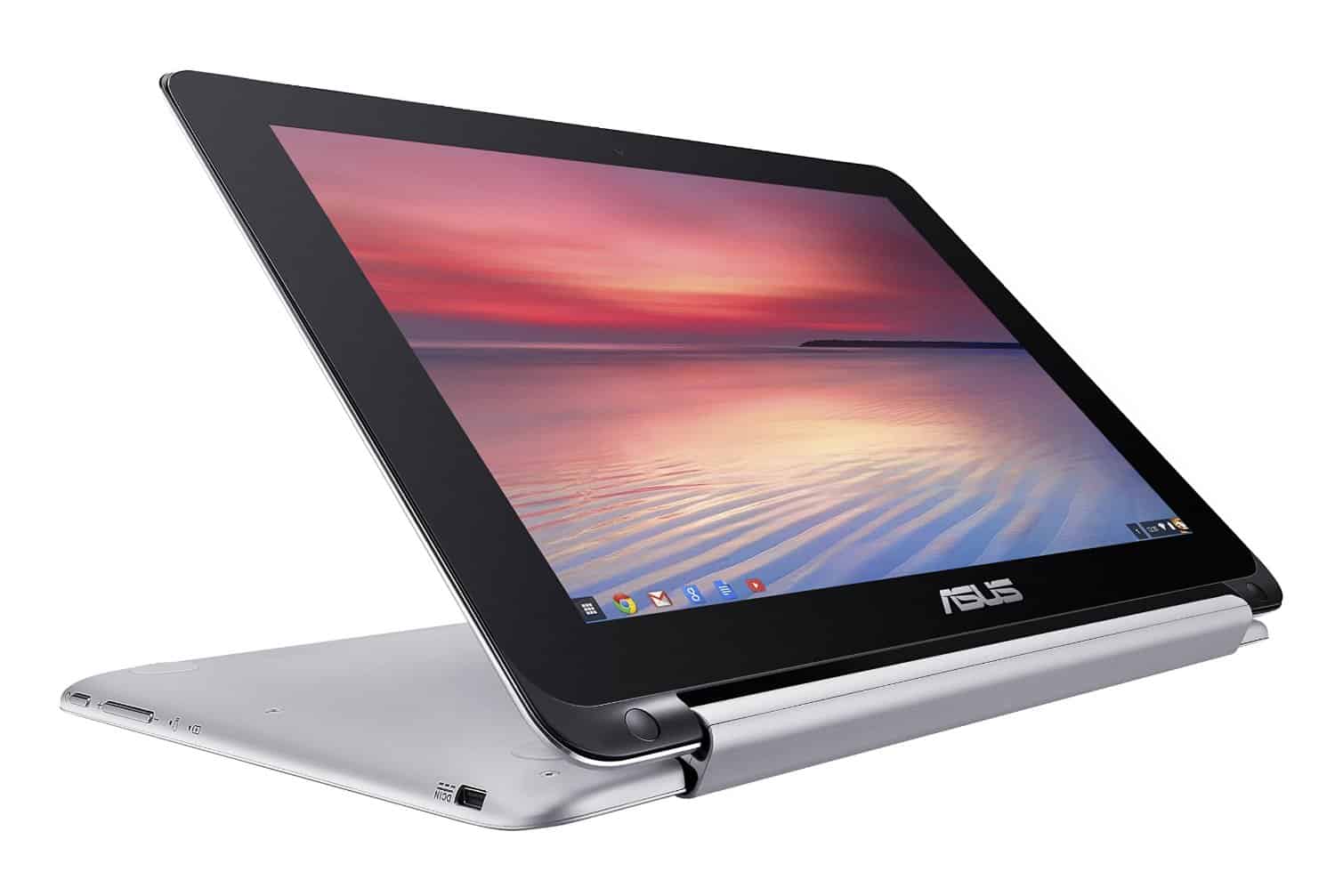 The ASUS Chromebook Flip is a slightly mixed bag Chromebook. On the one hand, this is available in both 2GB RAM and a more powerful 4GB RAM options, with both models coming with 16GB internal storage and a Rockchip (RK3288) processor. While on the other hand, this is a very small Chromebook with the display on offer coming in at 10.1-inches. So this is very much a tablet with Chrome OS. Which means while it is portable, it will not be an ideal option for those looking for a more laptop-like experience. On the plus side, the Chromebook Flip has seen a price drop this month and is currently available for only $239. On another plus, this is one of the Chromebooks which has already seen its Android apps support going live. 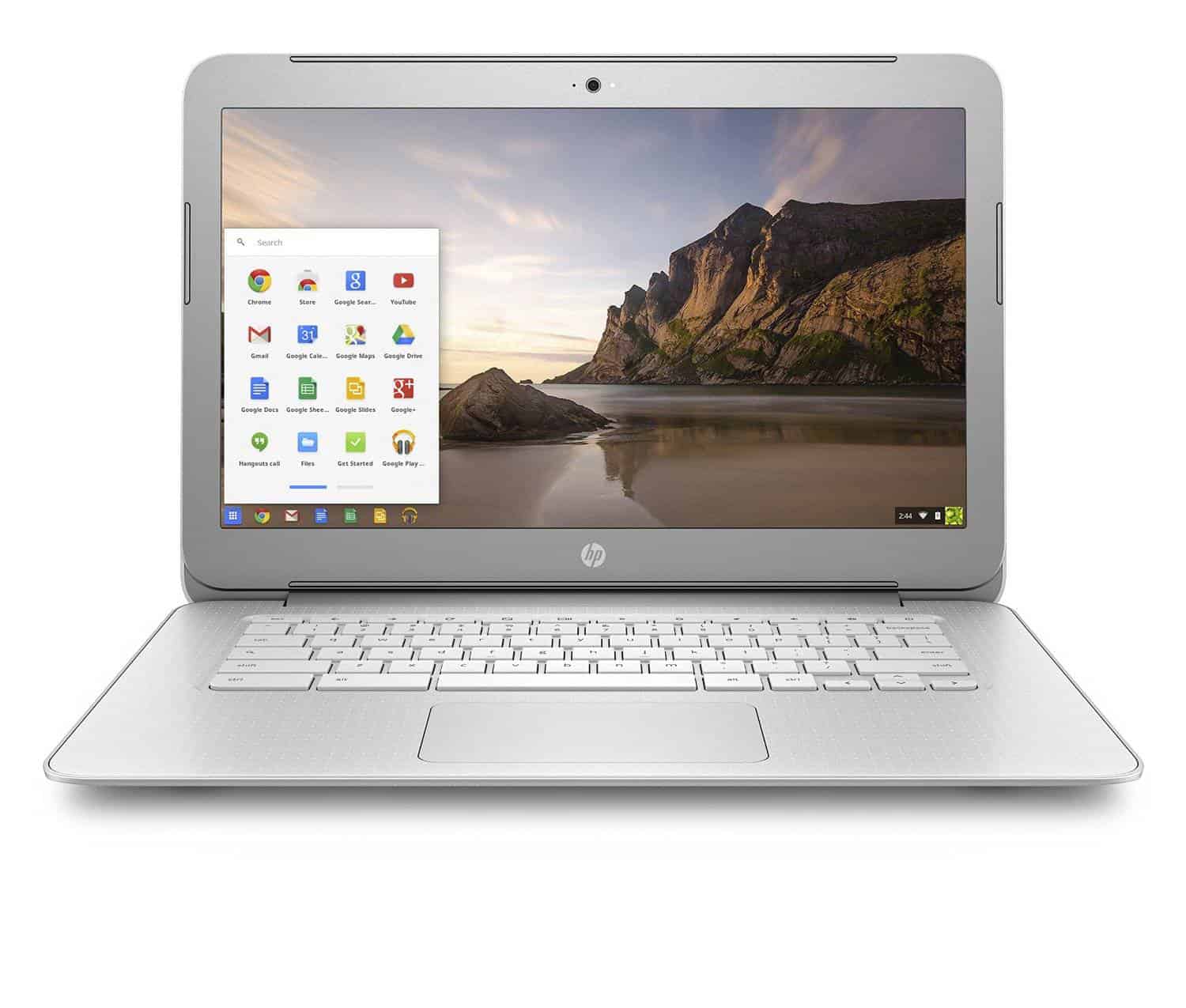 There are a few Chromebook options which in spite of not being the newest Chromebooks on the market, remain solid purchasing options. The HP Chromebook 14 is one of those options and still remains a popular choice for those looking for a good-performing and reliable Chromebook. One of the reasons for its popularity is its size with the Chromebook 14 coming equipped with a 14-inch display which makes use of a 1366 x 768 resolution. This is also a Chromebook which lets you choose your internal spec level with a 2GB RAM and Intel Celeron (N2840) dual-core processor option on offer, as well as a 4GB RAM and Intel Celeron (N2940) quad-core processor option. Right now, both models have seen a price drop making them even more appealing. The 2GB RAM model is currently available for only $199.99 while the 4GB RAM model will currently set you back $249.99 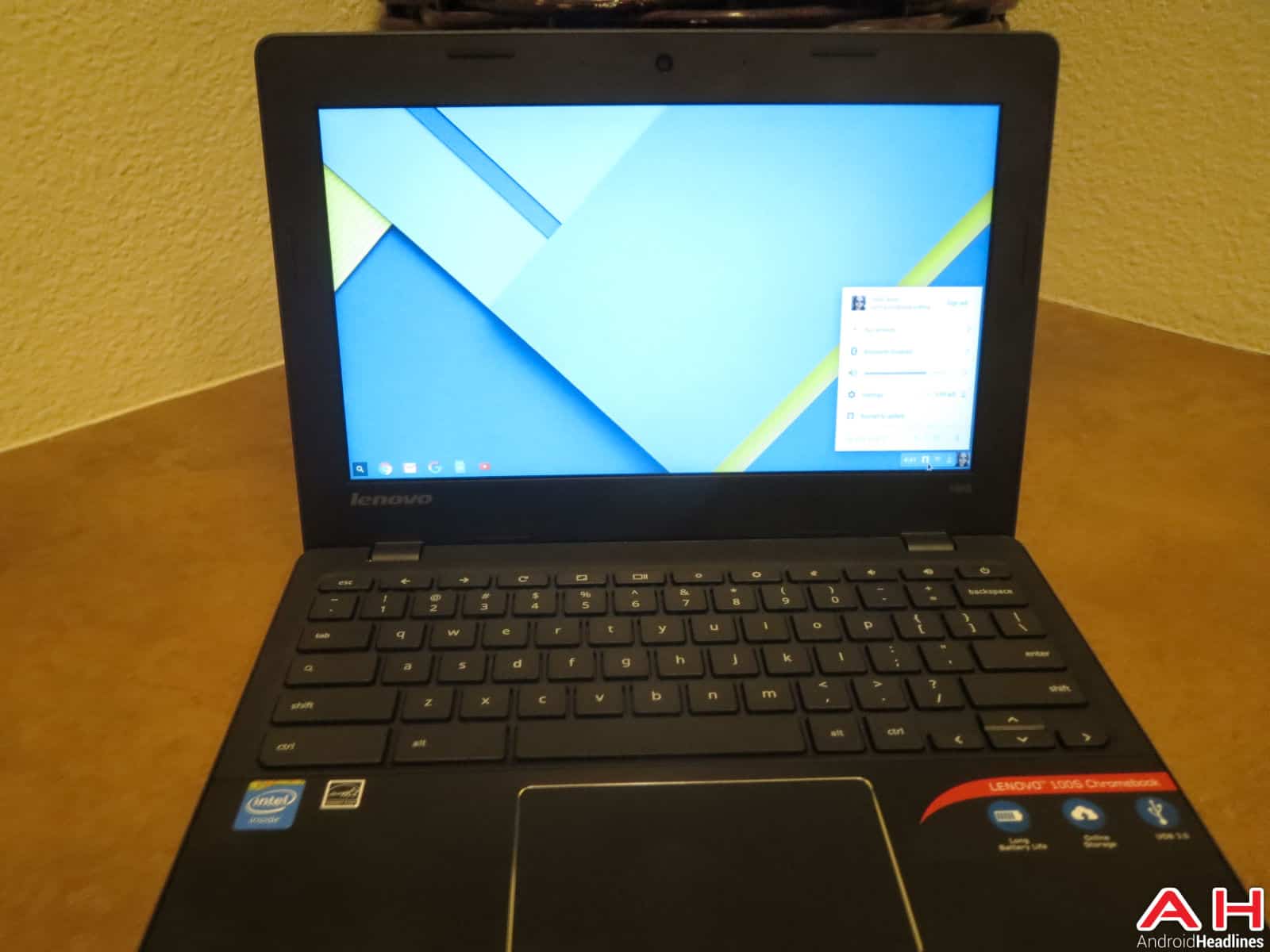 Chromebooks by nature, are affordable devices. However, there are some models which are ultra-affordable with the Lenovo 100s Chromebook being one of them. This is a Chromebook which launched for only $179.99. For that price, the Lenovo 100s comes boasting an 11.6-inch display with a 1366 x 768 resolution, 2GB RAM, 16GB storage and an Intel Celeron (N2840) processor. While this is already a super cheap Chromebook, this month it is even cheaper as it is currently available for only $164. Which does make it a solid purchase for those looking to test out a Chromebook for the first time. 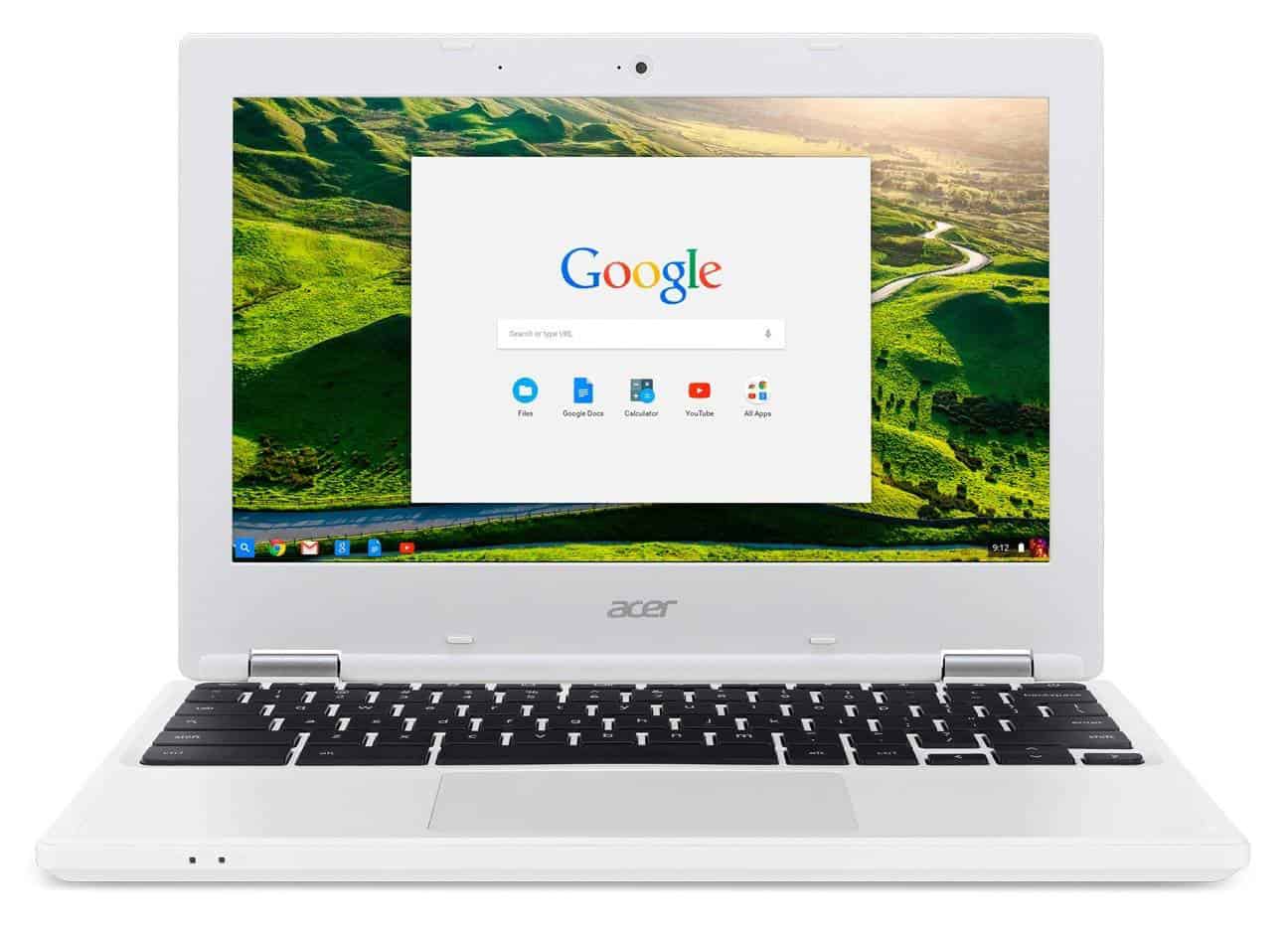 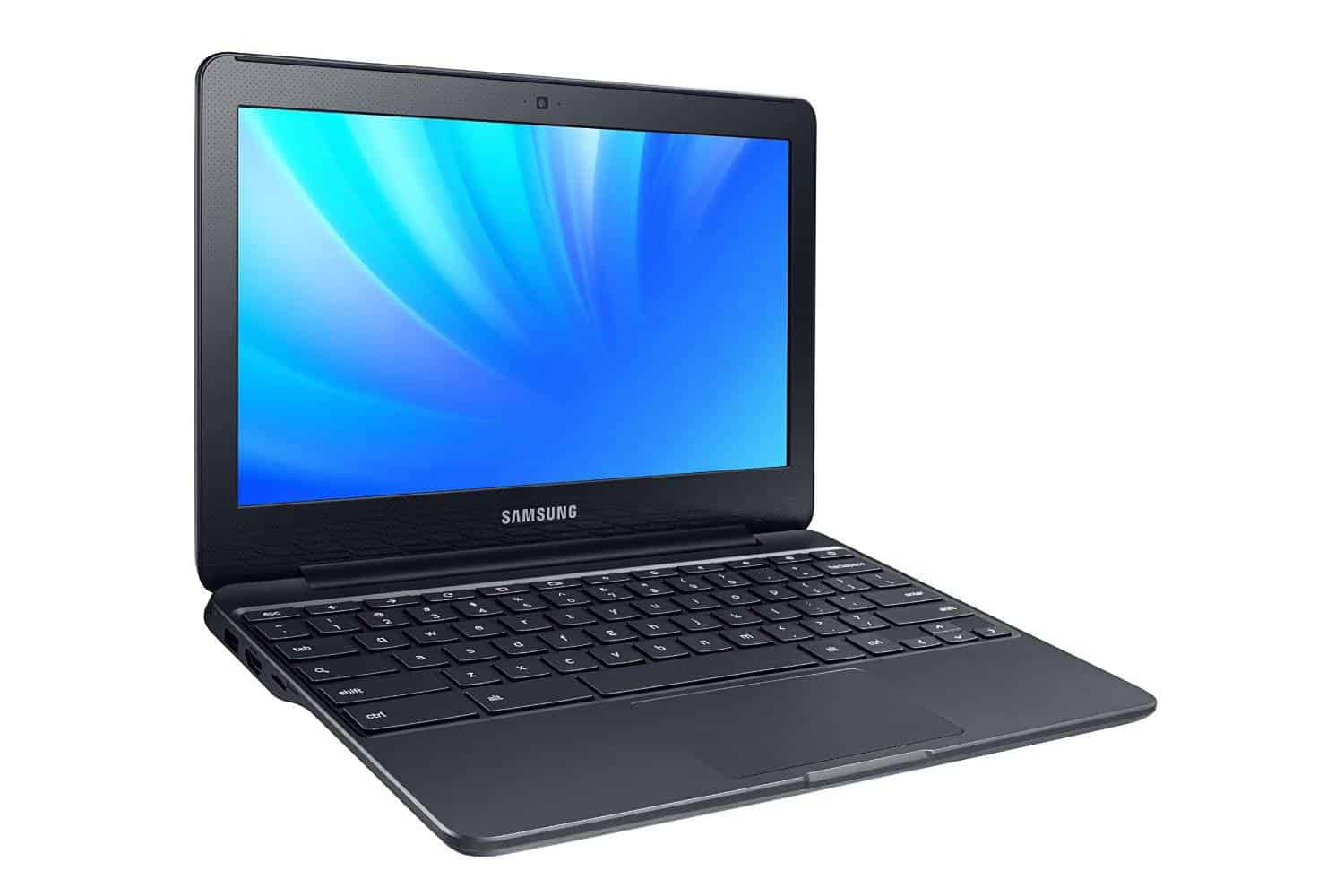 Samsung’s simply entitled ‘Samsung Chromebook’ range has been a popular line over the last couple of years and the newest option arrived in the last few months as the Samsung Chromebook 3. This model allows the user to choose the RAM option with both 2GB and 4GB models available. While the rest of the specs remain static between the two models and include an 11.6-inch display, 16GB storage, and an Intel Celeron (N3050) processor. If you are someone who prefers Samsung’s way of building things, then the one point to note here is that the Chromebook 3 arrived as a very competitively-priced Chromebook. For July, the 2GB version is currently available for only $189 while the 4GB model is currently available for only $218. 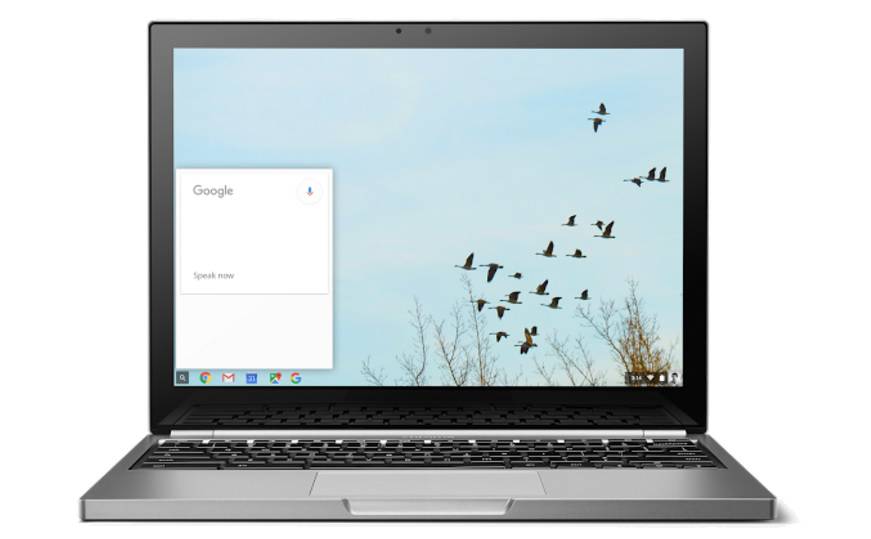 There is little arguing with the Chromebook Pixel being the best Chromebook you can buy, it just is. The only issue with it, is that the Chromebook Pixel is also the most expensive Chromebook you can buy. One which will set you back a cool $1,299 for the pleasure of owning it. That said, if you do hand over the $1300 you can expect a top of the line Chromebook in return. One which comes equipped with a 12.85-inch 2K resolution display, 16GB RAM, 64GB storage and an Intel Core i7 processor. So for those looking for the absolute best in class Chromebook, then this is the one to go for. Just expect to pay a best in class price as well. 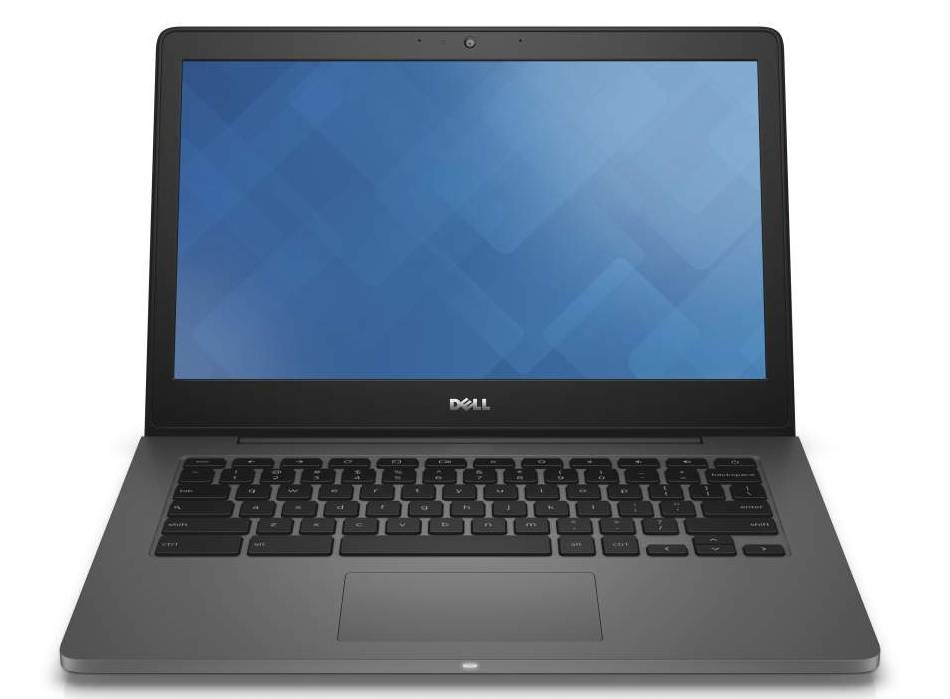 Unlike some of the other manufacturers on this list, Dell does not release a lot of Chromebooks. However, when they do release a Chromebook it is not only well-received, but is also a very good Chromebook. Much is the case with the Dell Chromebook 13. However, this is a rather interestingly positioned Chromebook as it lies somewhere in between the bulk of the Chromebook selection and the Chromebook Pixel. So if you want a similar build quality to the Pixel but only pay a slightly higher than the average Chromebook price, then this might be the one to go for, as the middle of the road Chromebook 13 variant is currently available for $425. For that price, this option comes equipped with a 13.3-inch display with a 1920 x 1080 resolution, 4GB RAM, 16GB storage and an Intel i3 processor. 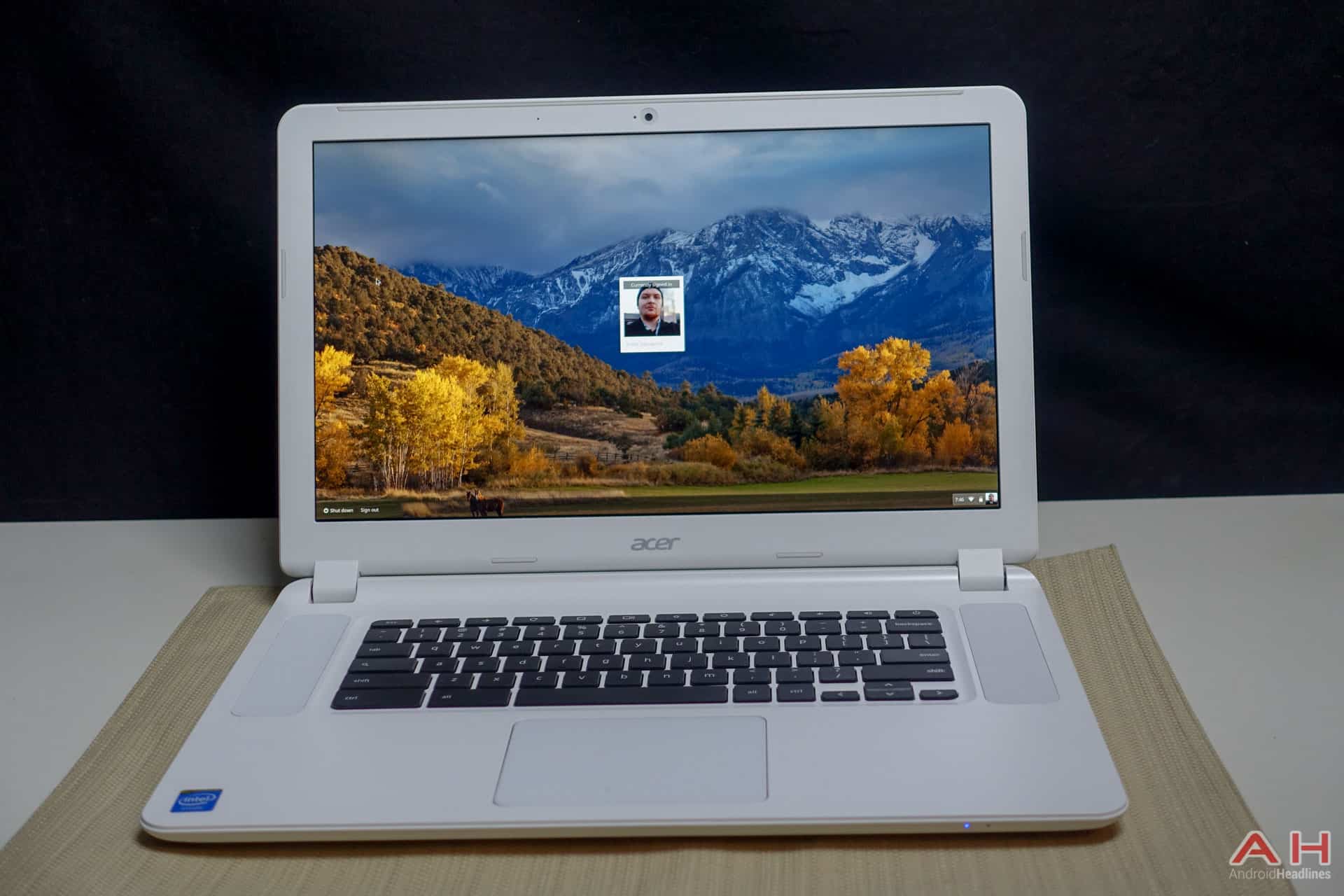 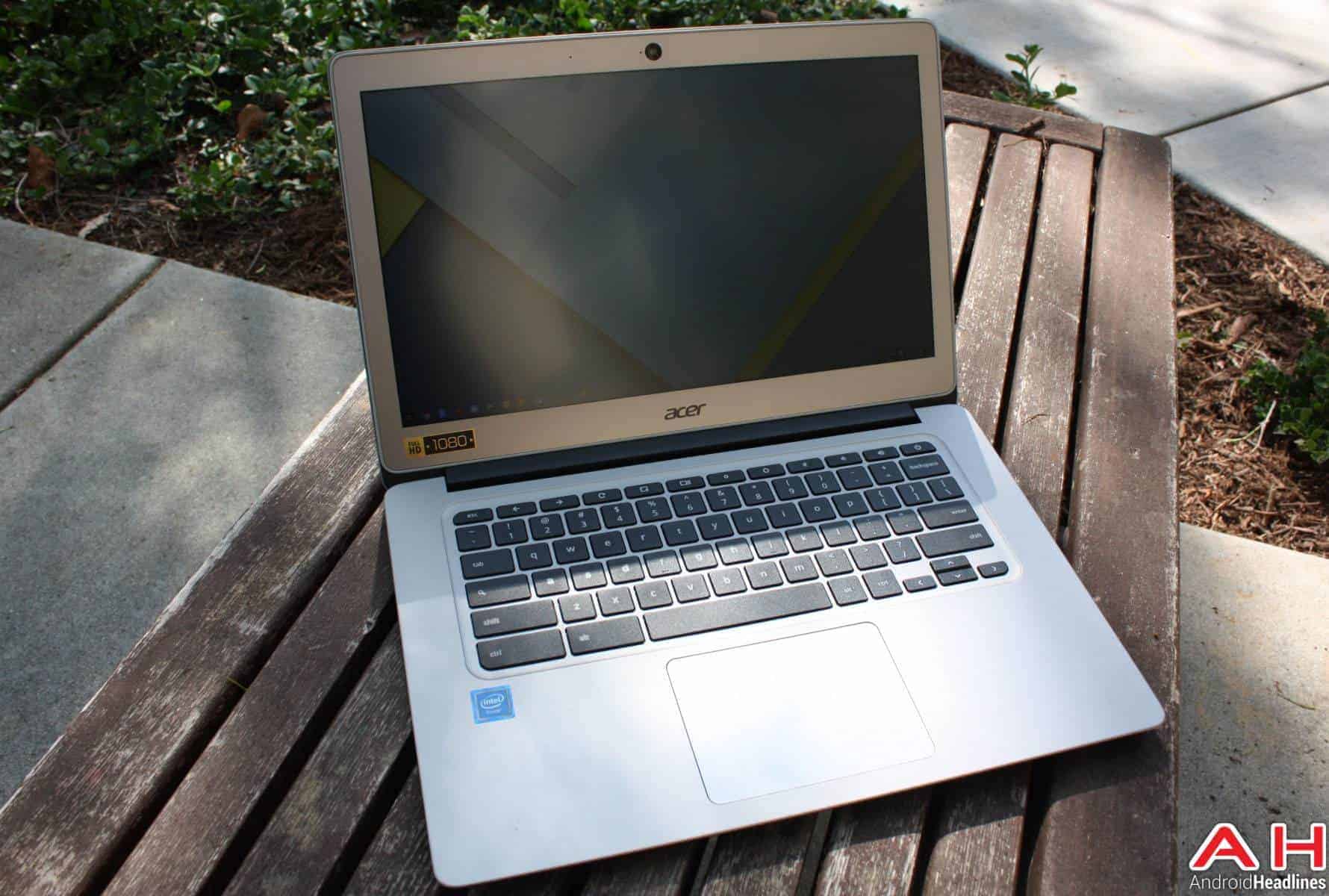 Buy the Acer Chromebook 14
Advertisement
Trusted By Millions
Independent, Expert Android News You Can Trust, Since 2010
Publishing More Android Than Anyone Else
6
Today
102
This Week
103
This Month
4868
This Year
106344
All Time
Advertisement