As many of us hardcore Android Wear fans not-so-patiently await the arrival of Android Wear 2.0 later this year, it seems as though things have started to slow down in the Android Wear world. Well, judging from this month’s selection of pretty great Android Wear apps as well as watch faces, that doesn’t appear to be quite so true. This month we have a selection of novelty watch faces, some more classic faces as well as a handful of neat apps that are quite useful and solve issues you might not have thought about before. So, let’s get started, shall we? 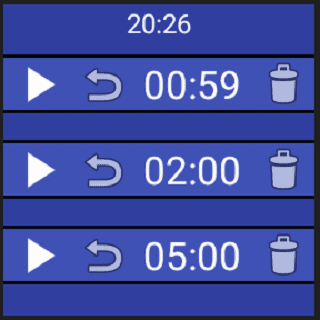 This is the sort of app on Android Wear that isn’t the first and won’t be the last either, but it’s a simple Android Wear app that gets the job done. That job is offering users a simple and appealing way to choose from a number of different timers whenever they need them. Sure, this can be done from the Google Now screen, but you have to speak aloud each time and you have to specify the time every time you make a timer. Here, you can simply store these timers and then bring them up whenever you need them. Easily delete them as well, Simple Wear Timer is what it says it is; simple. 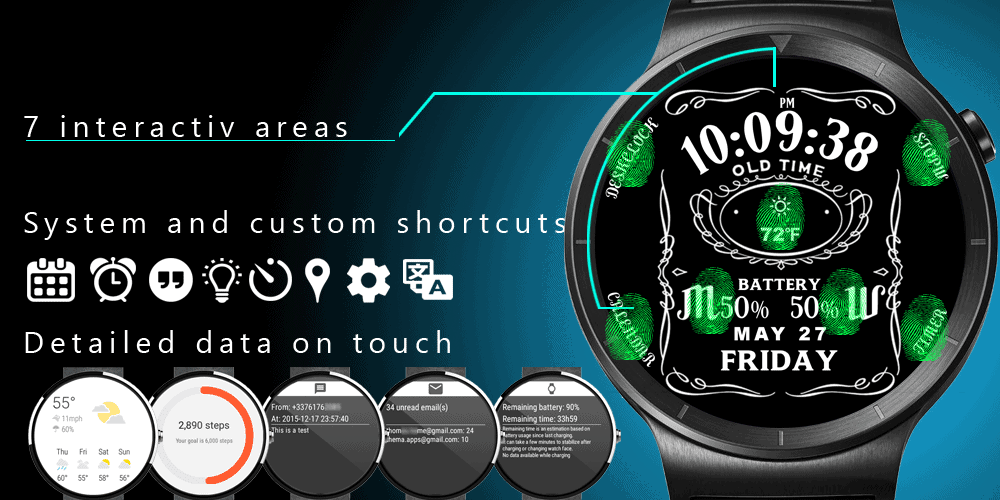 This is a novelty watch face for those that enjoy a certain brand of Tennessee Whiskey, but it is also fairly functional as well. It’s clearly taken its inspiration from the famous brand’s famous label, and it does look pretty nice. It is however, also informative and has quick links to key functions on your watch, such as a stopwatch and timer as well as the weather and so on. A good-looking, fun little watch face that does more than you might think it does. 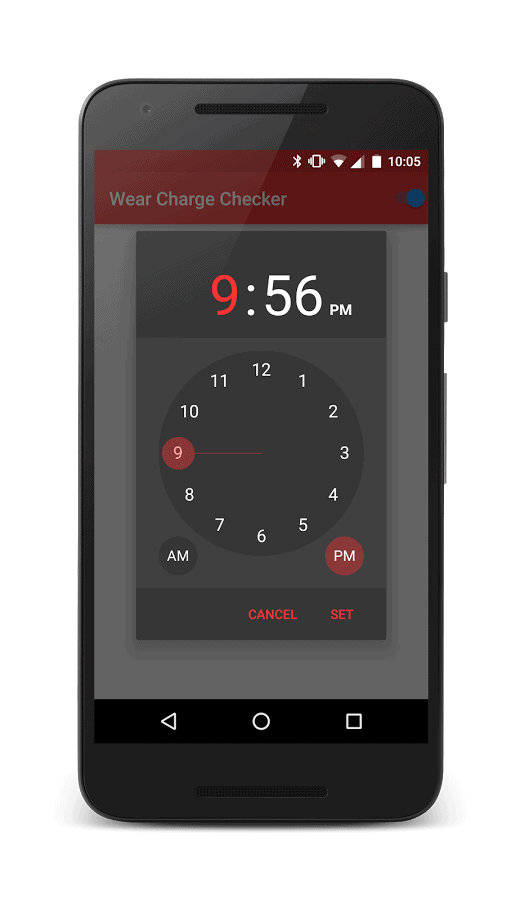 Wear Charge Checker is one of those apps that will appear totally unnecessary to some users and a real boon to others. All this little app does is check and see- at a time determined by you using the phone app – if your Android Wear device is actually charging. This is a neat little app for someone that is currently trying to troubleshoot whether or not there’s something wrong with their smartwatch or the charging base itself. In most cases, Android Wear smartwatches don’t come with the best chargers out there, so for some this will be a welcome offering. 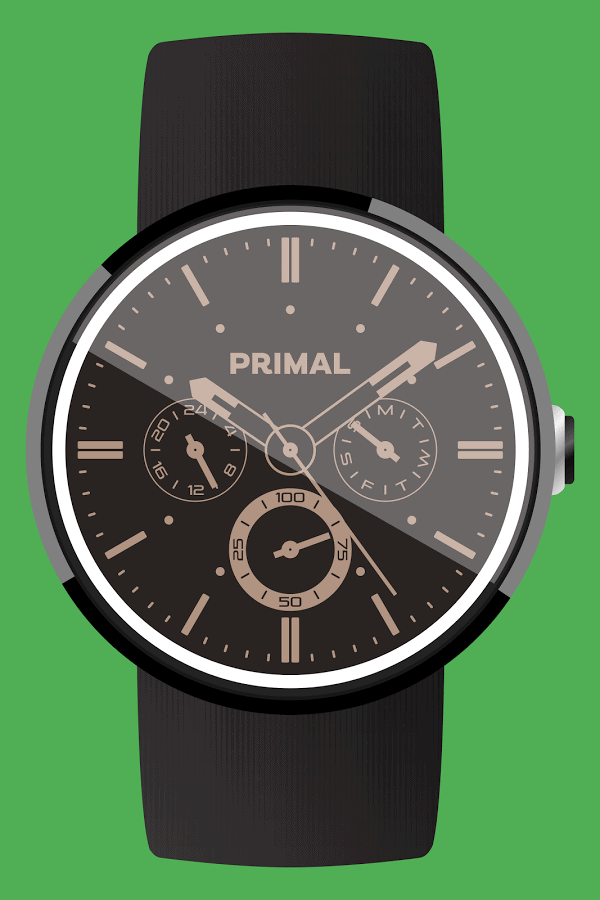 Primal is a watch face that will appeal to those that want something analog, but know full well that their smartwatch is digital. This is a striking, flat-design watch face that really does look the part and overall has a lot to like. It might be a little pricey for some, given that it only comes with one configuration, but a lot of people will fall in love with its overall looks right aware, and it’s not hard to see why. A great-looking analog watch face for the digital generation, Primal is well worth giving a go. 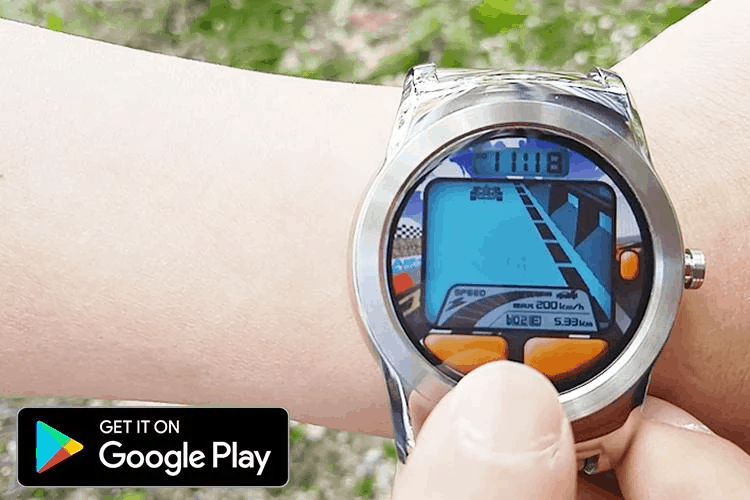 Watch Game Racer is a game that channels the old LCD games that a lot of us might have had fun with as a kid, and it does this all in a cute little Android Wear app. The app emulates such a game brilliantly, and even displays what could be a plastic exterior with some buttons for players to control their race car and interact with the app. It looks great, especially if you’re in the market for some healthy nostalgia. A fun game to brag to friends with or just genuinely have fun on your own with, Watch Game Racer is one of the better Android Wear games we’ve come across in a while. 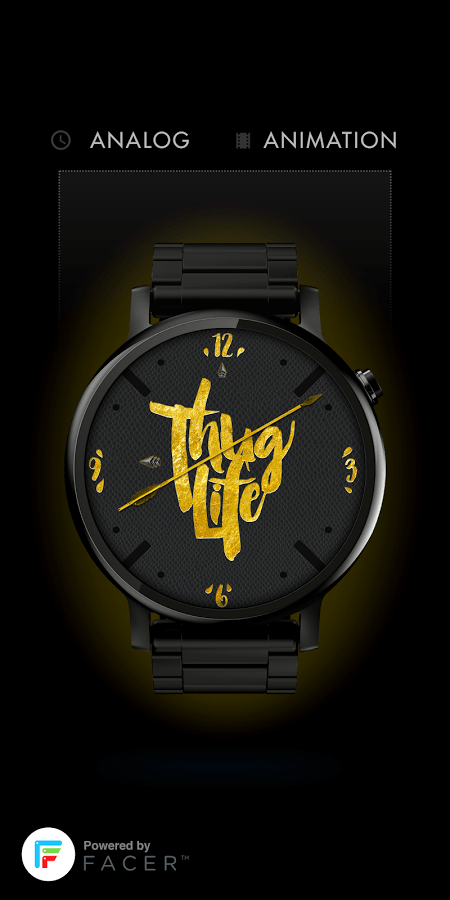 Depending on what sort of background you’re from, this Thug Life watch face will mean different things. For many people, it might be a reference to the popular meme that is all over YouTube and Twitter, but it could also be an inside joke or something like that for you and your friends. No matter what, the watch face looks great and will certainly stand out on your watch, there’s no doubt about that. 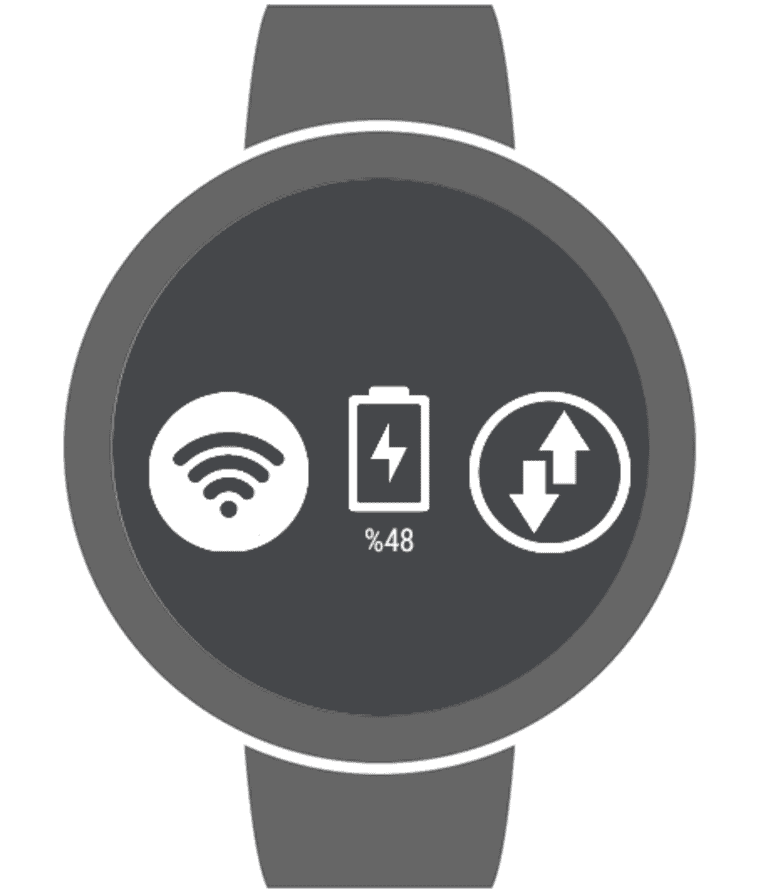 Wear Network is a simple Android Wear app that serves a few simple purposes. It allows users to change, to toggle on or off, the WiFi or cellular data connection of a connected phone. This is nice because these are two of the settings that people are most likely to change from their watch, just as knowing how much battery life your phone has left is important information. This doesn’t bombard you with a lot of other toggles you don’t need, it just gives you a clean and simple interface to the few toggles that you actually want to use. 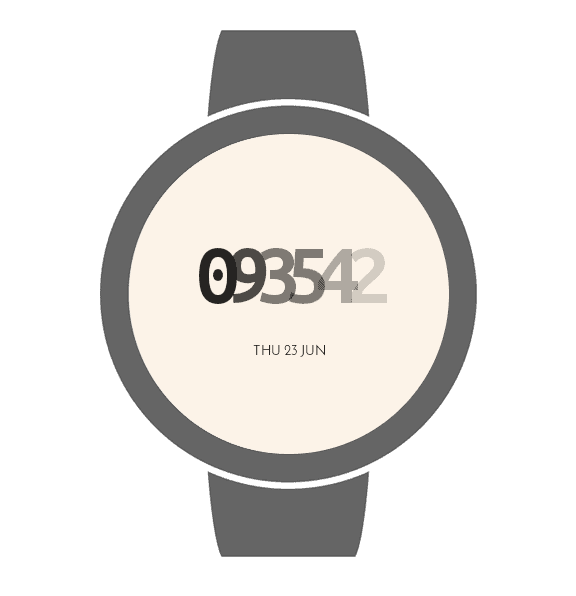 This is the watch face that will really appeal to those that are all about minimalism and making sure that everything is as light and simple as it can be. There’s a stylized time display as well as the date, a choice of two backgrounds and that’s it, nothing else. While this is something that might not appeal to everyone, it will certainly have its fans, and it is free to give a try, too. 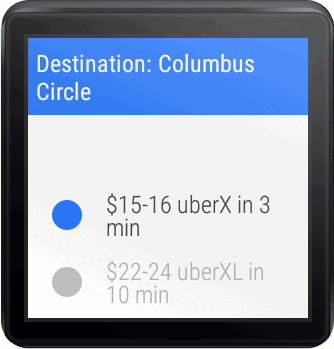 UWear is a neat little Android app – that has a great Android Wear side to it – that allows users to hail Uber rides from their wrist. There’s a little setting up that needs to be done, and all this app does is make the initial request, but it seems to work well. It has a good-looking interface that blends in with Android and the watch app makes it simple and easy to choose from a number of your pre-determined locations. If you’re not signed in to the app on the phone, you can still get access to pricing and time information as well, but to make the request you’ll have to be logged in with your Uber account. 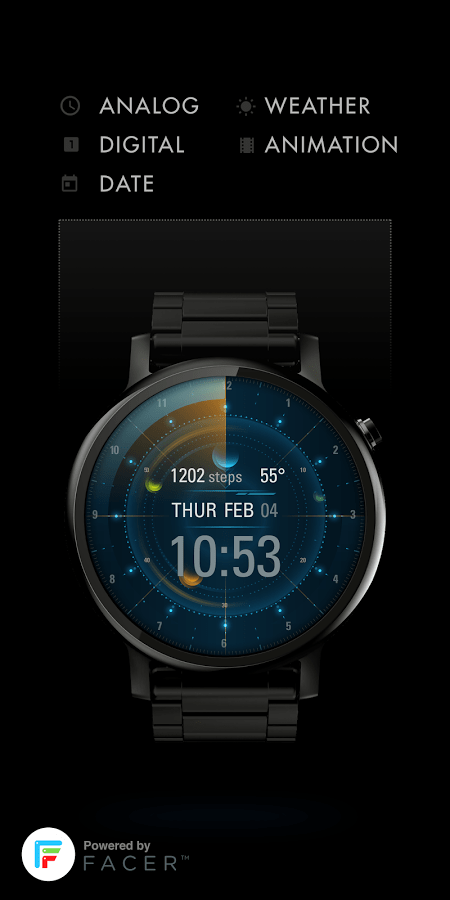 This is another watch face made by the Wutron designer, but this one is more suited to those that have been impressed with the recent breakthrough of getting Juno into Jupiter’s orbit. This is a good-looking Planetary-inspired watch face and it has a decent font choice as well as a nice, subtle sci-fi theme that doesn’t look too out there or anything. It’s not a free watch face, but if you’re interested in all things space and are looking for a decent watch face to show it, then this is far from the worst option out there.