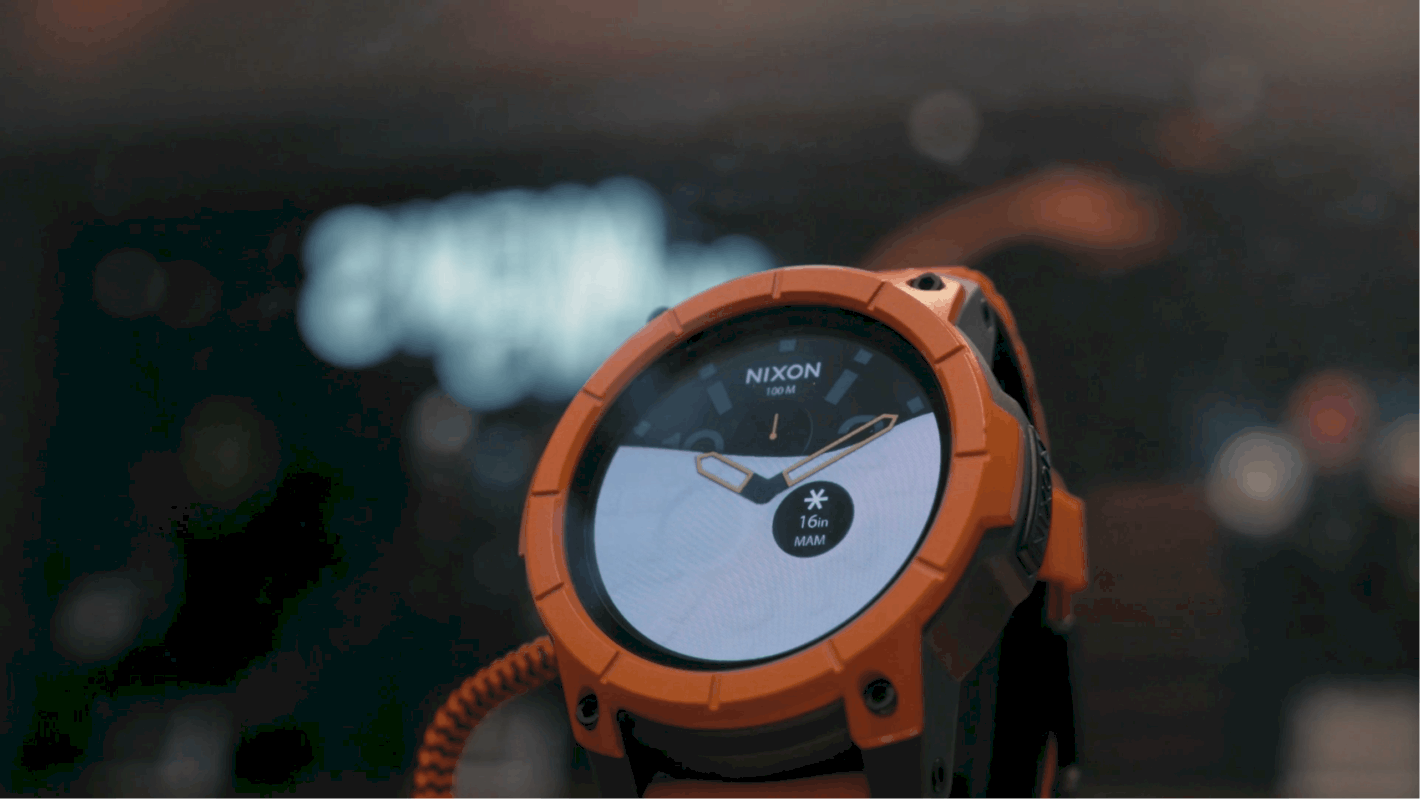 The smartwatch market is nascent, and yet to be mainstream. There are a lot of developments happening in the area, just like VR. But even with major players like Samsung, Apple, and Huawei involved, the smartwatch market has already experienced its first decline during the first quarter of 2016. In a volatile market like this, innovations and developments from various companies are necessary to keep the market steady. Just in time, Nixon's Mission smartwatch has reportedly cleared FCC certification process. The Nixon Mission is one of the new breed of Android Wear-based smartwatches about to launch, along with the high-end Michael Kors smartwatch.

The Nixon Mission is more sports-oriented in its functionality with apps like Surfline, Snocountry and Trace pre-installed but surprisingly lacks a heart rate sensor. The smartwatch features a circular 1.39-inch AMOLED screen, with a resolution of 400 x 400 and pixel density of 406 PPI. The display can show a digital representation of various popular Nixon watch-faces like the 51-30, The Sentry, The Player, The Ranger and The Unit, making the device a favorite choice for watch lovers. The smartwatch will be powered by Qualcomm Snapdragon Wear 2100, a first of its kind partnership with Qualcomm and has a storage capacity of 4GB and 512MB of RAM. There is also a speaker and a mic covered with a flap to prevent water and dust from getting in. The smartwatch runs on Android 6.0 though this can only be verified when the watch hits the market. Like standard smartwatches, it is certified IP68 water resistant and dust proof. The device also supports Bluetooth 4.1 LE and Wi-Fi 802.11 b/g/n. It is powered by a 400 mAh cell, charged magnetically.

The new smartwatch is built with a stainless steel bezel and polycarbonate body allowing it to be sturdy and light at the same time, perfect for sports activities. The colors available have not been disclosed yet although the band will be swappable. The photos published in FCC show off the watch in black, but more colors are likely to be made available when the Mission is launched. About 20 bands and 15 bezel options will also be made available to complement the look of the smartwatch. The quick start guide and the manual are available in the FCC filing as well. The base model of the watch is expected to be priced at $399. No exact launch date is available although the official site mentions that the launch will be in the fall season, and users can register to become notified from their site on launch. The watch will also come pre-installed with the Mission app, which allows the user to monitor conditions for surfing, and also tracks their runs. The Mission is the first smartwatch targeted at a particular group of users. Although the smartwatch market has shown a decline in sales, manufacturers are gearing up, with the Google Nexus smartwatch, and Android Wear 2.0 on the horizon.