Sony launched a few flagship devices earlier this year, and rebranded their flagship line from the Xperia Z to the Xperia X. And with that came the Xperia X, Xperia XA, and Xperia X Performance. All of which are at different price points. Now it is looking like Sony may have another flagship device coming in the second half of the year, if this GFXBench listing is anything to go by. Sony has typically released two flagships a year. Something that has brought about much criticism to the company, especially considering how long these smartphones take to be available.

This new smartphone is sporting the model number H8331. And according to the GFXBench listing, it’s supposedly running on Android 6.0.1 and features a 5.1-inch 1080p display. Showing us that Sony has decided to continue with 1080p panels, instead of opting for a QHD panel like most of their competitors are doing. The listing also shows that the device is powered by the Qualcomm Snapdragon 820 processor, and not the newer Snapdragon 821 which was announced earlier today. We’re also looking at 3GB of RAM and 32GB of storage, with a 21-megapixel rear-facing camera and a 12-megapixel front-facing camera. Not quite the most high-end smartphone out there, especially since most smartphones are coming with 4GB of storage and a QHD or 2K display.

With IFA coming up in the first week of September, it’s likely that Sony will be announcing this new flagship at their press conference in Berlin. Although that is not confirmed, seeing as we’re almost two months out from IFA, many companies haven’t even announced their plans for the trade show just yet. Sony only recently made their Xperia X line of smartphones available worldwide, which has many people scratching their heads as to why they are already getting ready to release a new one, especially before the end of the year. But it is something that Sony does quite often, so it can’t be that much of a surprise. One has to wonder how Sony expects this to compete with the likes of the Samsung Galaxy Note 7, OnePlus 3, and the new crop of Nexus smartphones also coming this Fall. 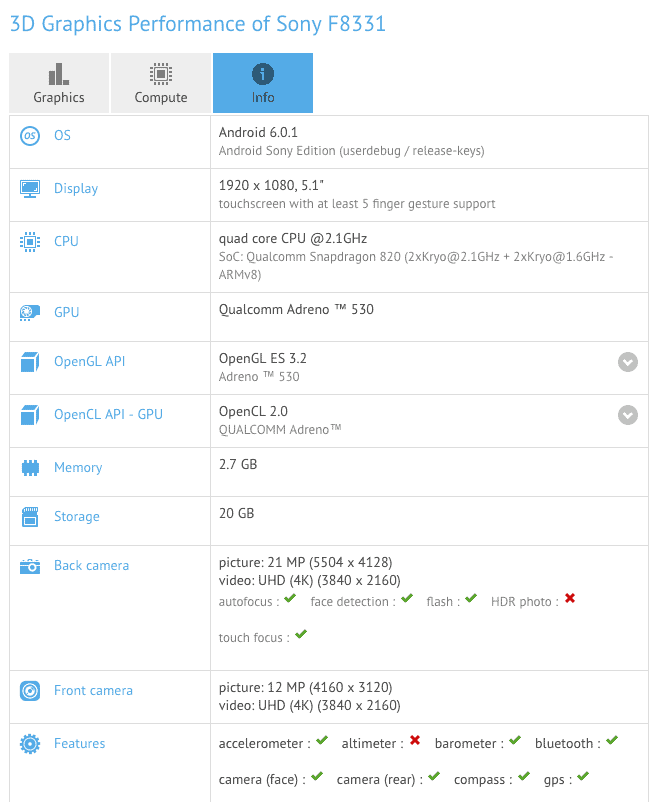