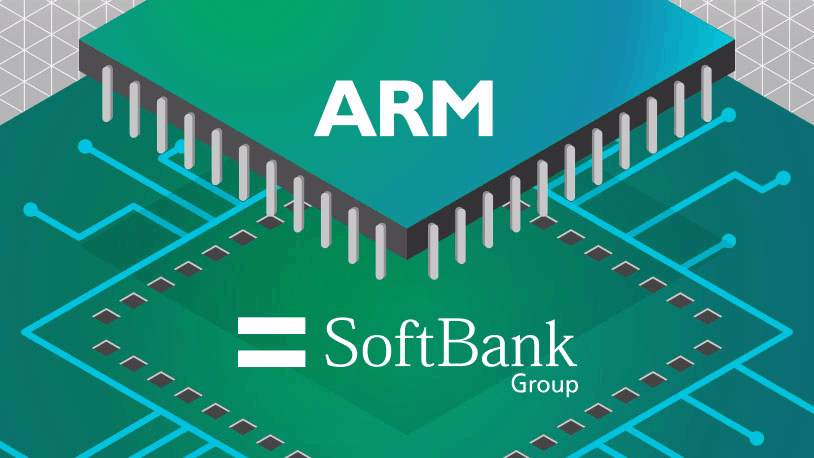 While there are many different technologies that are important in the world of smartphones and mobile technology, there are few as important as the silicon inside them that keeps the whole show running. While many will be familiar with the Qualcomms and Samsungs of the world, and their Snapdragon and Exynos CPUs, there's a company behind all of these manufacturers that makes it all happen. That company is ARM Holdings, a British firm that creates the CPU core designs, as well as the architecture and instruction set that the vast majority of smartphones and tablets rely on to actually get anything done. Now, this company is set to be purchased by Sprint's majority owner, the Japanese SoftBank Group for $32 Billion.

The deal was announced today, and will see SoftBank purchasing the Cambridge-based company for £17 a share, which is a premium of 43% over recent valuations, resulting in a GBP price of £24.2 Billion, roughly $32 Billion at the time of writing. This deal isn't your typical takeover, as SoftBank has a history of working with their new assets, to help them grow and reap the benefits. With this deal, SoftBank has agreed to commit to a further 1,500 jobs inside the UK, as well as more overseas, and the two seem to share a "shared vision" with an infographic (included below) promising to keep ARM's culture, brand and DNA alive and well. Crucially for other big players in the market, this deal shouldn't have any impact on the way that ARM has done business for the last 20 years, and will continue to license core designs and other blueprints to companies looking to create their own processors, such as Qualcomm and NVIDIA, to name just a couple.

For ARM, this deal seems almost too good to be true, the Japanese firm has offered them a near 50% premium over their current stock value, and all this following the recent decision to leave the European Union. To say that this deal has come at the right time, would perhaps be something of an understatement. With the pound still weak against the dollar, as well as other currencies all over the world, this deal would have been worth $4 Billion or so more just a month ago. This uncertainty in the UK economy could perhaps drive more deals like this, as International investors see an opportunity to save some money on big ticket enterprises. Meanwhile, SoftBank will have an asset that is only set to grow, and given that their mobile network in Japan brings in the majority of their revenue, this deal invests in the future at the very core of the SoftBank Group. 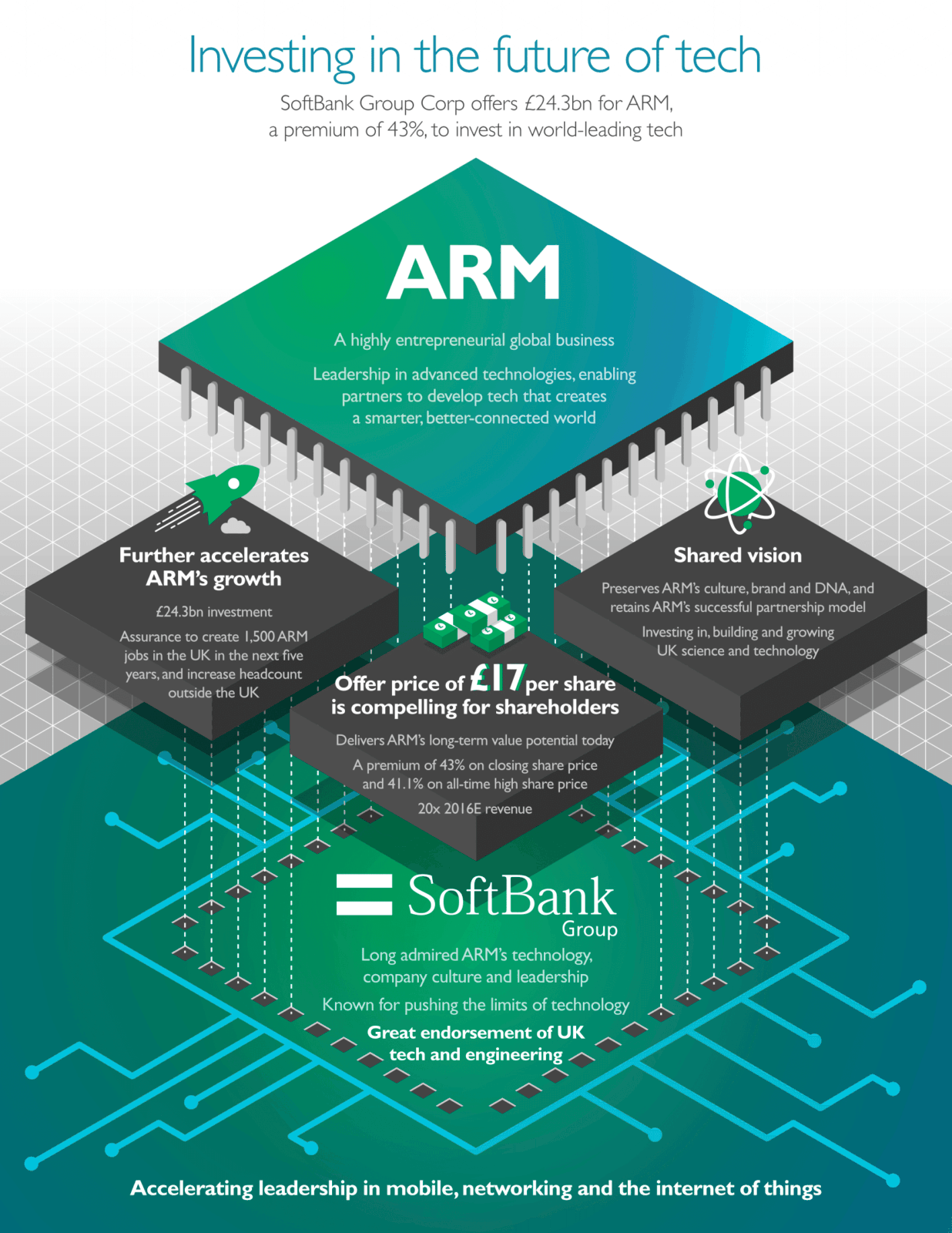